In the break between end of the last tour (home on 29th July) and the start of this one (Bournemouth 29th October), we discovered a flaw in the brave new world of “David as manager of King Crimson, and producer of recordings”: namely that I cannot be in two places at once. And there are not enough days in the hour. “Meltdown” – the Live in Mexico CD and BluRay was duly completed – if a little later than intended (and for those who have not seen it there is a taster of “Indiscipline” on Youtube. It is a rare insight into a band at the top of their game). But what of “Heaven and Earth”, the Projekcts/Double Duo boxed set planned for this Xmas…and…and…and.

“Heaven and Earth” has been delayed until next Easter – we are trusting King Crimson fans to dispel the myth that you can only release such sets at Christmas. It cannot be next Christmas, as there is the small matter of a 50th anniversary to honour at the end of next year. I read on a forum that “David said” that the Court of the Crimson King boxed set will be released this Christmas. I did not. I said NEXT Christmas. Christmas 2019!

And now, before I have time to blink, a new tour. Which of course means a new photo by Tony Levin. For a world class photographer, I think we can all agree that he is also a pretty good bass player. 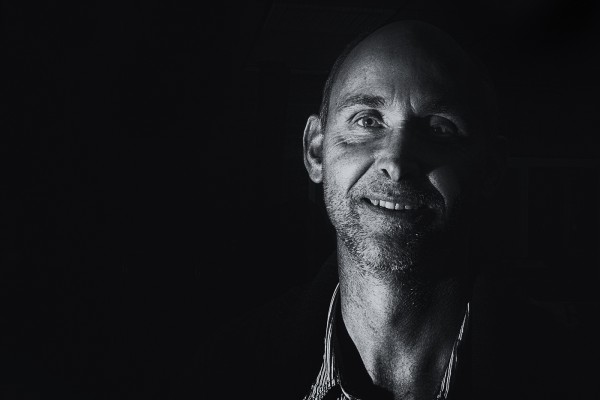 And another Family and Friends concert. This one had a particular poignancy as the return to Bournemouth felt slightly like a “coming home” for King Crimson.  “Giles, Giles and Fripp” was originally a Bournemouth group, as were Greg Lake’s “Gods”.  The Royal Bath hotel, where we were staying, was an occasional gig for the teenage Fripp – and it seems that they have kept it as a museum in his honour, by steadfastly refusing to touch the decoration in the interim. I met with Michael Giles in Bath only a week ago as part of the ongoing King Crimson documentary, and yet here we were again: 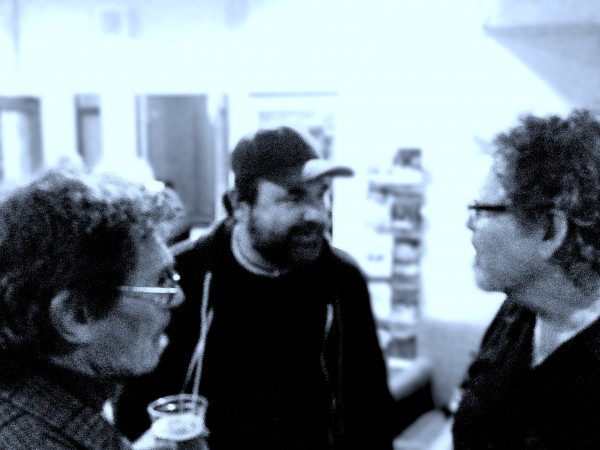 And then onto Cardiff. The land of my wife’s fathers. And her sisters. And her expanded family. Many of her family attended the show, experiencing King Crimson for the first time. At half-time, one of them told me that “Robert Fripp has an amazing voice!” She was right (although referring, of course, to Jakko). His singing was indeed astonishing. “There’s lovely, isn’t it!” (my own incompetence in learning Welsh remains an ongoing embarrassment).

I crept up into the choir stalls beside the band to capture the last strains of Schizoid Man. As my friend, Mike Sunderland, pointed out after the show – there aren’t enough superlatives to describe this band. 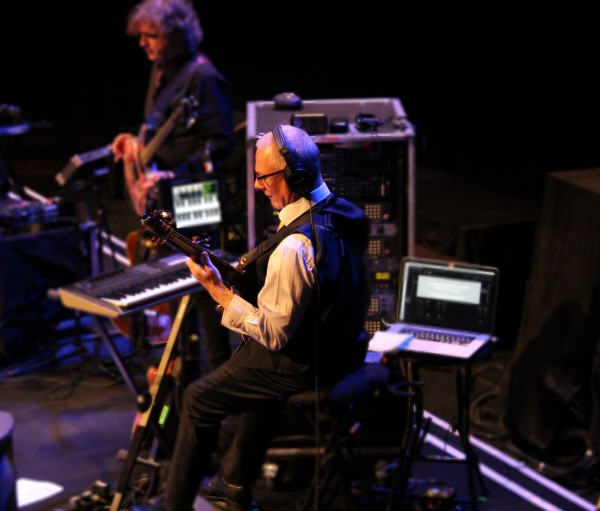 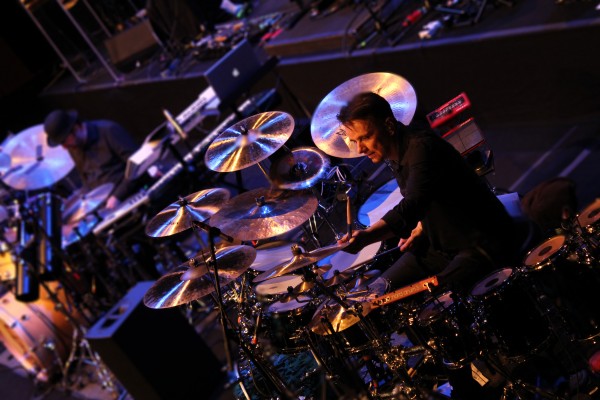 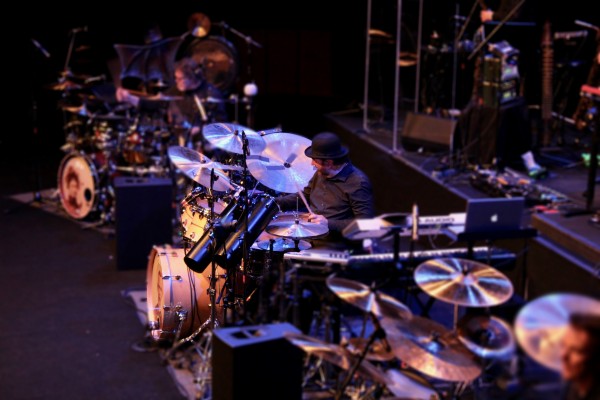 The various family attendees meant that I stayed for the after show "meet and greet", where I also met with mix-king Chad Blake, now resident in Wales, whose path has inevitably crossed many of the Crimson fraternity. He told me that he uses “Ladies of the Road” at his seminars as an example of a perfect mix. Perhaps not coincidentally, it is the only Fripp/Singleton remix that we rejected (intended for inclusion in Frame by Frame) – precisely because we felt that it did not meet the standards of the original. In passing, I learnt that it was one of the songs which this band originally trialled in 2014. Possibly with reinvented lyrics.

And so to today's hotel - the hardship! A doorman to escort me from the taxi to the reception hall. Another to take me to the check in. A third to show me to the lifts. And a fourth to take me to my room. This is either a level of service to which I would like to become accustomed, or perhaps, preparing me for an old people's home as I am apparently incapable of looking after myself. When asked at the Royal Package yesterday about the secret ingredient which now makes this one of the longest King Crimson incarnations, Jakko's reply was "Dementia! Some of us think we have only been in the band for a couple of weeks!" So maybe it's the latter.