First the fun stuff: My hotel bedroom is on the very top floor of a 27-storey building. I therefore have the net curtains permanently drawn back so that I can enjoy the spectacular view, just drawing the main curtains at night. There is not another window in sight. No-one overlooking you.

And yet this morning, I was awoken by a knocking outside my window. Perhaps a bird had flown into it? I drew the main curtains back…to find a window-cleaner, suspended on an abseil rope, staring back at me! Was I dressed? Like the best mysteries, that is for me and the smiling window-cleaner to know. 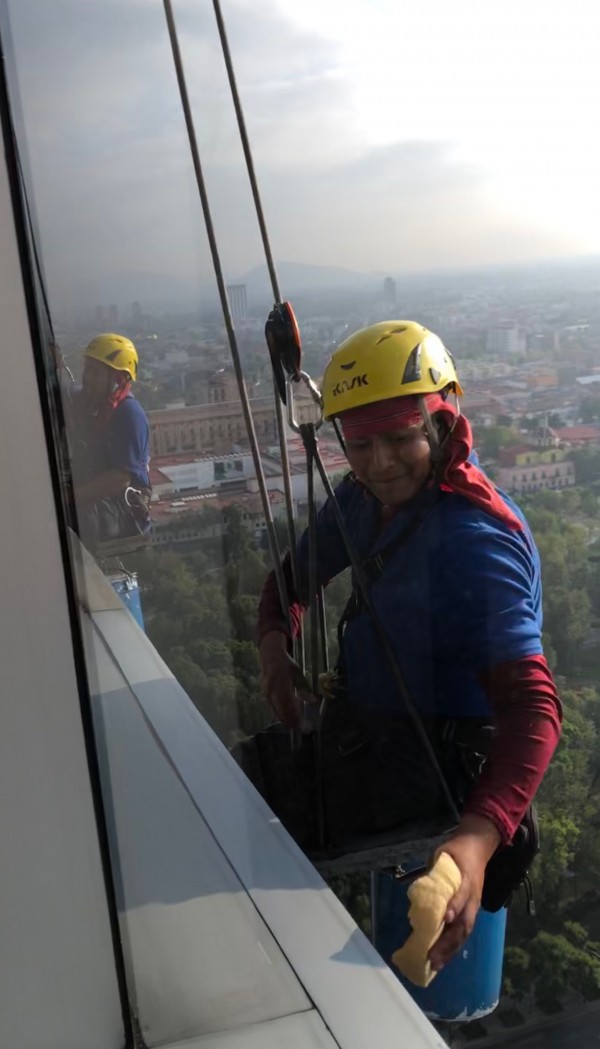 And now the boring stuff: I have been asked to respond to the following upset fan, who writes as follows:

“Why are we not able to take pics with NO flash? I am paying a TON of my money to attend??? I was able to take all the pics I wanted to at the Rolling Stones show on August 22.   King Crimson isn't even on the same page as the Rolling Stones, so what gives? You explain to me what the issue is? Their egos aren't that big are they? I am very un-happy with your short answers to me. Explain what the camera issue is? You can surely rip customers off, but un-willing to explain WHY? Please address my concerns and please elaborate. Thank you. “

So HERE WE GO AGAIN!!

Firstly, you can take pictures. Everyone is invited to take all the pictures they like once the band have finished playing.

Secondly, the no-photography request has nothing to do with ego (I generally find the larger the ego, the more people want to be photographed). It has everything to do with music and the magic of a never-to-be-repeated musical moment that can change our lives. Imagine if you will, that you have practised every day for the last fifty years to deliver the perfect line of poetry. And when you are finally delivering that line after all those years of practice, the person to whom you are speaking stops listening, rustles around in their pocket and starts taking your photograph. In a flash, their action destroys the magic of the moment, completely devalues the poem, makes a nonsense of your years of preparation, and undermines all you have worked for. Better to have concentrated on your wardrobe than on your art. As Bob Dylan put it “do you want me to pose for photographs or perform music?” You can have either but not both at the same time.

And to those who argue that one picture can surely do not harm, there are two answers:

Firstly, if every person in a 3000 strong audience takes just a single picture in a two-hour concert, there is a picture being taken roughly every two and a half seconds ie. the disturbance for both the artist and other members of the audience (who might, God forbid, being listening intently to the music) is continuous.

Secondly, as Robert Fripp puts it so succinctly, it only takes one prick to burst a balloon.

At The Royal Package in Mexico today, Robert pointed out that the relationship between the band and the audience is inherently unfair. The audience pick the band they want to see (and rightly expect them to be experienced and competent). The band however do not get to choose who is in the audience and whether they are drunk/sober, loud/quiet, listening/talking etc. even though the actions of the audience are just as important for a successful musical event as those of the band. Once a band loses trust in an audience, a “professional” concert, where all the right notes are played, continues to be possible, but all else is lost.

There are, of course, many artists who are happy to be photographed while playing - including the Rolling Stones, as mentioned above. I have enjoyed their concerts, waved my camera and taken many photographs. And they were wonderful, memorable events. Those concerts have a different way of working. But it is also wonderful to be free of the incessant distraction. For King Crimson, and many other artists, a concert is a sacred event (sacred not solemn. It can be great fun). Robert retired from live performance in 2008 because he believed that in the modern “I have paid my money and I have my rights” culture, true musical events as he understood them were no longer possible. Fortunately (as testified by the hundreds of emails I receive saying how recent King Crimson concerts have touched people’s souls), he has thankfully thus far been proved wrong.

If you feel “ripped off” because you cannot take pictures, better not to attend.

The above is my personal explanation – not the official explanation of the band or indeed Robert Fripp, but please feel free to share.

And having taken endless photographs of the photocall at the end, the one from Guadalajara is possibly the best yet… 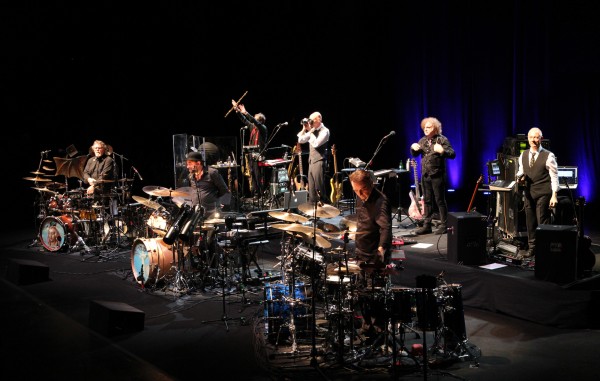 And some murals from Guadalajara... 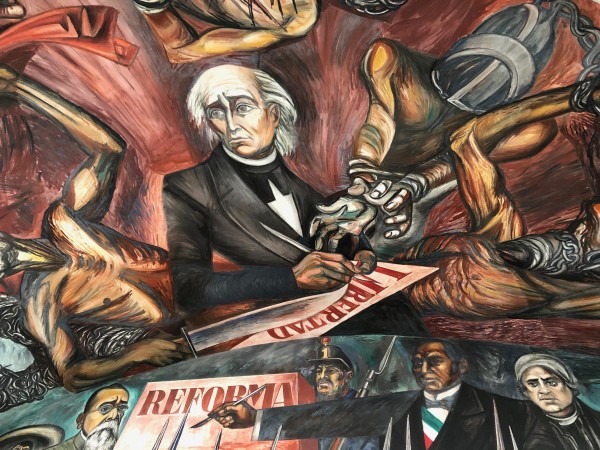 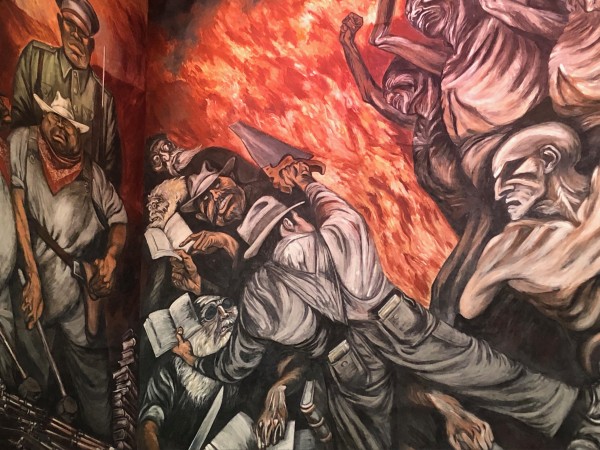 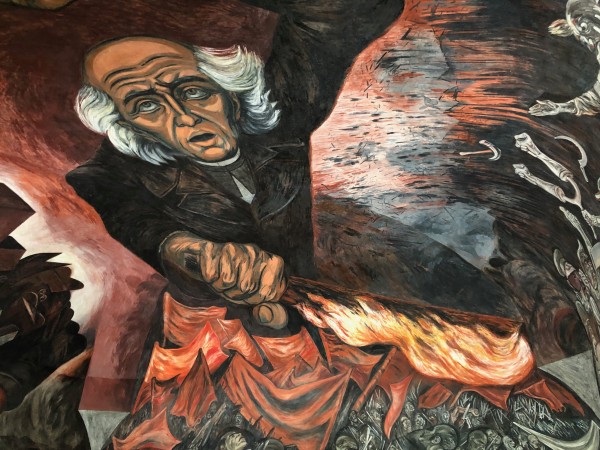