At the recent Royal Packages, Robert has been addressing the question “Can music change the world?”  If the current resident of 1600 Pennsylvania Ave (less than 500 metres away) was to open his bedroom window at this very second, he would hear the strains of “Easy Money” floating in. I am not sure exactly how that might inform his world view. I suspect the subtlety of the lyric and the music would be lost at that distance. And he probably finds money easy enough already. But hopefully the music will change some of those attending the concert tonight. And with them, in a small or large way, the world. There has definitely been a shift in the perception of this band during this tour.

When we first arrived in Denver, I wondered why we were returning to the Paramount. Should King Crimson not be moving elsewhere? But it was probably the most generous and certainly the most vociferous audience of this leg so far.

The photo is of the final chord of 21stCentury Schizoid Man as the drummers stand and grasp their cymbals. 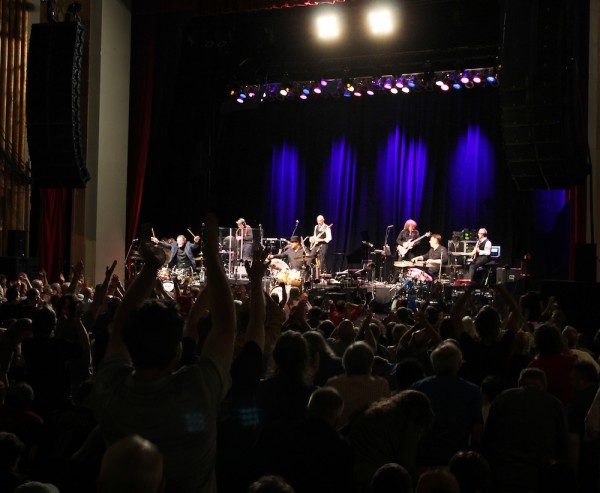 And then another great gig in Chicago. Viewed from the stage, the venue rises endlessly. You keep thinking that your eyes have reached the top balcony, and then realise that there is another above it. And then another. And they were all packed. A complete sell out. I am sure Tony Levin has captured that from the stage. My own photos are looking the other way. 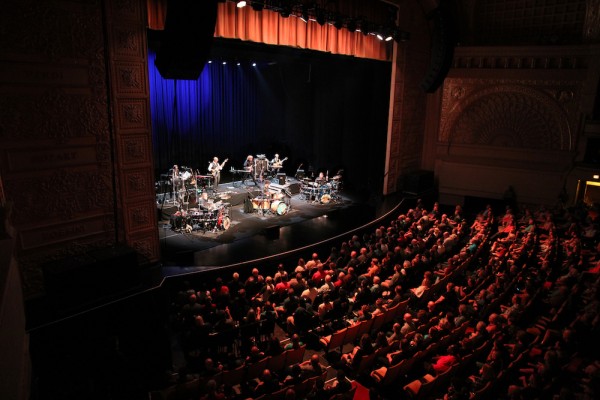 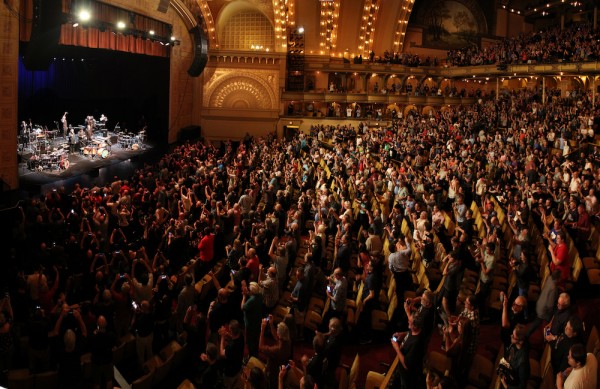 Another day, another aeroplane. Tomorrow we fly to Toronto. Business class is full, so I shall be joining the real heroes and hard workers of the tour further back in the plane. A good thing – as I wouldn’t wish to become soft and entitled (although happy to enjoy it while it lasts. The airport lounge in Chicago was a revelation).

The train to Kanazawa

Show One. The Olympia Paris