Toby Amies https://en.wikipedia.org/wiki/Toby_Amies continues to film footage for Cosmic F*Kc http://www.ghostcultmag.com/tag/cosmic-fkc/ and rides to the Haus Auensee in the first / 13.30 van. 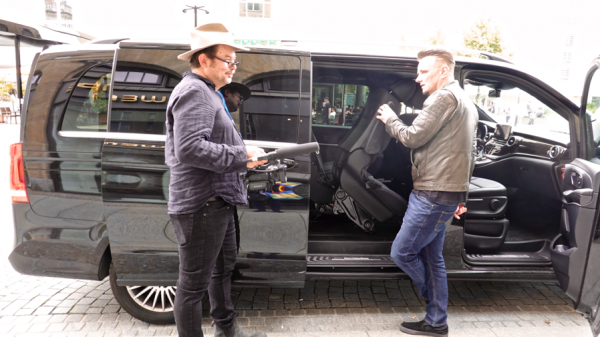 Today is the first public performance of the KC Fiftieth Anniversary Celebration Tour, and the first Royal Package: programmes to be signed. 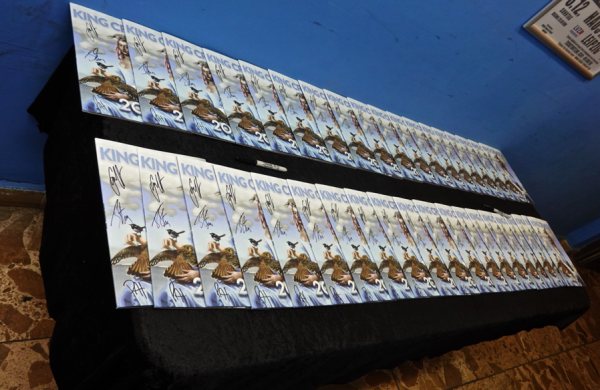 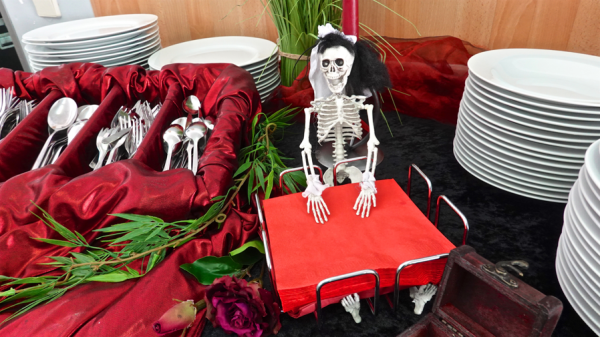 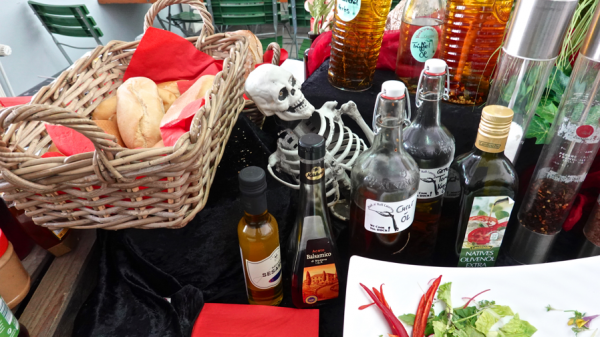 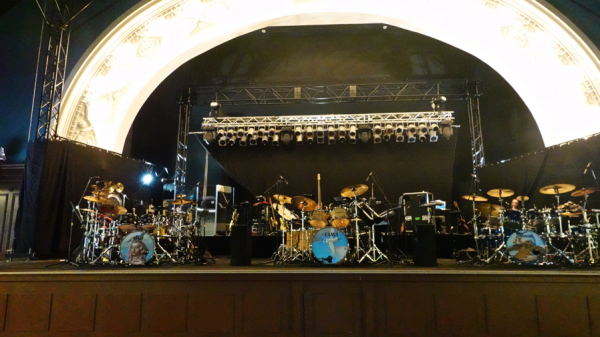 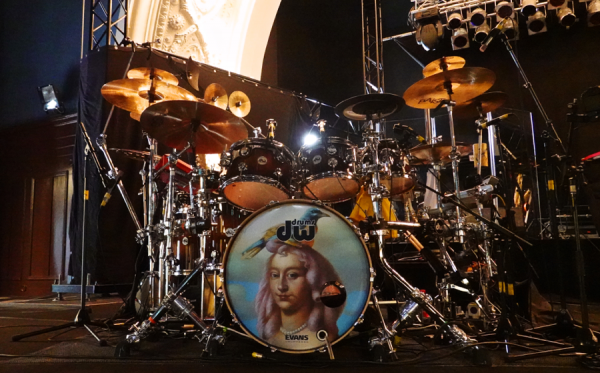 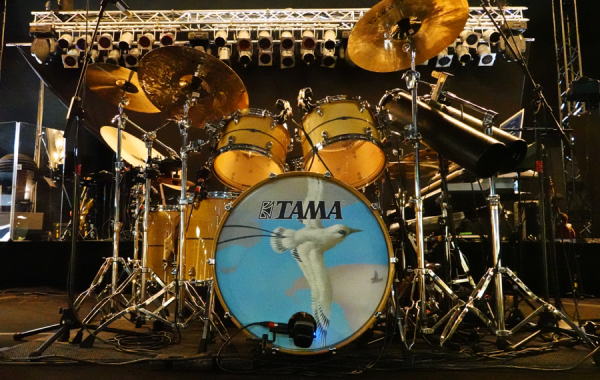 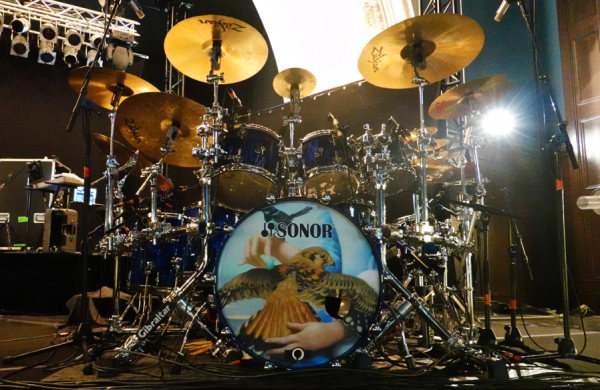 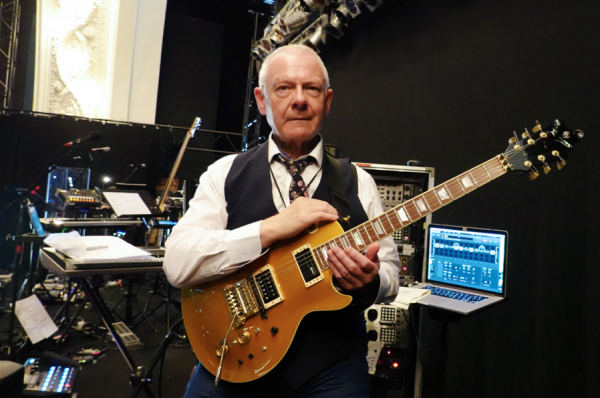 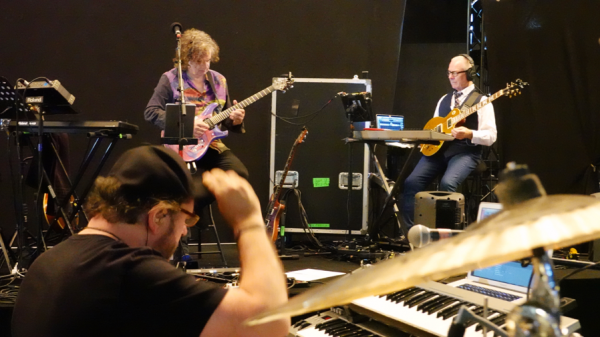 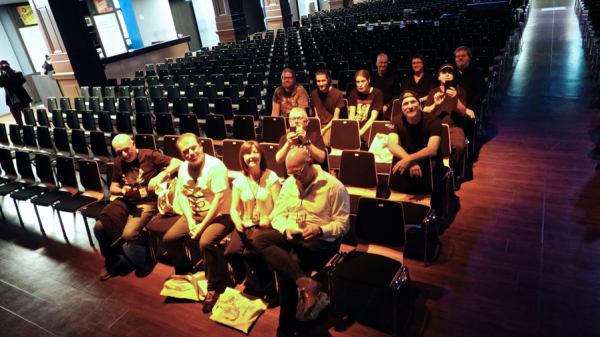 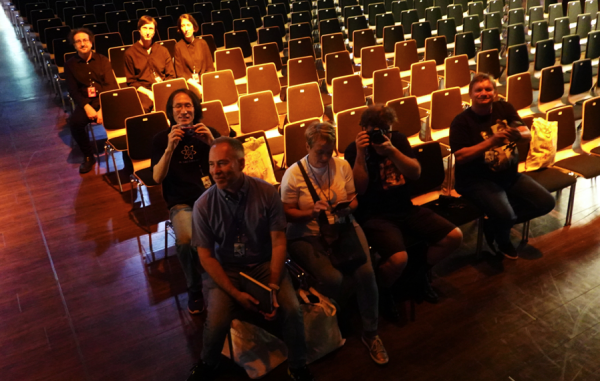 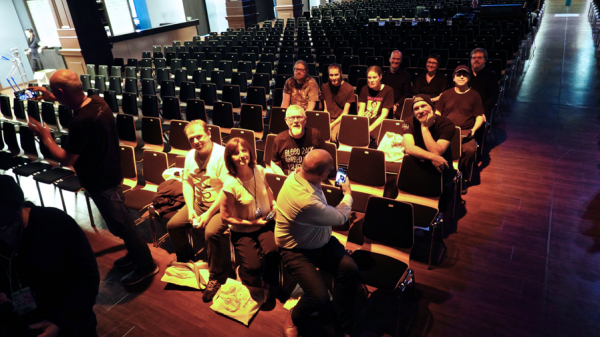 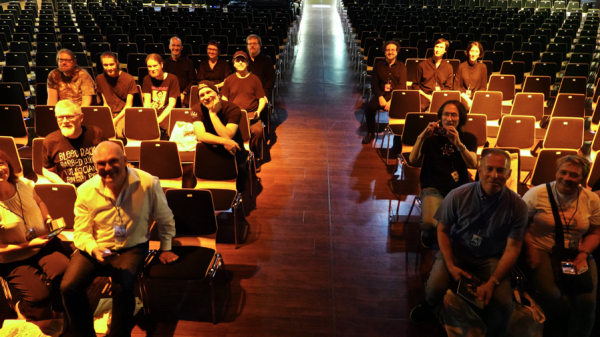 First set: one hour and twenty-two minutes, exactly the same as yesterday. Overall: two hours and fifty eight minutes. Very well received by a full house. One or two wheels began to wobble, but none took on independent trajectories away from the Crimson carriage.

A very hot and sweaty onstageness for KC, with erupting lightning and downpourings outside around the mid-point. Not sure how the sound was in the house, but onstage the sound was much tighter than last night; perhaps c. 1200 bodies soaking up the reverberance.

Yesterday in our Family & Friends show, everything was going swimmingly (yes, a sonic pun) right from the beginning; but at 45 minutes I noticed a change in the atmosphere (confirmed by Jeremy and Mel during the Intermission). That’s when things began to fall apart https://www.dgmlive.com/diaries/Robert%20Fripp/rf-diary-june9-2019. This is (at least partly) a function of my/our available volitional attention. Much of the KC repertoire is a minefield, intentionally constructed in such a way that, when our attention wavers – oh no! oh yes! - we tread on a mine and there goes another KC wheel departing on its independent course.

This evening, I felt things come together at thirty-two minutes into the first set (ie 20.32). Partly this manifests as headphone/monitoring sounds falling into place. But experience suggests that, when the sound comes together, it’s more than the functionality of mixing/monitoring; more than the band playing well together; more than audients/audience listening and becoming engaged: Music has entered the building. When this happens, a performance is actually, properly and recognisably underway. Music, musicians and audients increasingly come together. In an Ideal Performance, even becoming the same Person.

This is not quite the intensity of experiencing as when Silence moves into the space between the notes, but is already a rewarding place to be. A note: I have to be careful having a good time rocking out, when I begin to get excited: legitimate responses, but - I become seduced by the music, my attention drawn away from the primary responsibility: holding the space open so Music may more freely enter.

In my early professional years, these comments would have been nothing remarkable, whether made by a young player or a working player of long experience; except they would most likely have been made by the young player. In my case, an established life-trajectory in estate agency/real estate re-directed by the power in/of Music. Today, in large parts of our market societies of the industrialised Western world, they smack of horseshit.

This is not the time to witter about large open-air festivals and performances of the late 1960s/early 1970s, particularly the free festivals; and the spirit present in/of those events (the last time I had a sense of anything like this was Live Aid in 1984). I type these words without nostalgia. Those are not times to which I happily return my attention.

When people come together with music (on whatever scale we operate) it can give a taste of what might be possible in the larger society; the larger society formed of smaller societies; themselves coming-about in turn from smaller groups and groupings.

The primary difference between then and now IMO:

In 1969 it was as if Music were trying to give itself away, and very little had to be done other than to open our hands and receive what was freely available. Today, we have to do the work.

Is Music freely and readily available in 2019? You betcha. The problem is, we are not. That is, to accept and receive what is as freely available as ever, we have to intentionally engage with it. We have to do the work. Music never goes away: we do. From this, follows a course of action.

In strange and uncertain times, such as we are living in, I find Hope in live performance. 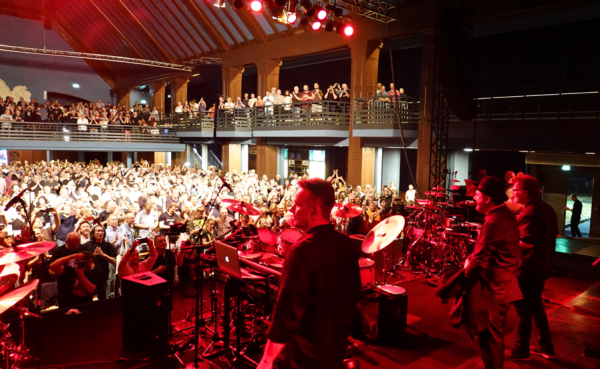 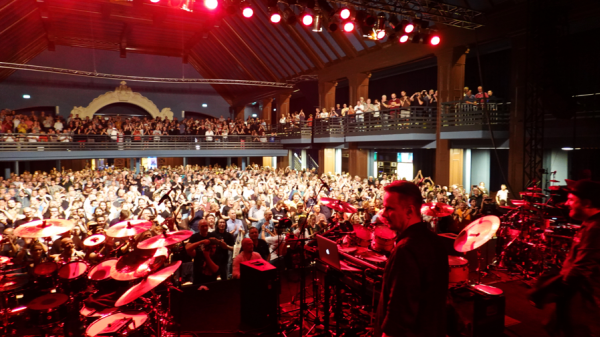 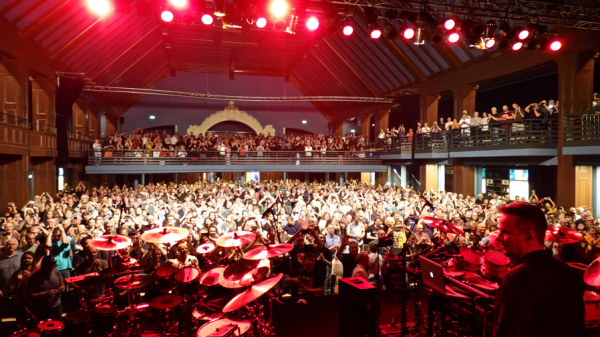 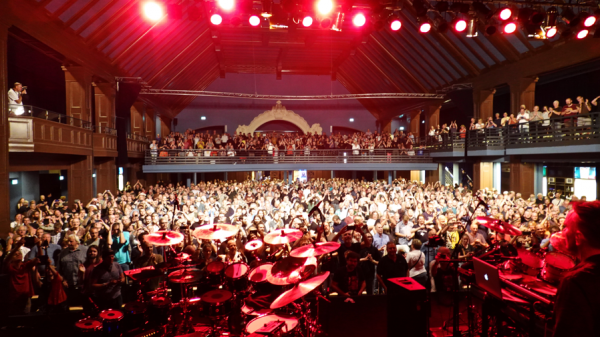 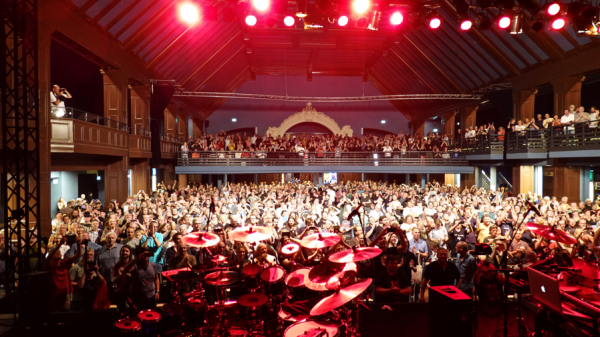 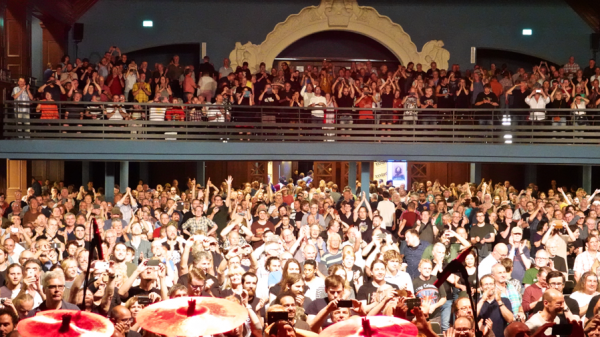 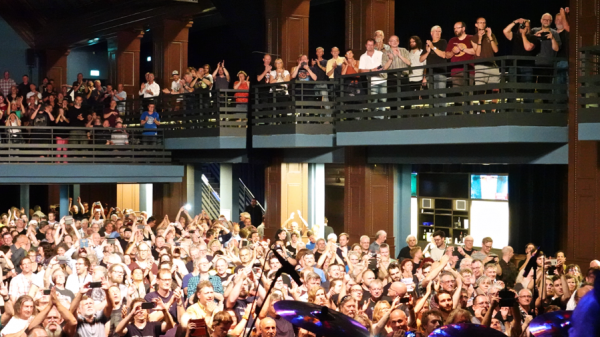 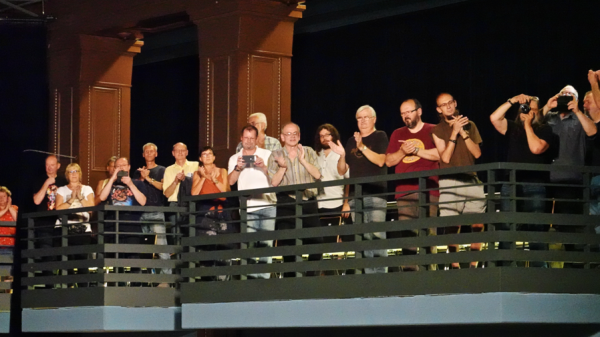 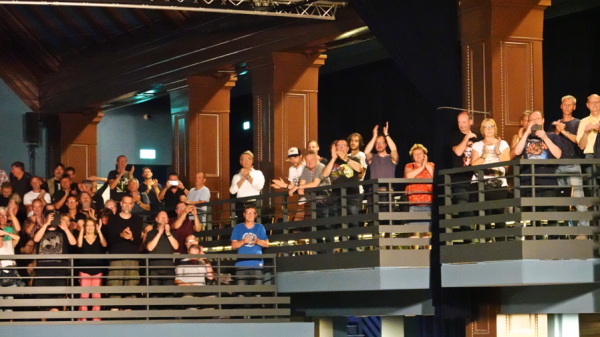 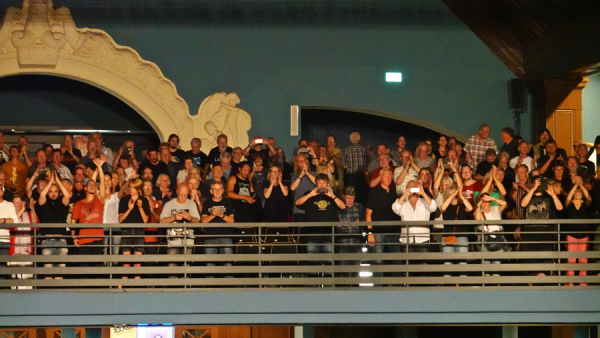 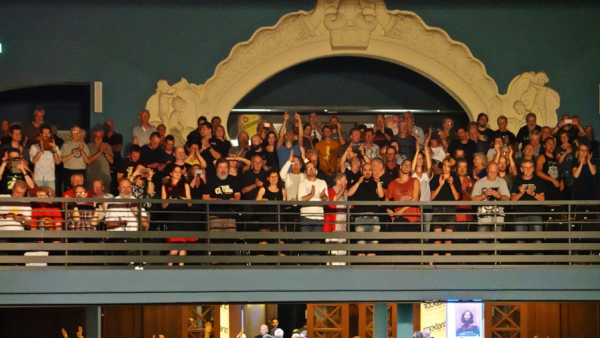 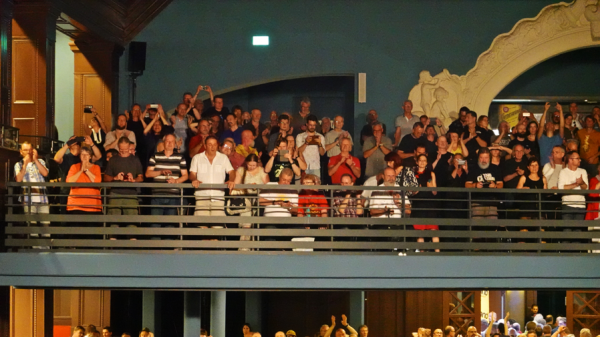 Back to the hotel and a call from Toyah – yippee!