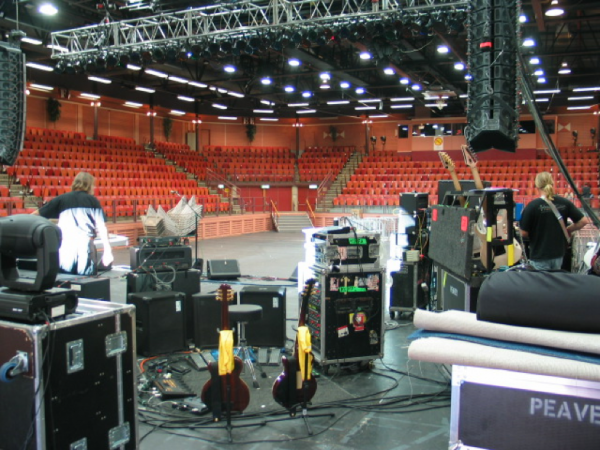 The sound onstage was contained and concise. Apparently the FOH was very difficult: the sound came off the stage and died.

Soundscapes: new areas. The booing was quieter than the last two nights, but then so was the applause for Joe. Overall, a Northern European response from a supportive audience.

Good Vai and Satch sets. Always  went much further than usual: a stomper that had me bouncing on the side of the stage and the audience clapping politely. Anyone who has toured Japan knows this approach: a measured response during the performance, and then (perhaps and hopefully) mucho enthusiasm at the end.

The G3 jam: properly, a G2 jam with support from behind. G2 are quite astonishing and with enough information for any guitar enthusiast. The Lunar Module dropped half of my sound, which had John on the floor looking at stuff and (successfully) figuring the problem (a dummy plug in the back of the GR30). Briefly, my soloing was weak and inadequate, but offered and accepted in good spirit.