A key limitation: the acoustics. During beginning-rehearsals here in Leipzig https://haus-auensee-leipzig.de/en/ onstage sound was as bad as at the Amsterdam Concertgebouw (13-14july20198) which set a new standard for me in attention-demanding performance-sonics. With the re-set stage, curtains, and some bodies in the space, onstage sound this evening was difficult-but-possible (Amsterdam Concertgebouw = difficult and impossible).

The Haus Auensee is exceptionally reverberant: alternatively expressed – the sound = el sucko to the max. Appalling. On a scale of zero to Lagland Street Boys Club, Poole, in 1965, Lagland Street is well surpassed. On the third day of rehearsals, to limit the sonic damage, our excellent Road Team moved the back-line further backwards, with some limited success. Following the instructions of FOH Chris Porter, much of our repertoire was excluded from setlisting as impossible to hear in this space: ie little/no metal Crim and lotsa-notes Crim, and foregrounding the quieter, mellotronic and balladic Crim.

King Crimson is the only band of comparable quality, known to me, that manages to make (what conventionally would be described as) egregious errors. Wheels fly off the Crimson carriage, take on independent lives for a while, then gradually re-attach themselves to the vehicle and bump on down the highway - usually. This is easily understandable with new material, but core repertoire?

Q: How could the first guitarist utterly re-arrange major sections of material that (nominally) he wrote and has been played on several tours around the world?
A: With accomplished and practiced ease.

In addition to new material for this incarnation, we are re-integrating as a septet; which requires re-distributing Mr. Bill’s parts and some re-arranging. The bulk of heavy-lifting falls to Jeremy, who is now heroically splitting-his-hands to a greater extent than ever, between drums and keyboards. 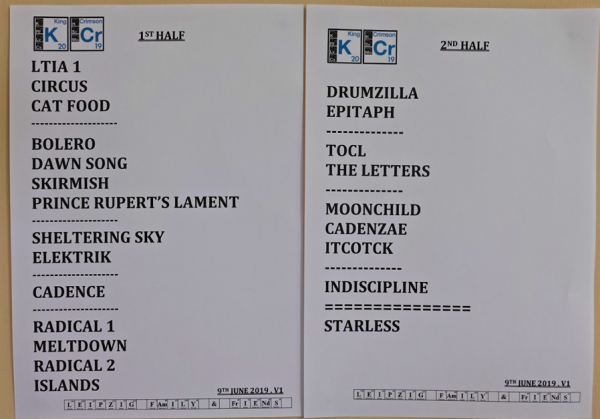 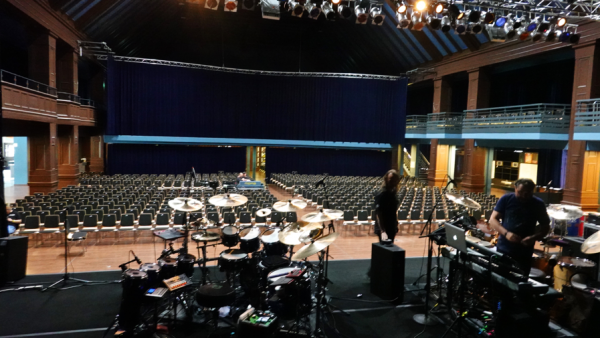 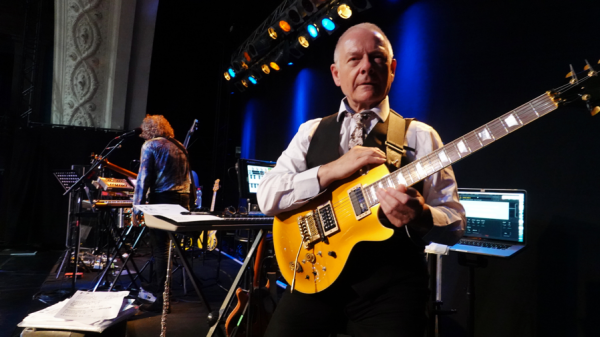 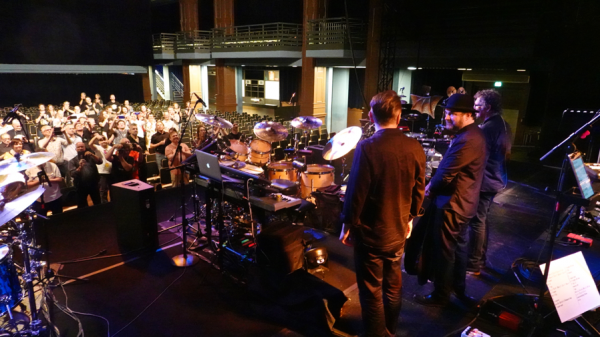 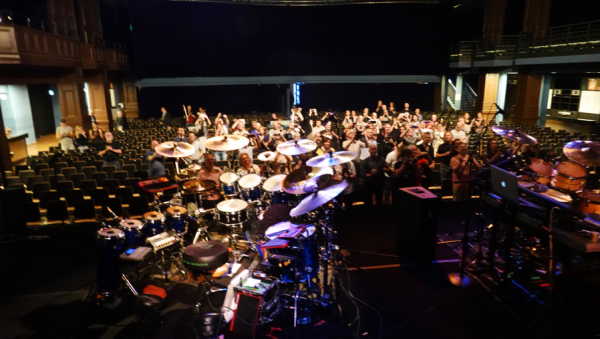 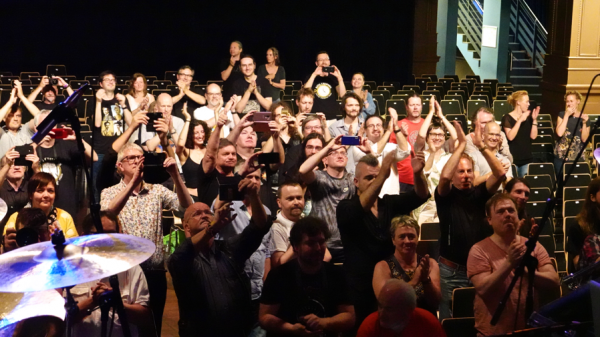 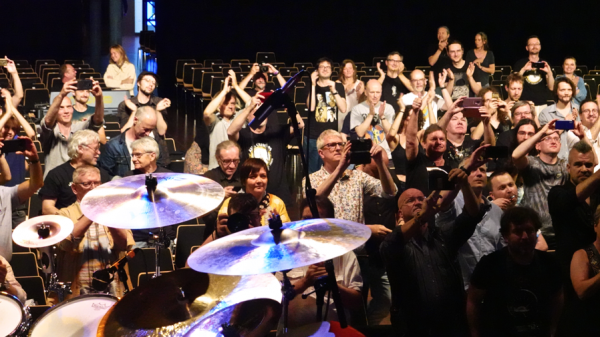 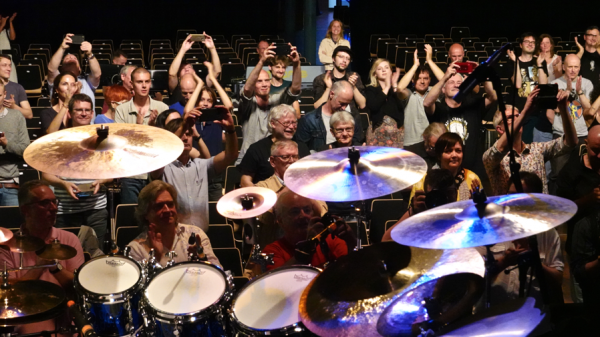 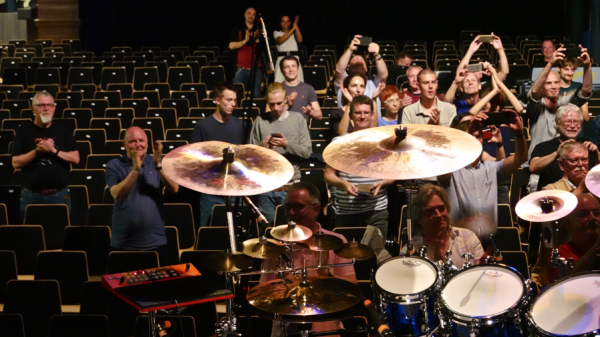 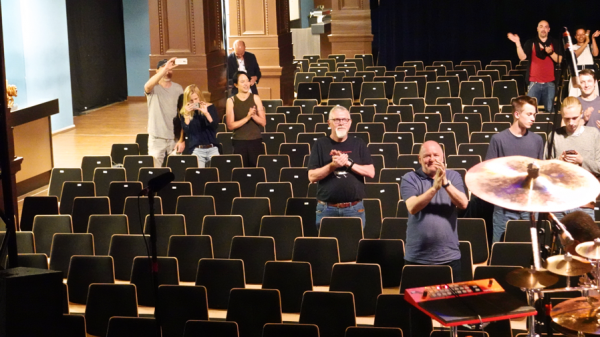 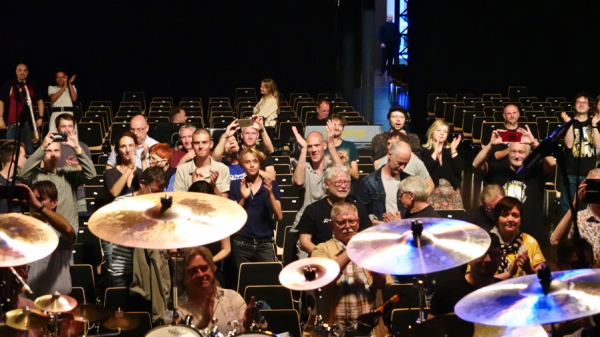