Morning Exercise walking down the garden… 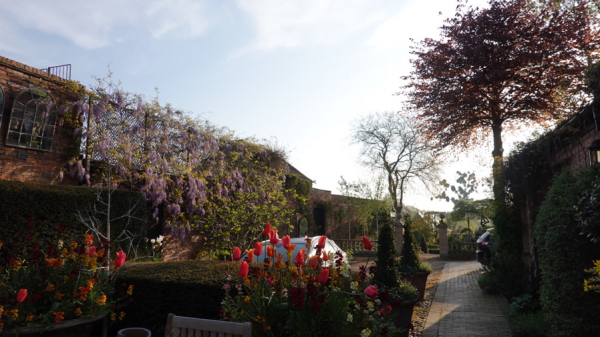 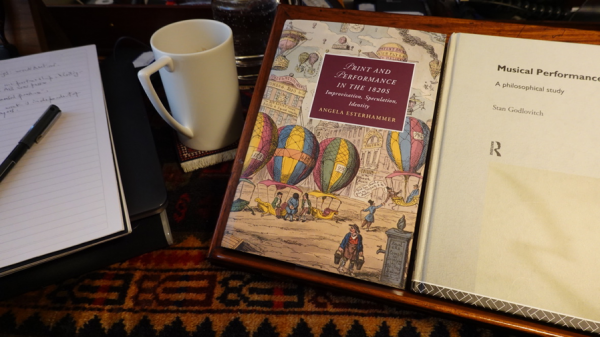 Compiling Music For Quiet Moments and associated material, such as diaries and pix. This is part of a larger process currently underway: recapitulation. From various GC courses…

Recapitulation is an easily forgotten element of a practice. Our experiencing of the day escapes us.

Structure of the day

PF: Why recapitulate? Why in reverse order? Why the whole day?
RF: Nourishment; unseating mechanical mind; seeing the whole.

We recapitulate the events of today that we may better digest our experiencing and nourish our tomorrow.
Recapitulation in reverse unseats associational thinking and the hold of the mechanical mind.
We are training ourselves to hold the overview of one whole day, to see it as one complete moment in our lives.

Recapitulation at this time in my life, as a post-mature working player, is useful.

Actually, Hotel Tired and Not Well Run with smoking in the bar and a broken-down lift (I’m on the third floor) but it’s near the cathedral. And this is my second room. The first had a view of a large air-conditioning plant with high decibel output, even with the window tightly closed.

And ongoing: reflection on The Question of Crimson. Pressure is put on me, fairly regularly and with various degrees of subtlety, to get the band back on the road. Last night (visiting Tool playing in London), vibrating with the powerful music, it was so clear: this music is great rock music, this is so much not my life.

Tool the band: committed, passionate. Great care into choosing appropriate venues. A three-year commitment to writing, recording, touring a major album. After the (London) show, the Toolers were getting onto the bus and setting off for Scandinavia.

I know the passion, commitment and dedication of the Toolers. I know this in myself and Crimson over the years. A main difference between Tool and Crimson (assuming a rough equality of talent) is that Tool is hugely popular and sell records and seats on a level that Crimson never did. This is not a complaint: this is a level of support which, when it has come close to me, has driven me away. The level of demand that accompanies this level of success is not for me. My respect for Tool that they can handle it.

But this is also a circus. The whistling, fists punching the air, beer in large quantities, is one approach to audience support. Level of security backstage, hustling, black market ticketing and t-shirt sales – all of this I know from Crimson. Increasingly, a circus which hurts me. And, from 1994–2004 one that has removed all joy from my touring life; and much of the joy from playing music.

This has nothing to do with playing music: it is a question of endurance, stamina and survival skills; a training of the will, but not the musical intelligence.

Of relevance to these ruminations, recently on the DGM Live Guestbook…

Reply to Mr Robert's opinion about performance in Poznan, Poland
Posted by tmarciniak on June 07, 2006

TM: I’d like to share my point of view of King Crimson performance in Poznan, Poland somewhere in the past… (RF: 9june2000 https://www.dgmlive.com/diaries/Robert%20Fripp/hotel-depressing-somewhere-outside-poznan-210916). I can fully understand Robert’s feelings. Poznan is my hometown, I’ve been in Arena hall for many live shows (including Yes, Deep Purple, Jethro Tull). The sound is bad, true.
RF: Agreed - almost. The sound is worse than that.

TM Yet there are no other sites where KC could gather few thousand people at this cost. It’s not true that ticket prices were acceptable low - they were about 1/10 of average salary in this country.
RF: This is a factor that continues to upset me. I was aware at the time, working in Eastern Europe, as in Argentina, that ticket costs are proportionately very much greater than in Western Europe and the US. So, how can we play an appallingly crap venue with unintelligible sound for 10% of someone’s salary?

TM: KC could have much better place to play, but much fewer people could afford it.
RF:And there’s the problem: if the music’s worth hearing, only the rich can hear it.

TM: I always thought that Robert is first after the spirit of music, than after the physical quality (I might be wrong here it’s just an alien opinion based on some interviews which I’ve read).
RF: Without wishing to scotch the justly deserved reputation of venality and heartlessness, the quick answer is, yes.

TM: I think that for Polish people, especially those living in Poznan it is the situation "we don’t have fancy great concert hall, yet we *love* music, so let’s go feel and live that music in our reality as it is until we can have better one".
RF: I can’t know whether that judgement is accurate. My own sense of playing in Poland was of exceptionally supportive audiences, forgiving of the awful sound that surrounded Crimson in performance, with the exceptions of a significant minority who were keen to feed on the artists.

TM: Imagine their feelings when someone comes and says "this place is not good, I don’t like it so I won’t be back here ever".
RF: Imagine the feelings of an artist who travels long distances, for long months, for pitiful income, to arrive at a venue where a relatively poor audience are handing over 10% of their income, and sees that nothing is possible for music in this place; and the best that can happen is to tough out the evening without weeping.

TM: One day in a places like Poznan there can be good places to perform music, but there will be no King Crimson listeners, because King Crimson left them alone.
RF: That’s what happens when you cook the golden goose. And better, for me, that there are no Crimson listeners in a situation where King Crimson cannot be itself, cannot be true to its musical nature. Only, to walk onstage and lie, pretending to tell the truth. It was hard for the other members of the band, knowing the English guitarist would rather not even walk onstage; and that only professional commitment and responsibility put him there.

As I mentioned to the promoter when entering the venue: The only good thing I can say is, I shall never be here again.

Putting it slightly differently, when the industry organises performance, everyone else loses; and sometimes the industry itself. 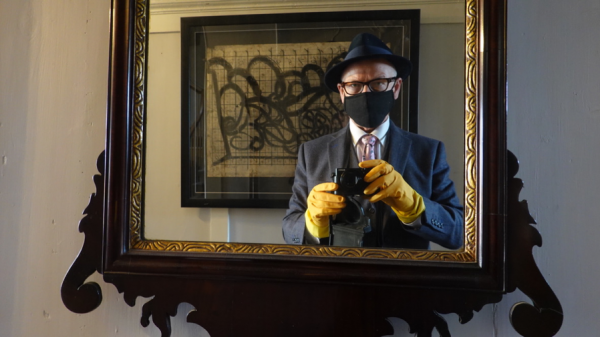 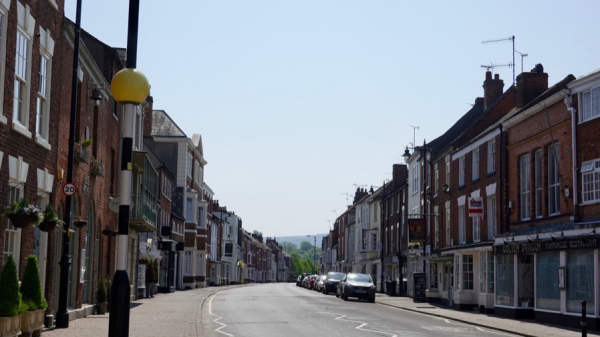 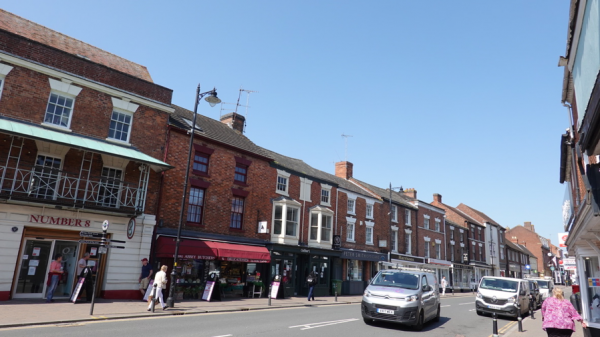 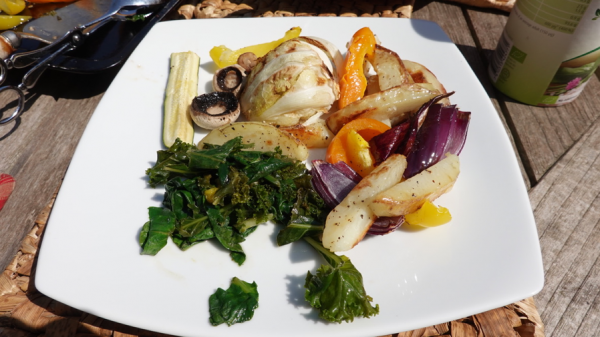 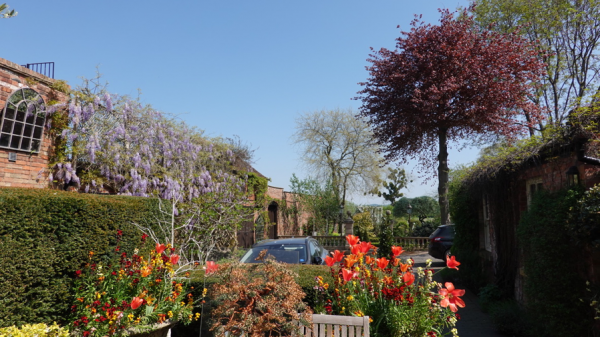