Reflecting on yesterday evening’s performance in Palmanova Piazza Grand. The Fifth Principle Of The Performance Event is: the possible is possible. Of the seven levels on which this applies, the first is that the performance can actually take place: physically, in the material world. (The Sixth Principle: the impossible is possible). Last night, we were within five minutes of the possible becoming impossible. This is very rare, in my fifty-seven years’ experience of getting into vans and setting off to gigs.

Online reports suggest that the organization was a mess…

Stefano Cecchel: But the organization was pity, it looked like the bean festival.

After the end of the cloudburst they reopened the barriers that closed the square to the exterior, everyone thought the concert was cancelled. It's arrived people from outside without ticket, people with umbrellas, drunk people not away and of course people went home. Obviously the places left empty magically filled, all from beautiful tough faces screaming and raised. I repeat, people who didn't pay the ticket and was watching the concert in places more expensive than mine.

All without a minimum message to megaphone to understand what was going on.
I witnessed fighting for places, fighting because people were screaming, scenes at the limit of decency.

The long-suffering audience became tired… in fact so many people a little tired went home, like those sitting next to me.

Regardless of the quality of organization pre: downpours, lightning and wind, post-weather eruption made a difficult situation very difficult: people without tickets gate-crashing, some of these drunk and photographically inclined; ticket-holders leaving after waiting for ninety minutes and not knowing the likelihood of performance; audients leaving during the performance, most likely tired and having had enough of disruptive elements.

The primary factor in choosing a setlist is the performance space. Only part of this is the acoustics. Each performance space / venue / auditorium has its particular spirit of place: churches, burlesque theatres, rock clubs, classical halls small and large; with performance and listening practices, determined mainly by the culture and history of the region. All these situated within the wider social / cultural traditions and conventions of the locality; and, in Italy, also the idiosyncratic nature of how the business works.

My view: the event, as intended, was an event-mediated-by-music, rather than a specifically musical event; which is entirely legitimate and valid. Tonight’s event became undermined, corrupted, spoilt – but continued despite the difficulties and nonsense; with heroisms from audients, performers and the KC support team. The choice: continuing in an imperfect situation and having no situation at all. Regardless of all exterior factors,  I trust that where people and music get together, something remarkable can happen: the impossible remains possible! but not if we go home.

Pinchas Zukerman: Sometimes an artist has to do the best with what they have (I recommend that anyone intrigued by this quote seeks out the story behind it).

The original performance time was scheduled for 21.30-24.15 (hard curfew). Cancellation was averted at five minutes notice, to my surprise. I had edited the intended setlist to a contingency setlist. 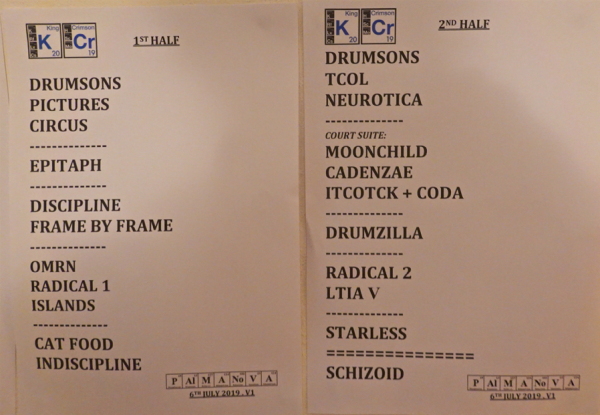 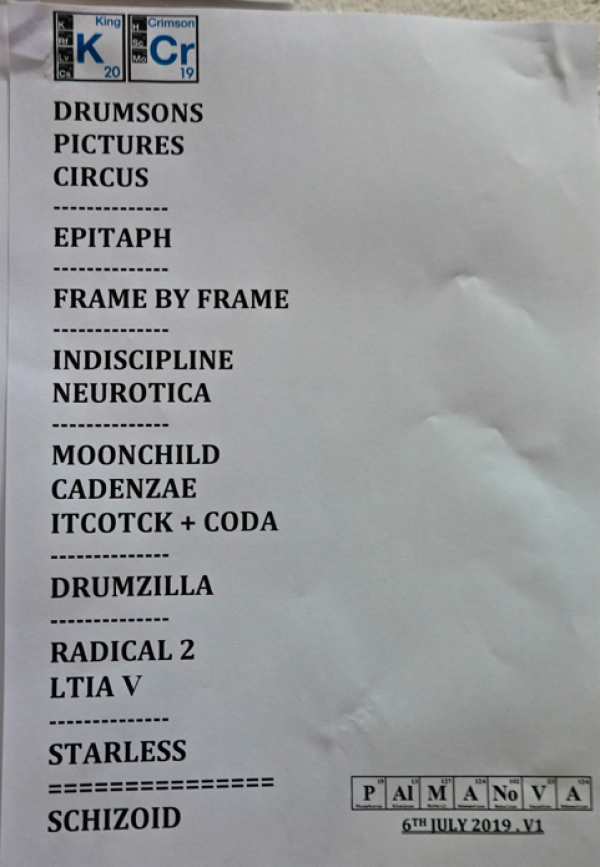 I found it difficult to gauge a sense of the audience. Something like, 3,000 – 4,000 audients rather than one audience. Not quite a King Crimson audience, with distracting elements, including those of the photographic and viddy kind. I am persuaded by Sr. Cecchel’s comments above,  and grateful to those good people who persevered under difficult conditions.

Hopefully, some of the music arrived. Actually, I believe it did. 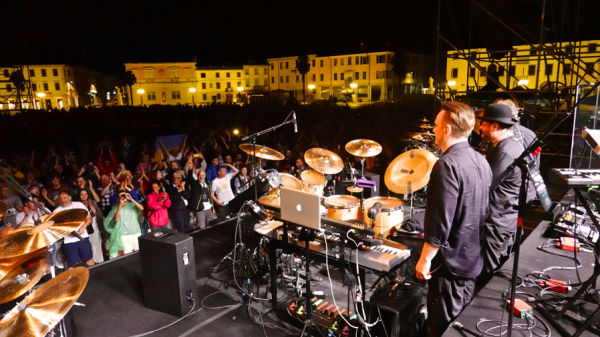 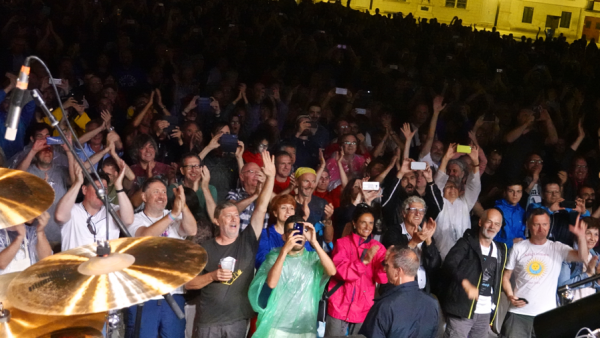 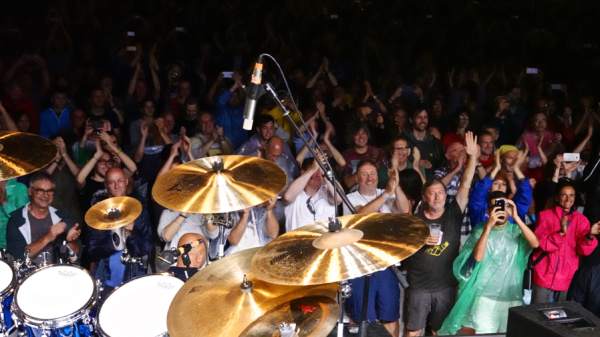 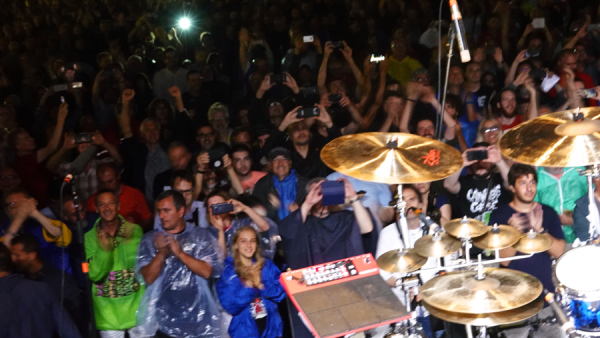