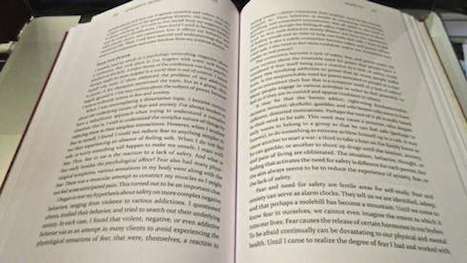 … in the Home Study. Thomas Philpott’s new Bookshelves Of Wonder And Groaningness I... 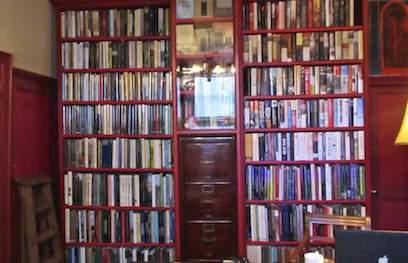 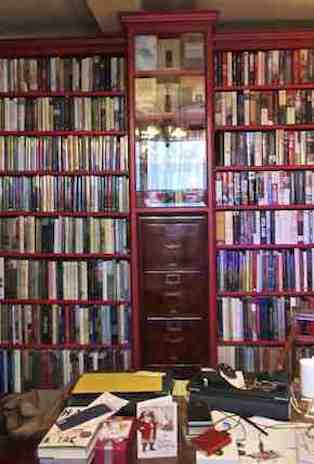 …  tower above where I am sitting, at a sofa-desk of the period variety. No sofa is in sight, but the extended width allows me three computers in a row of whirring buzzingnesses; and a little more space to be covered with stuff, stuff and stuff.  A mix of string quartets from Strauss, Verdi, Debussy and Ravel accompany my beginning-morning.

I
The DGM Guestbook.

Is it time for the Guestbook to find a new home? KC and my life are in a different time and place than one year ago, and yet the Guestbook seems about where it has been for a while, if not forever. Good comments and reports, plus a hefty dumping of whingeing and negativity. Negativity has accompanied much of my professional life but now it feels more out of place than usual.

Contrary views are not problematic: they are even necessary. And I have a high tolerance for dissent. But to go looking for seeming-contradictions (even where simple explanations, a little reflection or investigation, provides at least 90% of the answers) seems a rather dopey undertaking.

For many years, in person and the Diary, I have engaged with some of (to my eyes the dopier) commentary, filed in a Kicking The Wasps’ Nest folder. One of my longer-term aims has been to engage with audients who have been touched by music of which I am a player (and has also touched me). But it is probably impossible to explain the larger action of the professional life to any meaningful extent where someone is not in the medium, or a medium that is closely comparable. In any case, this is not my time for that.

Time to move on.

So, what is the aim and function of the Guestbook? And perhaps time for a site similar in spirit to Elephant Talk which is initiated and driven by the posters? How about, DGM switches off the Guestbook on January 12th. 2015 and (should anyone have sufficient interest) to switch on an audient-driven site on January 13th. 2015?

On March 25th. 1985 the first Guitar Craft course began in West Virginia. Guitar Craft’s creative current continued into the Guitar Circle and will soon be celebrating its Thirtieth Anniversary. Perhaps 3,500 people have attended courses, and there are currently several active Guitar Circles on three continents. From a conventional viewpoint, GC can be considered “a success”. GC is a form which has enabled a current, with objective value IMO, to enter the world and the lives of quite-a-few people. Most likely, I have benefited more than any other. Gratitude! Guitar Craft, and the Guitar Circle, are my proper work in this life.

But there is a danger in “success”. For participants who have been touched by the potent Silence that accompanies GC, there can be a tendency to see Robert as a Teacher. The danger, then, is that Robert might believe them. And then things get severely screwed. In established structures this often takes the form of rigidity, with the crystallisation of hierarchy and power structure.

GC has not yet reached this point. Nevertheless, this is almost inevitable in any process and requires intentional intervention for the current to continue on course.

Never be afraid to let go of a good thing.

The stage that follows is where, in order to continue truly, the process escapes our control. This is to be celebrated: if we could control the process, it wouldn’t be worth controlling. For our process to “succeed”, we move into a creative area that cannot be known beforehand: if it could, it wouldn’t be creative! Something new enters the theatre ex nihilo. As in improvisation, we take the leap unknowing of where we go. This can be scary - we might fall - hence the tendency to fix things where they are. And we might fly away to a place where life begins, again.

have been reflecting on the mid-term future.
i have a sense that something is approaching, but i'm not sure what.
i would like to leave myself open to - whatever.
2016-2017-2018 is a major shifting time IMO.

so, my intention is to meet existing commitments to courses, which currently extend to october 2016 in lunlunta;
and then do nothing - as much as i can! - after this.

1.    time for those who have been touched by their work in the Guitar Circle to use their initiative and deepen their practice.
2.    a new generation may step forward to accept positions of responsibility.
3.    those who need to do nothing themselves may also do just that!

the different locations of GC work are increasingly autonomous, while connected to and part of the larger Guitar Circle.
this i encourage.
perhaps that maturing will continue and go further without robert around!

probably more to say, but that in person. 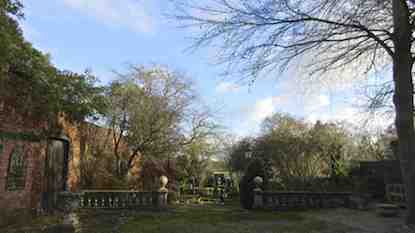 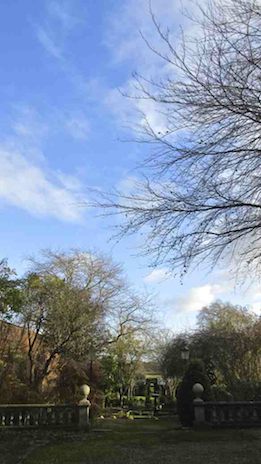 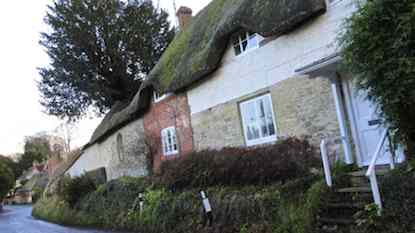 The DGM Christmas Tree, from Amy DGM in the US, back in service… 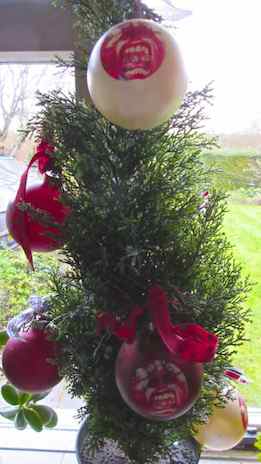 David and Indeg set off home for lunch… 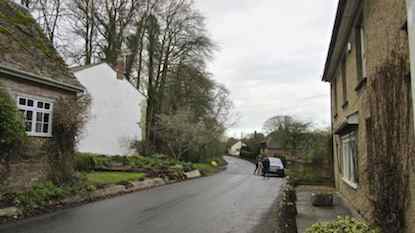 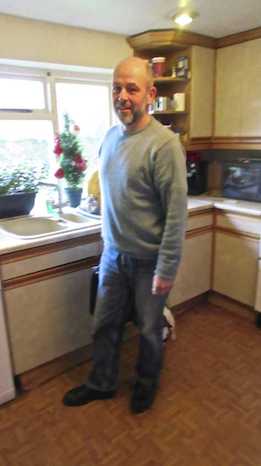 A call from Declan Panegyric. Discussing overviews and notions, I presented my view of activities to 2019.

To stuff and organising.

19.17    David filmed a clip with The Venal Leader presenting the Drummer Jokes’ app. And David has just left. Here, dribbling mightily, an evening computing ahead.