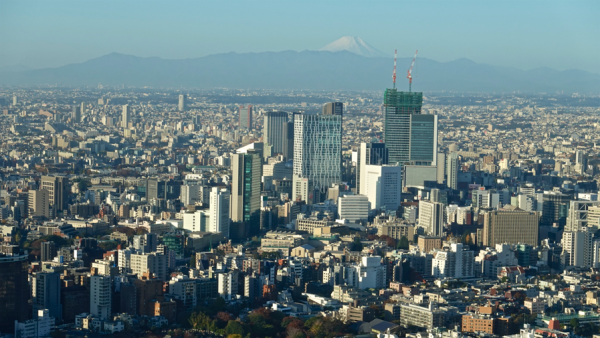 Rising c. 07.30. A call to T, driving home from Southampton, and down to the trough. Setlisting. 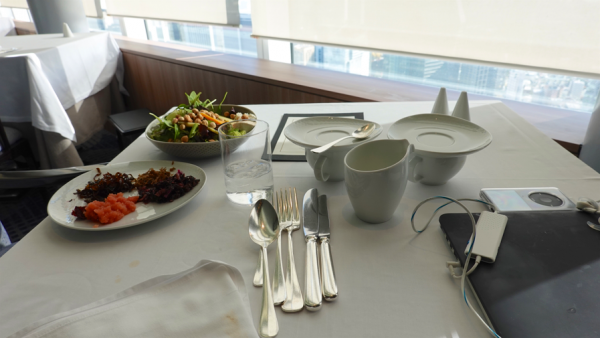 DGM Breakfast Meeting with David, wearing a shirt given by daughter Iona, Queen Of The Royal Package. 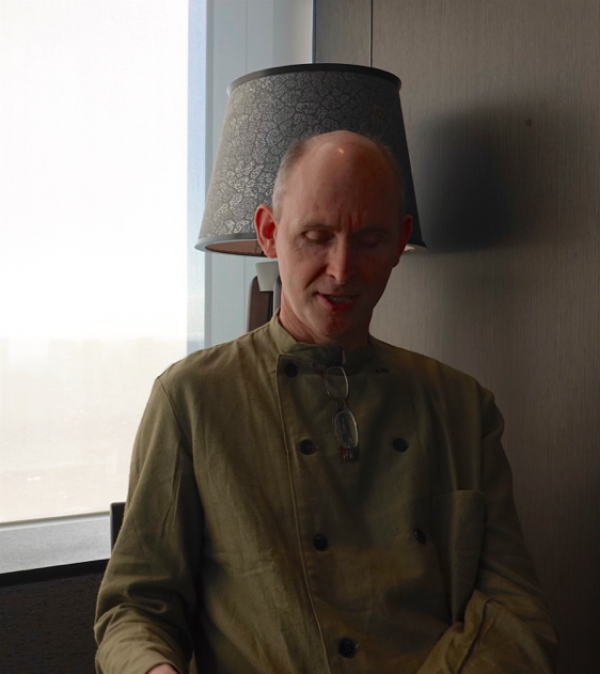 To the room for packing. First van to the venue at 13.00. Lunch and personal meeting with Hellboy Tom. 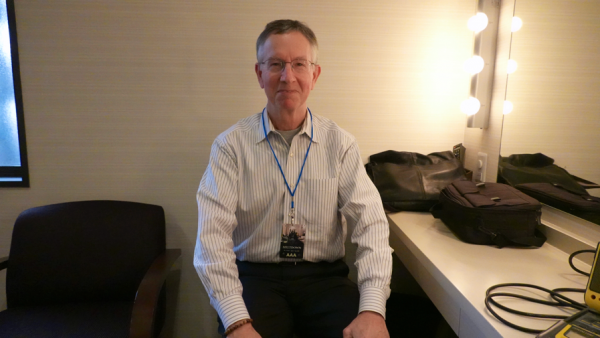 Practising, catnapping, a photo-soundcheck. During TCOL, I felt the presence of King Crimson moving into the band, inhabiting the players in toto. Gently, unremarkably, clearly. Gratitude. 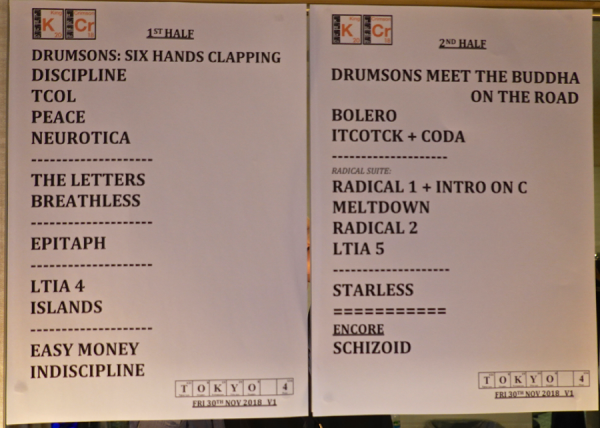 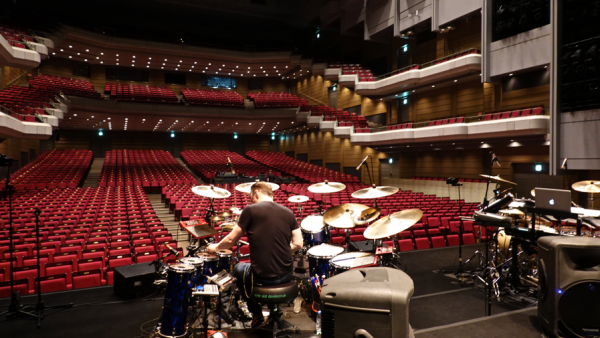 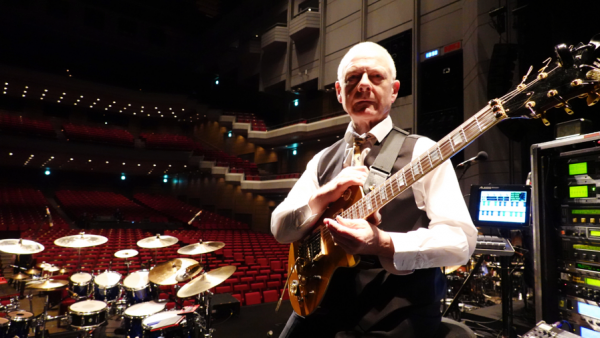 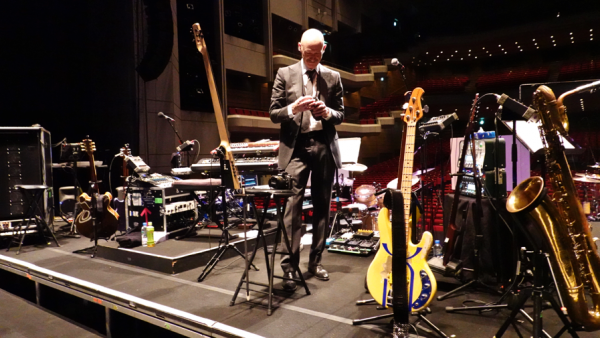 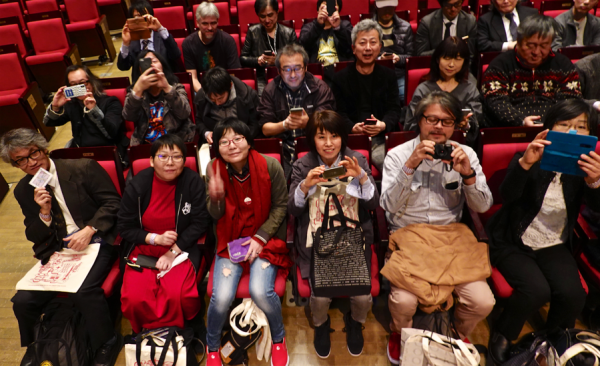 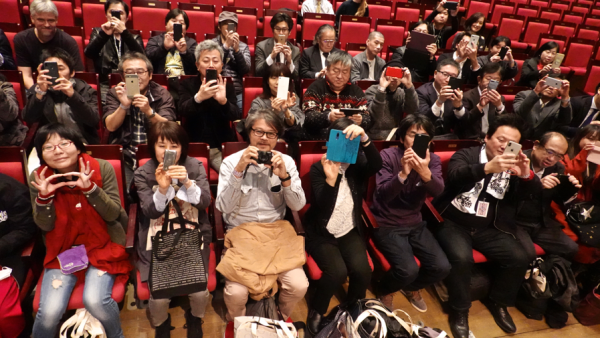 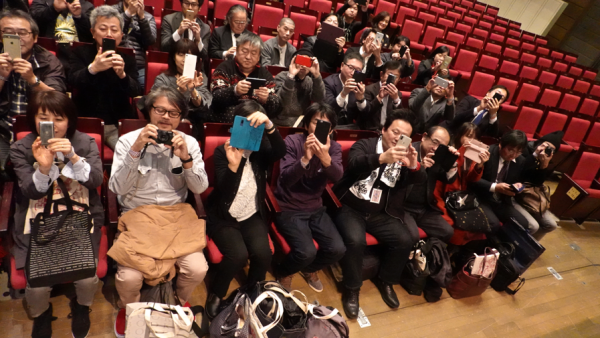 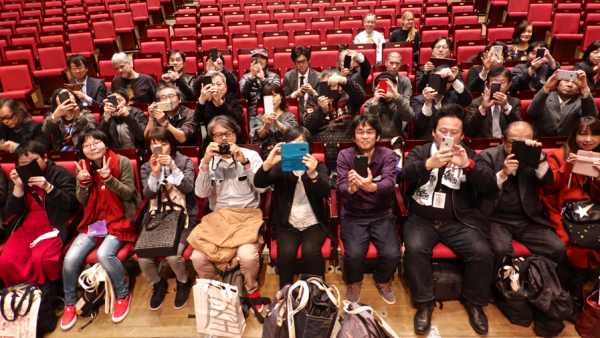 Onstage at 19.00. Jakko was feeling nauseous and had a bucket behind him. First set: one hour and twenty-four minutes. Overall: two hours and fifty-four minutes.

The venue was at about 55% capacity; and of these four Tokyo performances, the only light attendance. This is a direct result of promoters doing what they do: only “adding a show” when the prior performances have sold out. This policy is against our expressed wishes, which is to put all shows on sale simultaneously. Experience shows that when this happens, all the shows sell. Where a show is added later, the ticket sales are much lower. For the future, this is standard DGM / KC policy. David used to fell that promoters must know best. We now know that we have a better sense of our audience.

A more restrained audience perhaps; maybe the intensity of less audients in the space; but generous nevertheless. An excellent drum solo from El Gavino in 21CSM. 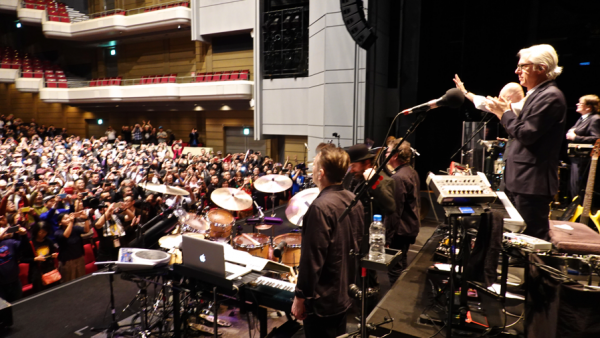 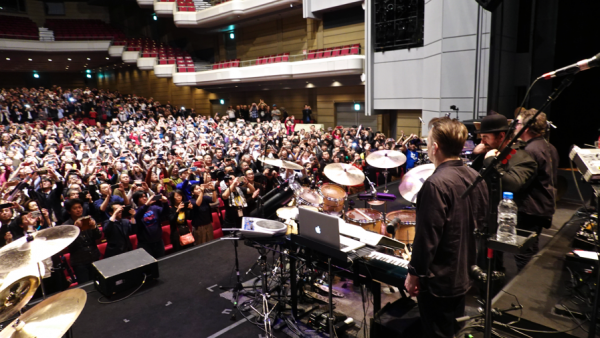 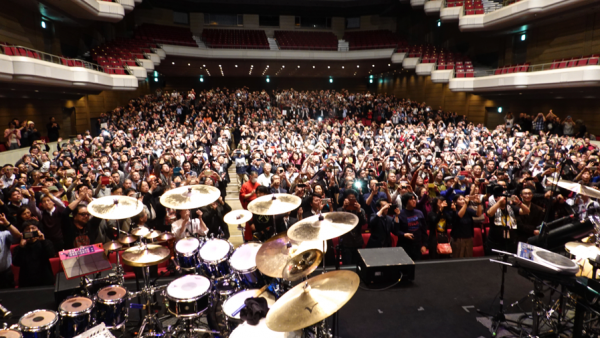 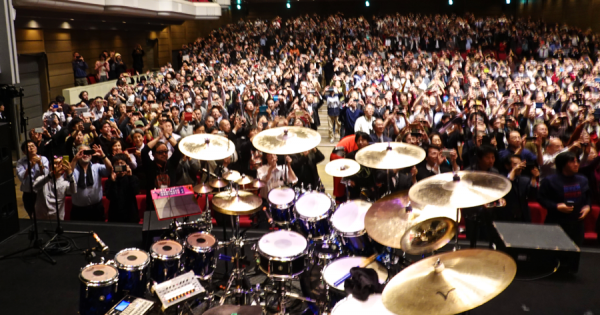 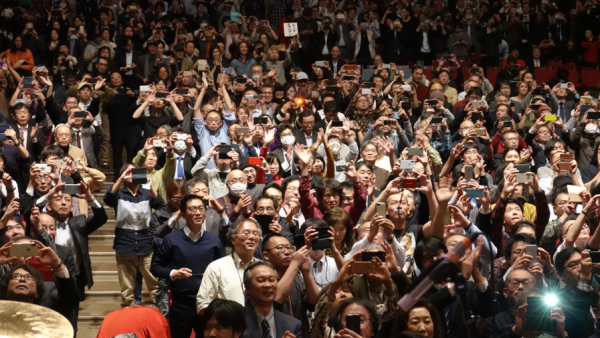 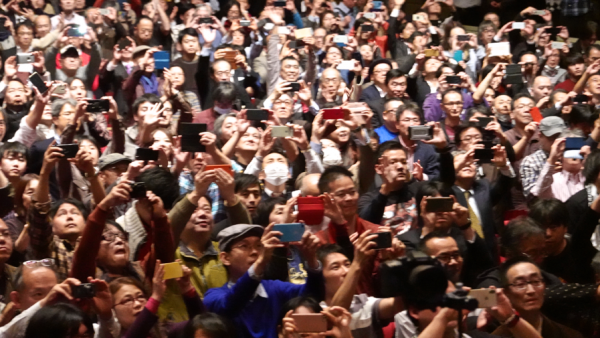 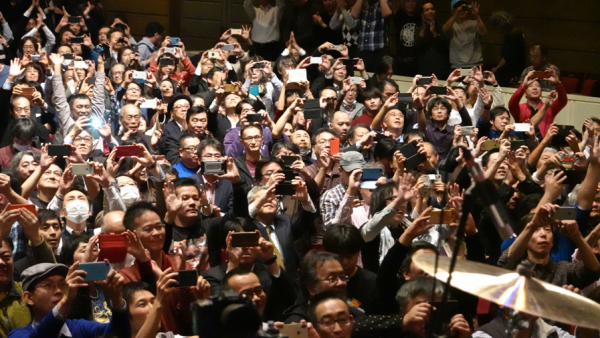 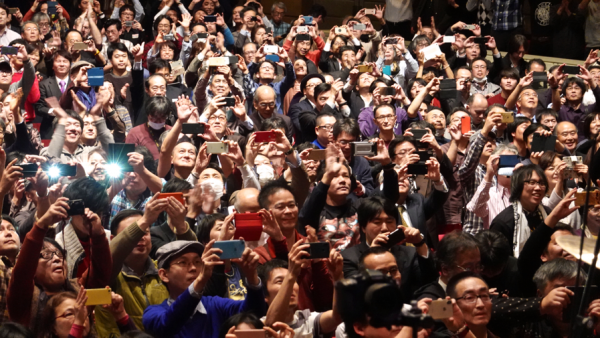 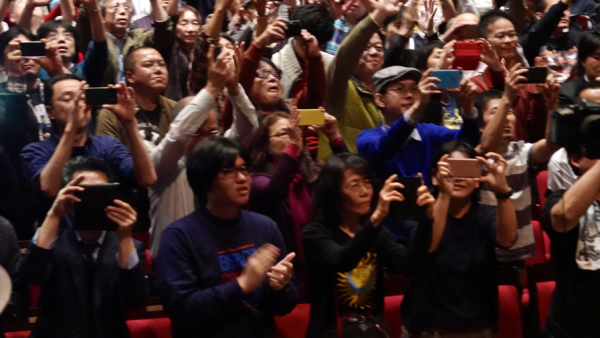 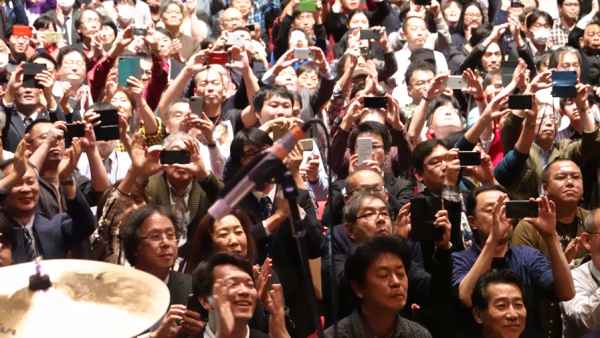 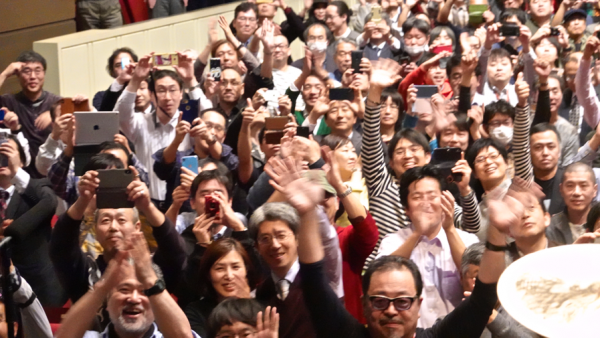 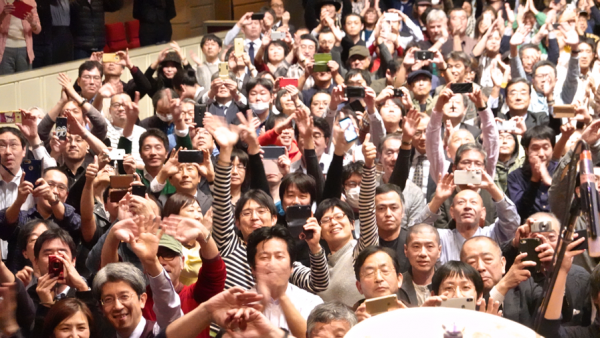 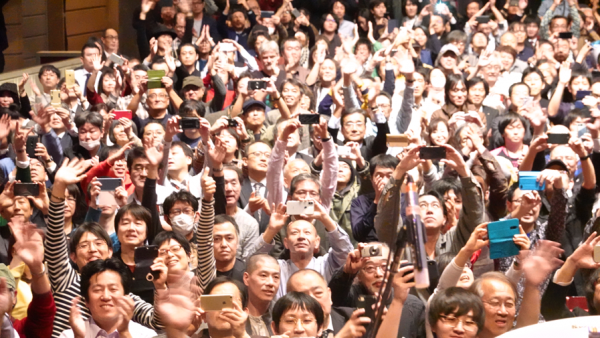 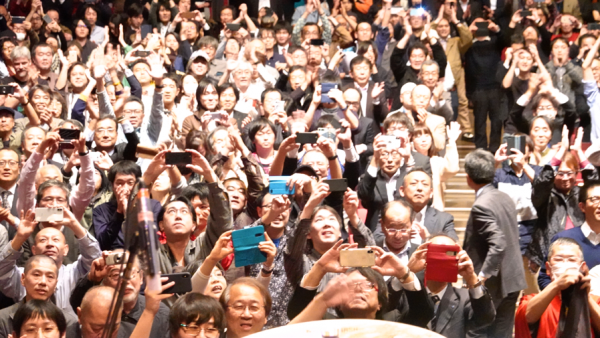 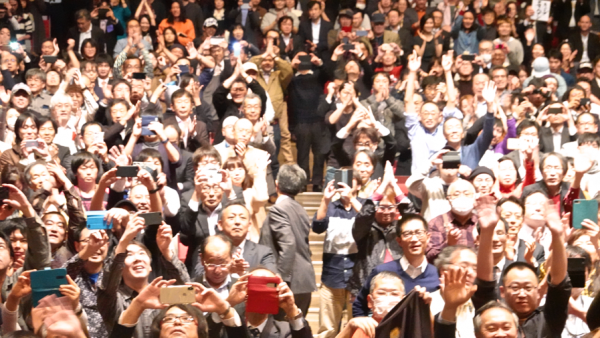 To the room for a call to T and bags by the door.