Rising 06.10. Morning Exercise in walking mode, down the garden. 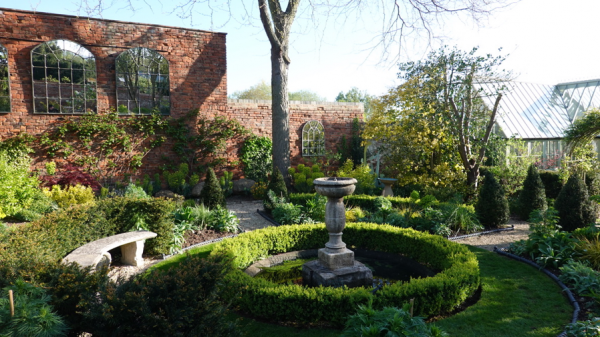 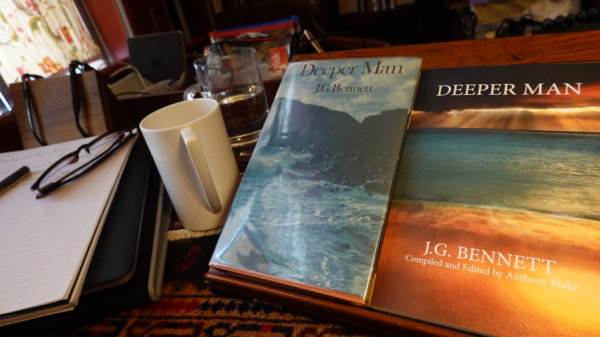 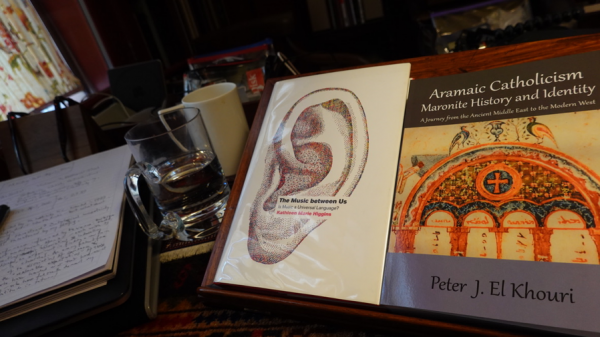 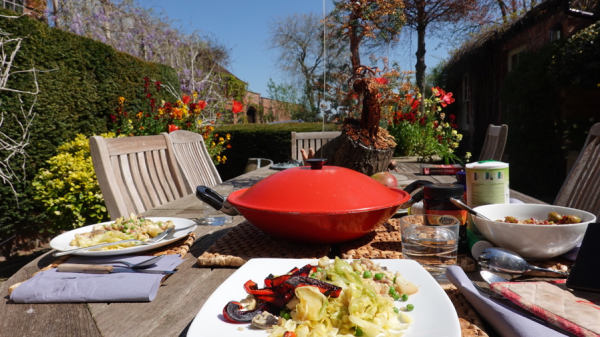 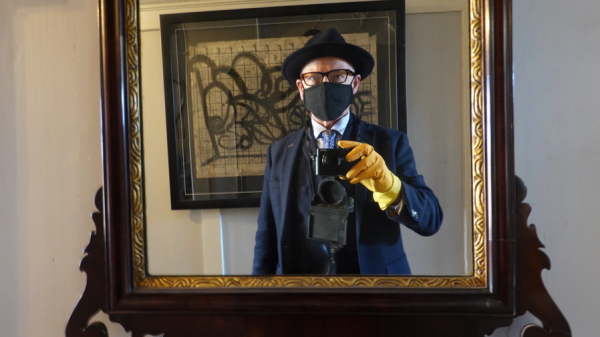 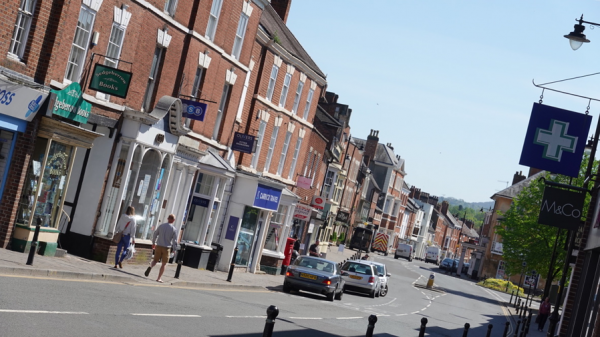 Laundry, a cup of tea in the garden with Sweetlips Willcox, watering and to the Cellar for practicing.

18.51 Perhaps it’s easy to forget the degree to which our experience of a performance is influenced by the performance place. Each venue/performance place has its own conventions, associations and in-dwelling spirit generated over time.

Does a venue - burlesque theatre, concert auditorium, rock club, open air (Hyde Park), ancient amphitheatre (Verona, Pompei), contemporary amphitheatre (Greek Theatres, Red Rocks) – effect our experience of the event, our expectations and anticipation, the actual performing? If so, how so? If not, how not? To what degree is this an implicit/explicit acknowledgment/affirmation/celebration of our common humanity, and to what end/s? Alternatively expressed, what are our intentions towards the performance?

If our intention is to find a form of engaging with audiences in a relationship mediated by music, it will be best served in venues free from the associations of commerce. If our intention is to express an aspiration for the finer aspects of who and what we are, in the company of others, and brought together by music, perhaps head for churches. This was the Churchscapes tour of 2006…

Initial reflection on the tour: a rare conjunction of music, musician, audience and performance places. I have known the conjunction of music, musician and audience, and when these come together in a right way. Mostly, these conjunctions were in public and took place between 1969-84, in venues that were not necessarily appropriate, often inappropriate, and simply the places that those kinds of performances took place. These were rock shows, events that took place within the broad outlines of a contemporary popular culture, the performers and audiences much of the same generation (16-30), organised and mediated by commercial interests. That is, the places were chosen by industry.

The Churchscapes performances took place outside the world of rock music and popular culture; and mostly, outside commercial culture. The promoter. Mrs. Anne Erm of Jazzkar.. http://www.jazzkaar.ee/ is a professional promoter, but is a promoter whose default instincts are cultural. She anticipated losing money on the tour, so I am happy that the tour was (in terms of ticket sales) a success.

Personally, these performances were a validation of the sense that this is right music for me to be playing, after several years of being rebuffed, and often volubly. But, in order to “work”, Soundcapes need a supportive performance context, protected from the demands of commercial culture.

The tour was also a pointed stick: live performance continues to be entirely contrary to my personal inclinations.

The question remains: how to earn a living as a professional musician? No idea on this, other than to follow the injunction: act rightly, and the right consequences follow.

Second Postscript from the Guitar Stool

I have been performing in public since April 1959, when I was 12. Since July 1961, playing in a field adjoining railway tracks in West Moors, Dorset, the focal point of my musical life has been live performance. Surely, our central and defining experience of music is performance in the moment, in community and in society? (The various aims and functions of musical performance is a larger matter, for discussion elsewhere).

Well, that’s the view that led me onto the stages and into performance spaces of four continents, right up to Estonia in August 2006, a period of over 45 years.

These are the four questions I asked, from my beginning-life as professional player (1967):

Can I learn from this?
Is this useful?
Can I earn a living?
Is it fun?

Almost 40 years later, my answers are:

Unequivocally, yes.
For some, yes.
Yes (although management got more from me than me).
Mostly, no.

Three questions I ask, as an older man:

Is this real?
Is this true?
Is this necessary?

Why might the live performance of music be necessary, despite conditions that are mostly not supportive but destructive, of the act of music?

Firstly, because music is real; sometimes, more real than we are ourselves.

Secondly, because music is true; and presents us a model of how to be in tune, in tone and in time with ourselves, our community, the world.

Thirdly, because both of these are necessary.

In the distance, the disjunction, between the possible and the actuality, Despair has been an almost constant companion; a fellow road warrior, as it were. This is not a difficulty, it is a problem, and few problems allow of easy solutions. This is not in itself a problem: one solution is to find a better problem, to ask a better question.

So, a question: how may music help us know our common humanity? We are, already, the same person; so, what does it take to remind us of this? There was a period, for a few years, when rock music held open a door, and I was fortunate to see over the threshold; then, it closed. A few side doors remain accessible; but we have to know they are available, where to find them, and hold a key.

This is profoundly disturbing: the extent to which we willingly close the door, and do our best to keep it shut. There follows one practical example, forwarded to the DGM Guestbook, and with my own comments on it at the time…

The constituent parts of the Solar Voyager have just arrived and been loaded in through the front door, returning from Estonia.

10.05 The only online review I have read of the Estonian Churchscapes (link posted by Mr. Picken to the Guestbook on August 30, 2006)…

Yeah, well, we went and frankly… it sucked. How can one man with so much talent produce such a boring show ? oi oi oi. Obviously my expectations were way too high. Last time I saw him he was great. Weird.

Not weird at all: this is in the nature of expectation. It was a joy for me to discover that the Estonian audiences (mostly) had no direct experience of RF. So, the audiences (of all ages) were relatively expectation-lite.

And the show: this was not a “show”. If I were asked to conceive the least interesting visual event that might be shown in public, Fripp and The Solar Voyager would leap immediately to mind and in first place. Several audients have suggested to me that their Soundscapes/Churchscapes listening was more satisfying with eyes closed.

Nor was this primarily even a Musical Event. This was not the aim. A better approach to Churchscapes is to understand them as a personal thanksgiving service, a reflection of faith and music of devotional intent, rather than Someone Doing Something to a passive audient who Expects Something. Churchscapes (both in England and Estonia) were carefully defined and placed outside commercial culture, conventional musical venues, and inside worshipping-spaces of local communities. And I accept that some churches open their doors to Artistic Events. One pastor remarked to me, after a performance, that his church provided space for various musical events, not all of them were quite suitable for the church but Churchscapes were.

If I were attending a performance, by any one man with so much talent and the last time I saw him he was great, and I didn’t get what he was doing, personally, I’d figure the responsibility was mine to get it and make the effort. And maybe the performance was boring and sucked. In its context, in service to the aim of the performance and what Churchscapes are, none of this has any relevance whatsoever. The problem is solved because it’s not the right problem.

I note also that Estonian culture is not as overwhelmingly Americanised as Western Europe. This is not at all a criticism of American music – jazz, blues, rock et al – the musical juice of the 20th. Century that has fuelled and driven my life as a player; but a reflection of commercial culture and attendant attitudes that follow where American popular culture leads.

Popular culture easily slides towards mass culture; this is because commerce puts out the grease and provides a kick. When we arrived and were driving into Tallinn from the airport, we were told that all the advertising billboards in Estonia have been bought up by Clear Channel. But, for now, Estonian ears are not quite those of Westerners. Music is not yet a commodity, a product to be consumed.

This was one of the very few unfavourable reviews of Estonia; many were positive and supportive. Until Estonia, RG’s posting pretty much typified audience reaction to professional work with which I have been associated, in the main: This is not what I expected! I have the right to what I expect! Fulfil my expectations! What changed in Estonia? These spring to mind:

The venues: sacred not secular.
The audiences: willing to listen, able to listen.
The culture: civilised, on human scale.

There is hope in this.