Any doubts about King Crimson playing in arenas (not that I personally had any) were dispelled on Saturday at Cedar Park. I knew this was going to be something slightly different when I first arrived at the venue, and Chris Porter, our sound engineer, told me about the lovely bass end “because of the way the subs sit on the floor and feed into the concrete” (I apologize to Chris as I am sure I am misquoting, but you get the idea).

Even empty, it was a very good sounding venue. And, as is evident from the photos, I visited the most extreme parts of the venue during the show, and it worked well everywhere I went.

I know there has been some discussion of setlists online (often by people who were not at the shows, which is a bit strange – slightly like discussing the ingredients of a meal you have never tasted). Mel told me that he was asked in a recent interview why the band was even better than it was in 2019. I am not sure what Mel answered, but the tighter setlists are allowing the band to deliver very tight, focussed shows. Just like this one, which also has one of the best photo sets of the tour thus far.

There is a photo of Gavin peering under his cymbals, trying to get a glimpse of Pat. Astonishingly, that is all he can see as he plays "follow my leader", mirroring Pat's quick improvised parts at the opening of Indiscipline. I have often enjoyed this from the audience perspective. From Gavin's perspective, it seems close to impossible. 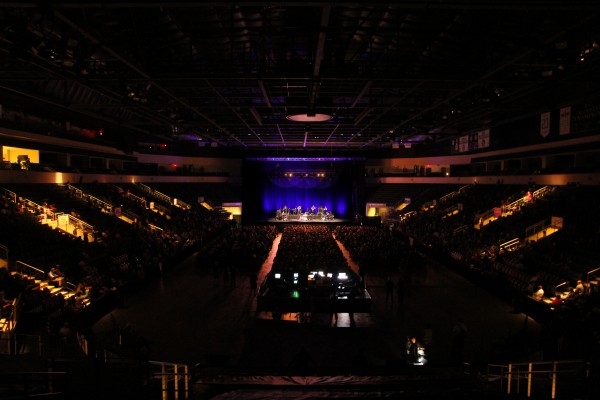 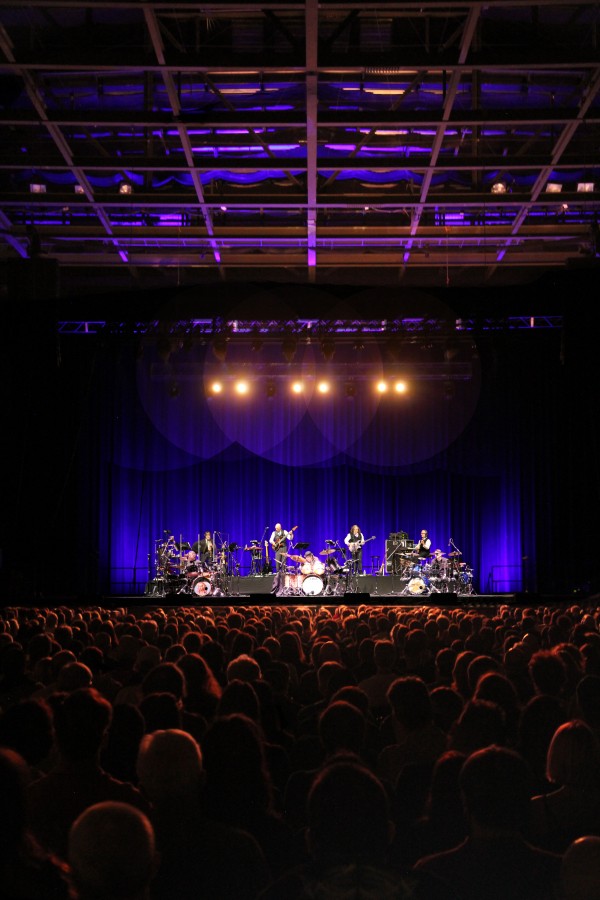 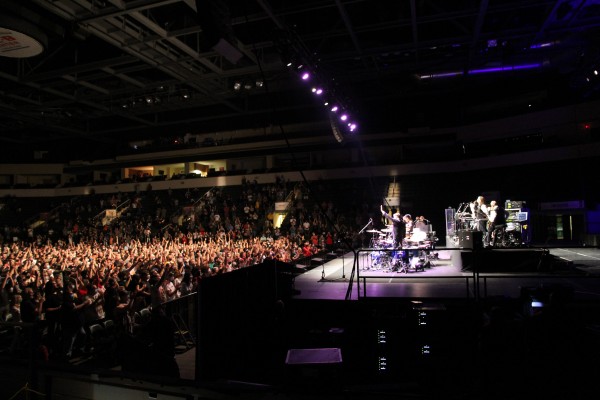 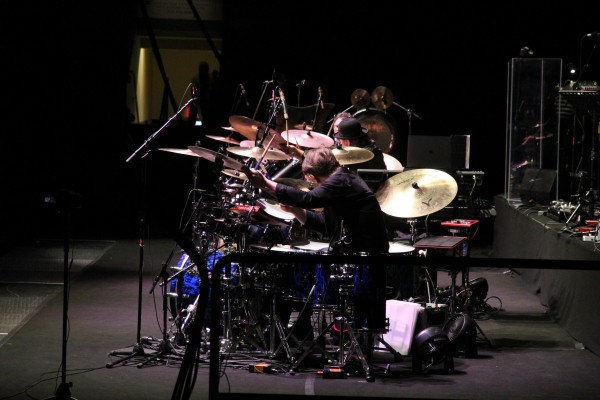 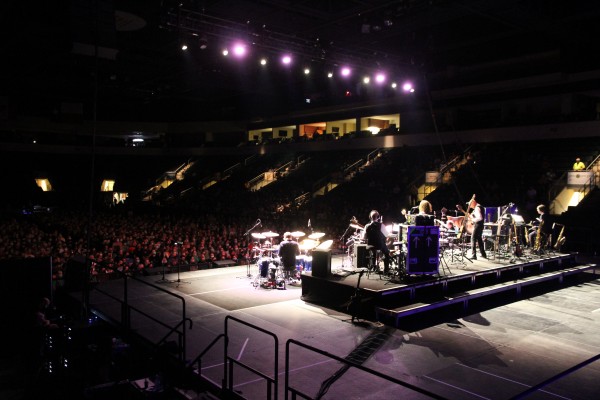 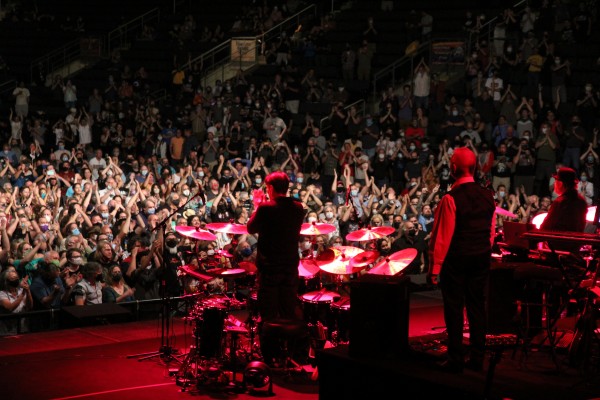 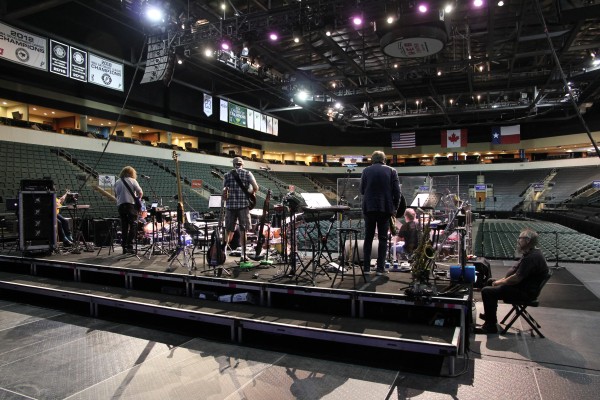 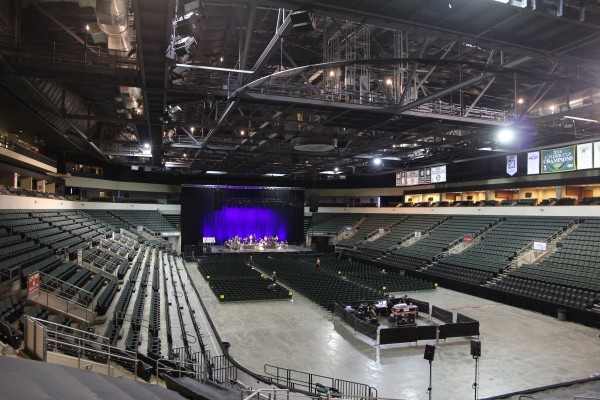