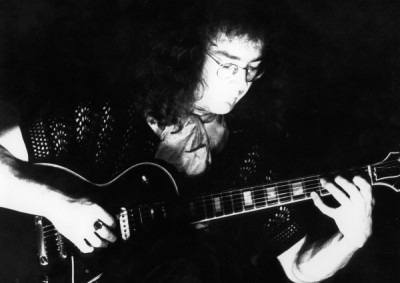 Surely a contender for the strangest gig in the archive? [endtease] It’s hard to imagine a KC concert as odd as this: excerpts from Symphony Sid, Flight of the Bumble Bee, snatches of LTIA Pt1, Fripp doing the blues, impressions of Monty Python, Pharaoh Sanders, and what might have happened had James Brown’s band backed John Coltrane at his most exploratory.

Not weird enough? Originally a radio broadcast, why not throw in some product placement, the intriguing absence of Mellotron and a radio announcer that sounds as lively as Rip Van Winkle on Mogadon and you have the bizarre glory that is the Summit Studio session - all committed to pristine-sounding 8 channel multi-track.

Taken together this is a quirky audio snapshot of a band with only twelve gigs left before the end of term.

This concert was first released in 2000 as King Crimson Collectors Club 9 and is still available in that format. 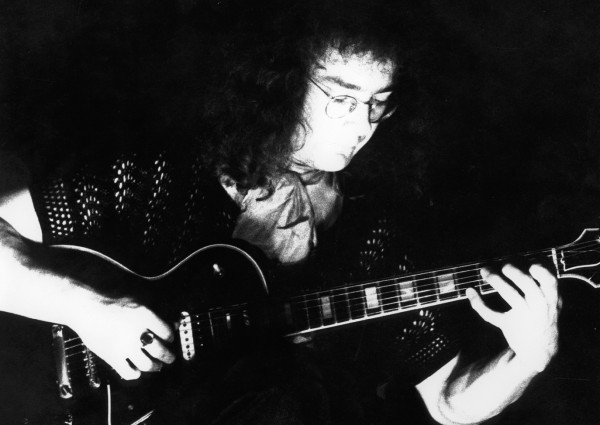 Improv: Summit And Something Else Including The Creator Has A Master Plan

Surely a contender for the strangest gig in the archive? It’s hard to imagine a KC concert as odd as this: excerpts from Symphony Sid, Flight of the Bumble Bee, snatches of LTIA Pt1, Fripp doing the blues, impressions of Monty Python, Pharaoh Sanders, and what might have happened had James Brown’s band backed John Coltrane at his most exploratory....

Written by Frits Van Voorst
Sound quality 3 stars?
This is a must have for Crimso fans of this incarnation. Great sound quality: I don't understand the 3 stars, it should be 4 at least. 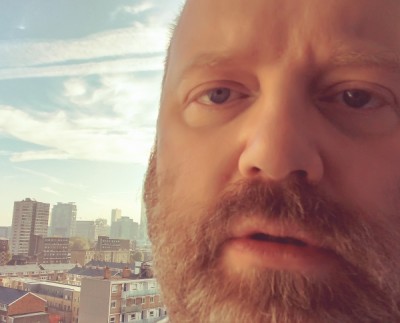 Written by Waen Shepherd
A Revelation
I have to admit I've never been a huge fan of Islands and, for a long time, didn't understand the relevance of this incarnation of KC. But once I heard Summit Studios, it all clicked into place. As others have said, the sonic fidelity helps - this is a professionally recorded radio show with a small audience, almost a new studio album in itself. Much more rough and ready than anything King Crimson had done in the studio up to this point, but you can hear every nuance. This is the sound of a well-honed band, brainy and brawny all at once, as tight and as powerful as they need to be, while still willing to fly off into spontaneously new territory - and not necessarily as an artistic statement, more out of sheer enjoyment of playing. The fact that the gig carries on for twice its scheduled running time - all commented on by the strangely out-of-place presenter - is a testament to the unique nature of this set. That's not even covering the fact that every single member of the group is at the absolute top of their game throughout. It's fascinating to realise that this tour was basically a contractual obligation - if I understand it correctly, three quarters of the band had already decided they weren't on the same wavelength as the other quarter before this tour even started, so the whole enterprise was an undertaking of impressive professional sacrifice and could have been a stultifying compromise. But it's clear here that all four aren't just working separately, they're working together - having fun! All of which is a fantastic demonstration of this line-up reaching its full potential. But this isn't just about the 71-72 line-up. This is about the whole of King Crimson up to this point. This is about the King Crimson band/brand - or, if you like, the diabolical supreme being whose name is sometimes King Crimson, whenever he has certain music to play - finally repaying his debt to the audience he inspired in those early days. The frustration of the original line-up's break-up must have weighed heavily on B'il Sabab when the Good Fairy departed and the man's aim was thrown way off course. But through perseverance and sheer bloody-mindedness, the Crimson King finally found a way to make his voice heard. This gig isn't just a pay-off for the Boz line-up, no matter how great they suddenly are. This is something like a final statement of the entire King Crimson project up to this point. A performance that says, "See - we weren't just a briefly interesting pop group that imploded badly on our first American tour. This music is incredible, groundbreaking, beautiful, terrifying, theatrical, stupidly entertaining and the band that created it - whoever the individual members have been from day to day - deserves a sparkling statuette on the highest shelf of the grandest music library in the world." Being on the top shelf means most people probably won't notice it and they might even feel a bit silly if they ever asked to listen, but the rewards of taking that leap of faith are enormous and they never stop coming. And this particular recording - bringing together arguably the best versions of five tracks from the first four albums with two lengthy improvs and a comedy sketch - brings a total, satisfying sense of closure to the first phase of Crimson, enabling the slate to be wiped completely clean for its second (OK, officially third, but what do I know?). One of the best live performances not just by this version of King Crimson, and not just by King Crimson at all. This is one of the best live recordings I've ever heard by anyone. It never fails to stagger me. 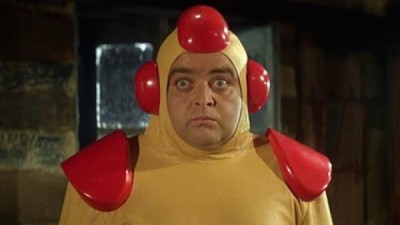 Written by Christian Manz
Just...
...love this Improv. parts.Here they are absolutely fabulous...

Written by paul duffy
A world apart
For lack of a better designation, the Earthbound iteration of KC always seemed to me to be ill served by both the material and the extant recordings of its efforts. Except for this, which is worlds apart from everything else this lineup released. I’ve warmed to Islands, especially in its remarkable Wilson remastering, but the rest just never pushed it over the cliff for me. Except for this. And what I absolutely love about it is that it’s just them, stripped of dodgy equipment, crapy pa’s and bad tape jobs. And jayzuz, they were mighty. The Crim Jazz Trio carried on where this session left off. This is Crim as an avant jazz quartet that also knew where the pocket was. However it all happened, it seems playing live in a studio gave them a rare chance to hear themselves and thus take directions not always available in a rock and roll setting. I’m going to buy this again just because I genuinely love this statement of the condition of Crimson as nurtured by this particular group at this moment in time. It whets the appetite for the upcoming collaboration of Collins with Fripp & mates, and it serves as a fitting reminder of the protean force Wallace and Burrell could be. 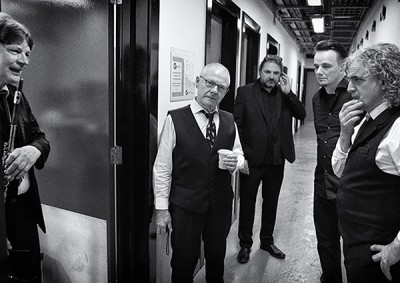