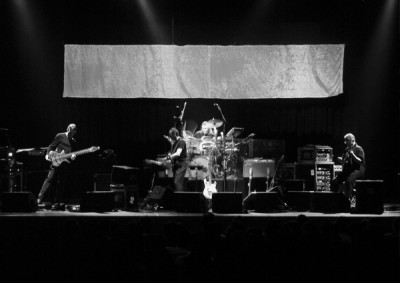 “The Paris show, tonight, was a true winner” enthuses Trey Gunn [endtease]in his diary at the time. “The audience gets a nine out of ten in my book. (Nobody gets a ten, so be happy Paris.) They were fantastic. They came purely to listen and receive. And that is a true treasure for a musician. The band also played very well. I couldn't say if it was our best played show. But, overall it was great.”

In the past, Gunn and Fripp have had diametrically opposing experiences of a show whilst on the very same bandstand. So what did the Happy Gigster of Dorset make of it? “This audience was, for me, the best audience of the tour: supportive, considerate, sophisticated, responsive, engaged, active… In response to their support & demand, we gave a good performance. Not perfect, but when you take a shot, sometimes you miss. Somehow, that doesn't always matter & tonight it didn't.”

This leg of the tour was producing some great results with the band really delving deep into the music: The material from TCOL is bedded down and there’s a real authority to the performance. Even the muffed notes in the frenzied section of FraKctured have the frisson of an on-the-ropes comeback. Of all the shows currently available on DGM Live, from this tour, Paris (to these ears at least) is probably the hottest date of the lot. It’s no wonder therefore that when it came to cherry picking the best tracks for the Heavy ConstruKction box set, ProzaKc, Larks’ IV and Thrush were taken from this gig. The five minute improvisation, Sapir, from HC set appears in its full unedited 13 minute form.
Highly recommended. 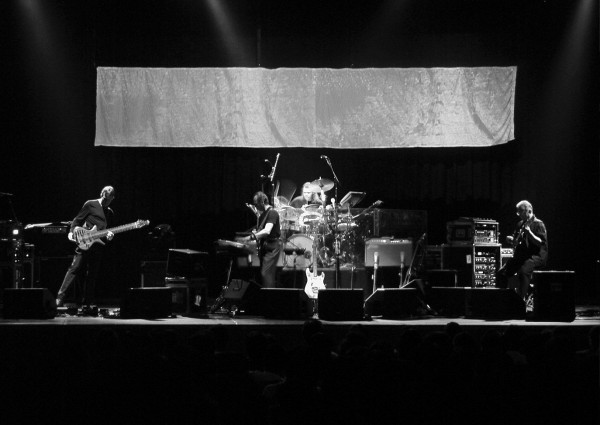 “The Paris show, tonight, was a true winner” enthuses Trey Gunn [endtease]in his diary at the time. “The audience gets a nine out of ten in my book. (Nobody gets a ten, so be happy Paris.) They were fantastic. They came purely to listen and receive. And that is a true treasure for a musician. The band also played very well. I couldn't say if it was... 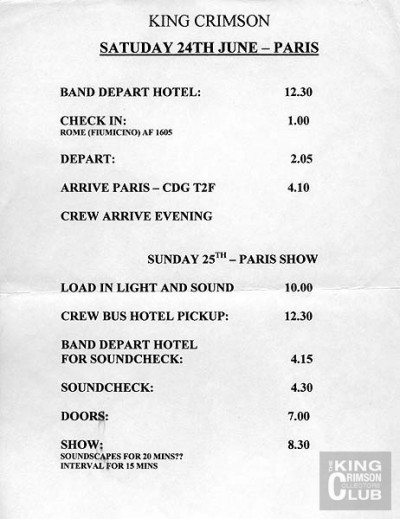 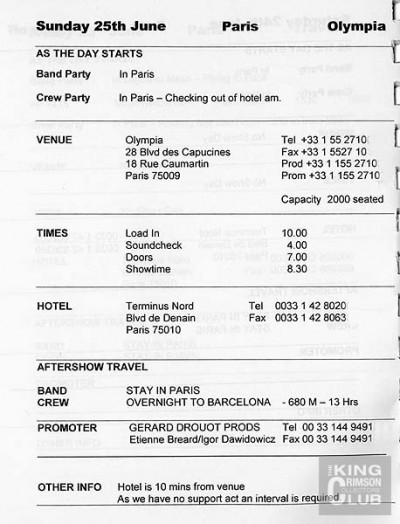 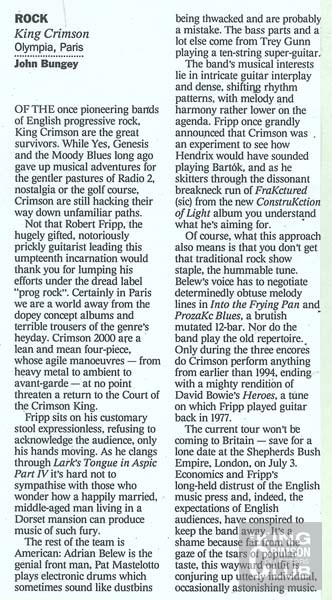 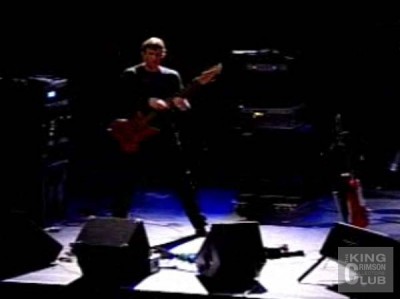 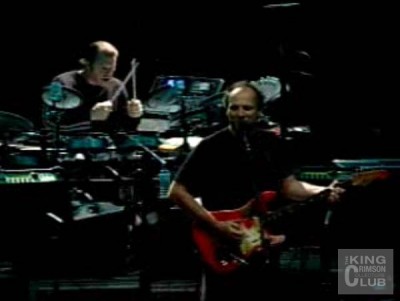 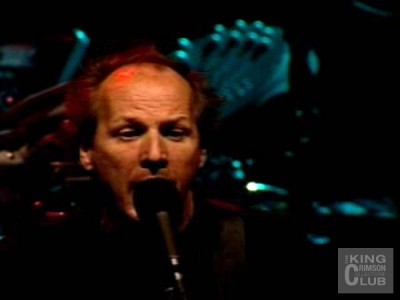 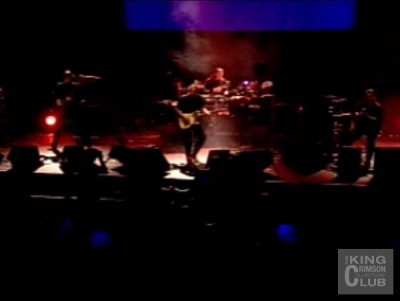 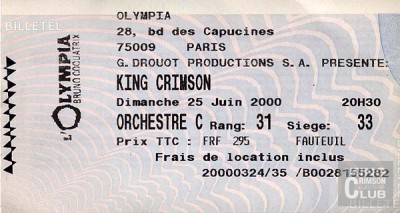 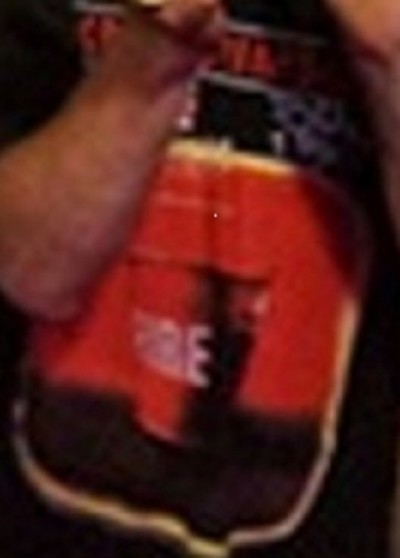 Written by Frank Hadlich
Oyster Soup
Since the early days of dgmlive I have gotten very very familiar with all the stuff played early summer 2000 in Europe of which I luckily managed to attend the Offenbach concert at least. The HC 3-disc-one-of-the-best-ever-made-live-albums received my biggest credits for its Paris’ LTIA4 delivery.Today I ear witnessed another outstanding solitaire after all these years of listening: TWMOSKFWM.Hats off to arrcee, who attended this gig in this beautiful venue who already pointed it out 9 years ago. Oyster soup is a real treat here. 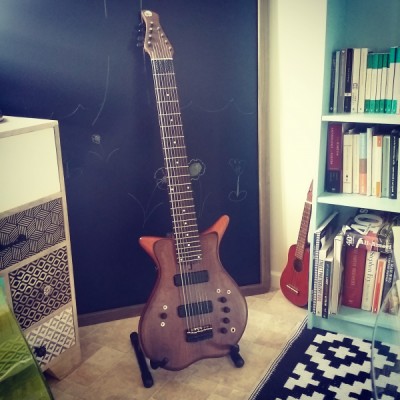 Written by Will Cruttenden
Heroes
A consistant set (to these ears) witht he best ’Prozakc’ so far, an amazingly creepy (in the good sense) Improv, a&nbsp; smoking ’Sex, sleep, eat, drink, dream’ a a touching ’Heroes’. A band playing such complex stuff so well and yet sounding like... a band. Amazing.

Written by Robert Colla
Fabbo Indeed!
Paris in July - the fabled Olympia Theatre&nbsp;- King Crimson back together. What a fantastic combination, and the payoff lived up to the billing. Prior to the event itself, Adrian had fallen ill and a performance was cancelled. Robert had&nbsp;threatened to cancel the Paris show because&nbsp;DGM viddying of the performance was not going to be allowed.&nbsp;Much to our relief&nbsp;the stars aligned and the show went on as planned. My wife and I had journed from the US to attend (and spend time on the continent doing other fun things). We were seated behind the soundboard in the balcony.&nbsp;The band was apparently in great spirits this evening, and the audience was&nbsp;perhaps the most supportive&nbsp;of any performance at which I have been present. It was a magic night from the first notes to the last. I caught myself tearing up during Frying Pan - it was the strangest darn thing - one that I cannot fully explain. I guess I was just overwhelmed. Unbeknownest to me, a similar thing happened to my wife. The quality of the download files is superlative. If you seek a great 2000 show, this one is highly recommended.

Written by Thomas Poisson
Memories from the Olympia
I was at the Olympia back at the time, and this DGMLive release serves as a great reminder of this classic KC 2000 show. I remember coming out of the concert feeling that something quite special had happened (even by KC standards), and even old school fans who came to the show expecting Schizoid Man or at least a few classics seemed genuinely&nbsp;impressed, not only by the music itself but even more by the spirit with which the band was engaging it. The comments that appeared later on band’s members diaries confirmed that the collective, subjective feeling that most people felt that night had also touched the musicians. Clearly the audience was part of the thing happening, supporting the band rather than expecting to be given in return. I had seen two previous shows from the european leg of the 2000 tour, and one of them especially was marred by the lack of audience engagement, giving the band no springboard to jump on. Funny how radically different two shows from the same tour can be, in terms of body and gut response. My point of view is that 00’s KC, probably more than the earlier incarnations, needed to rely on a caring and&nbsp;engaging audience to make its music blossom : the band had deliberately chosen to tread an uneasy path (short set,&nbsp;intricate music,&nbsp;few crowd pleasers, challenging drum sound) in order to put itself in danger, but without the audience accepting the danger itself as part of the musical intent, the aim seemed unattainable. That night in Paris, what seemed unreachable flew very close from us indeed. 2 souvenirs from the concert : during the (magnificient) Improv, Adrian took over bass duties for a few minutes, pumping a bouncy rhythm over Robert’s searing guitar. Later during the set, Robert paused for one second to blow on his fingers in the middle of the FraKctured fast section, a gesture full of humor and honesty.