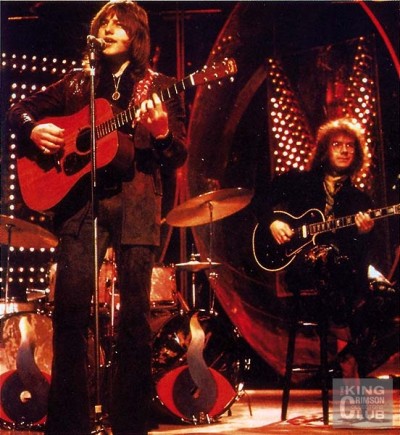 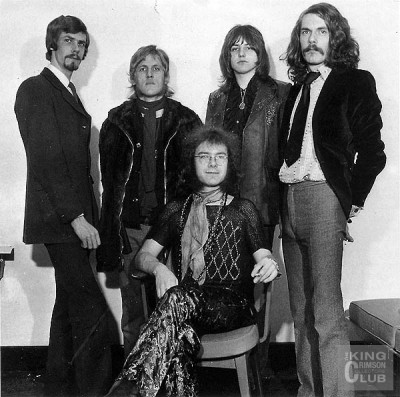 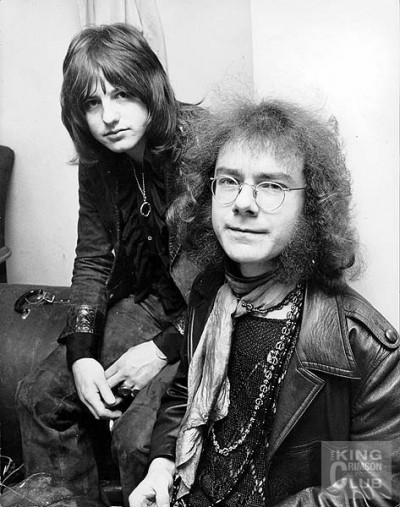 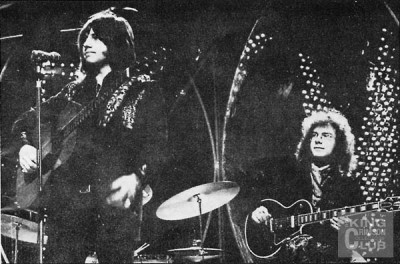 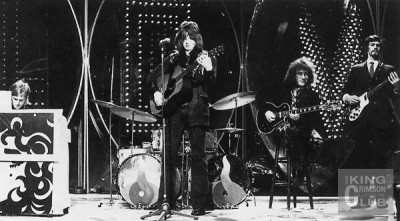 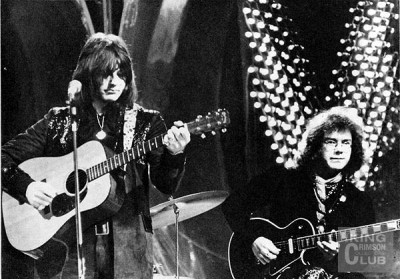 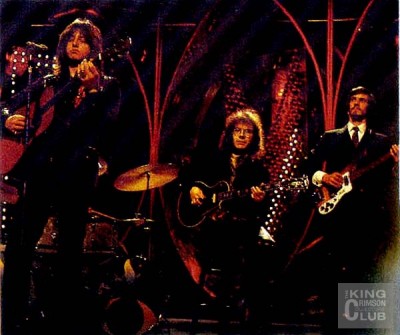 Written by Barry Briscoe
Great Footage
For decades, this was one of those elusive Crimson "holy grails" - the fact this temporal line up appeared on the UK's biggest pop show "Top Of The Pops" was mindboggling and as wonderful a song "Cat Food" is, it was clearly a strange song to be featured on the show. Unfortunately as is now well known, the BBC wiped 90% of their 1964-1975 TOTP archive and this show was one of them, hence like the half hour Giles, Giles and Fripp showcase on BBC2's "Colour Me Pop" was a curious piece of Crimson history thought lost forevermore. However, what ended up being overlooked was the fact during this era, the BBC and ZDF in Germany were collaborating on various projects and one pop show was licensing seemingly random performances from TOTP. A couple of years ago, those shows were unearthed and repeated and buried in there was a black and white copy (the original BBC broadcast was in colour) of this legendary performance with an inane intro link and the final part of the song chopped off, but we could finally see the bulk of it, a priceless snapshot made all the more so by the scarcity of footage of Crimson between 1969 and 1971 as like many bands of the era, they shunned TV exposure. The jury is still out on whether or not Greg Lake sang a live vocal on top of a mix of the single version. TOTP practice at that time - thanks to strict Musicians Union rules - demanded that live vocals be sung on top of pre-recorded tracks or to a live rendition performed by the infamous TOTP orchestra - the mere thought of that orchestra "playing" this song and the band miming to that is truly comical given the way the orchestra mangled many songs. It's strange to think that millions of viewers (average viewing rates for the show at the time around 15 million) were watching a bunch of musicians that would never tour or perform again. Not that this prime time exposure helped at all as the single failed to sell in any decent numbers! A great strange song in a strange unlikely envrionment with Keith Tippett looking very youthful unleashed upon the public playing as only he can and the Giles brothers looking somewhat bemused by it all. Fripp is amusing to watch with his strange antics during his solo. But, after 40 odd years presumed lost, never to be seen again, we can enjoy this strange brief moment of Crimson history! 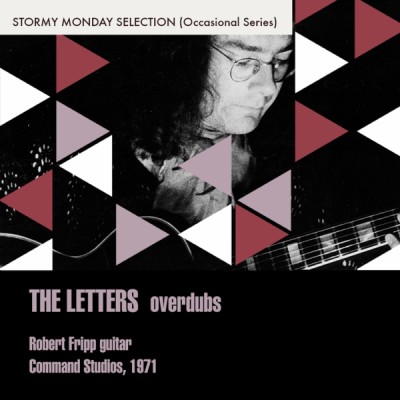