The Minx was up at 04.00 for her departure. She has recently landed in Gran Canaria, safely.

Rising was exceptionally difficult for me. Jet lag continues, left arm continues, neck vertebrae is inflamed. But what of that when cold ablutions are waiting to alert the body to its day?

Love completely accepts all that we are.

Morning coffee with expresso cups given many years ago by Fernando K. I… 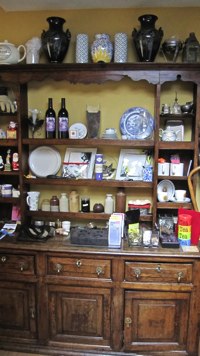 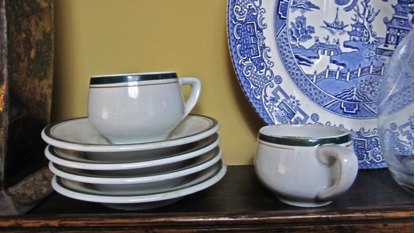 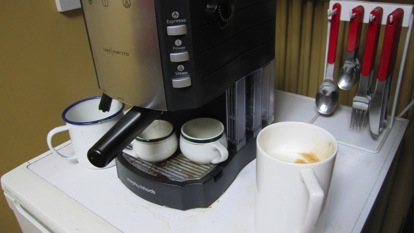 These are the same design as the plates & servingware on last week’s course in Funes, Rosario. Fernando comes from Rosario. It must be a sign! 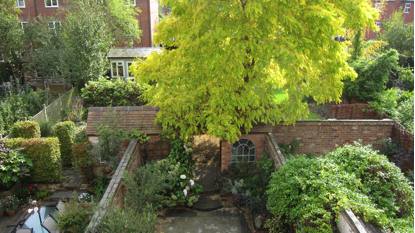 Posted by lotusspray on September 27, 2010
I suppose an appearance by Travis & Fripp in these United States would hold a very low order of probability.

Actually, I invited Theo to join me for the WFC on December 3 & 4 but the cost of Theo getting a US work permit was prohibitive. So, the answer is, a rather lower order of probability than Mr. Lotusspray’s supposition. 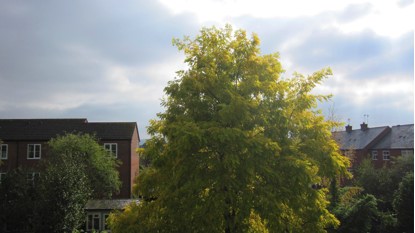 Tunes That Got You Through Your Teens
03:45 pm September 29, 2010 by BOB BOILEN
The other day, Steven Feller, a Facebook friend and fan of the show, wrote to me with a special request. He said his daughter was turning 13 and he wanted to give her 25 albums that were essential to getting her through adolescence.  He wanted to know if I had any suggestions. For me, In the Court of the Crimson King by King Crimson was the one that immediately snapped to mind. I slept with that frightful cover art next to my bed for years. I saw it every morning and every night. In a world where I had a comfy suburban bed, but could also be asked to pick up a gun and fight in Vietnam, that music and that cover was somehow grounding.

This posting, this musing, conveys one sense of an album whose relevancy manages to escape most of the commentaries on prog – a crime that polluted the world! - the foundation album for one part of that time’s rock music. The music continues, alive. The commentaries are, mostly, dead.

Time, place & persons: part of the impetus coming from the counter-culture, the heady sense of change and, for young American men, the clear prospect of being sent into harm’s way. This made many things real, including the role of music. Clearly, a powerful influence on Peter Sinfield, the band’s lyricist. Too easy to chuckle at the words of Schizoid Man from a safe & comfortable vantage point 40 years after waiting for draft papers to arrive. Or, from a safe English place 40 years ago, watching Vietnamese bodies explode into the air on television news. 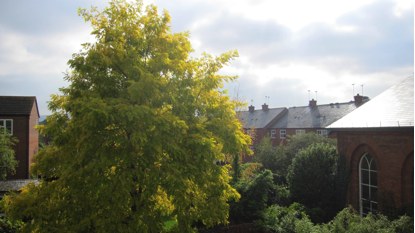 An afternoon & evening computing ahead.