The Happy Gigster’s Guide, that reliable bible of touring advice, advises against checking in late at night and/or early in the morning. It suggests that there will be construction work near the hotel, and any room you are given will have an awful view.

We arrived at the Grand Hotel Oslo at 04.30 Sunday morning. This, right outside the hotel entrance, while leaving for soundcheck… 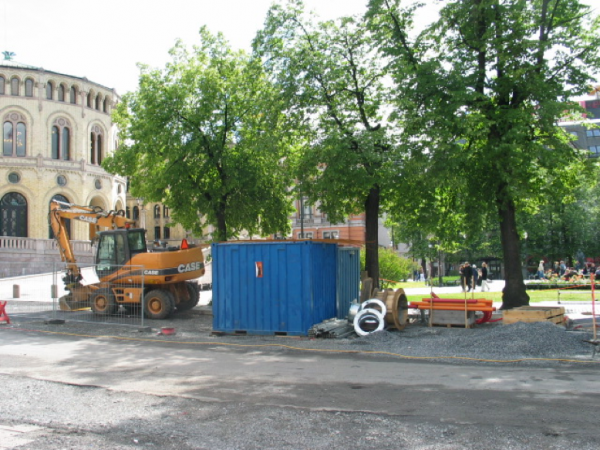 I was first off the Satch Bus at 04.30 and the receptionist, a young man, said you’re early! – we expected you at six. I replied we’re late! - we expected to be here at three. My room was suspiciously far from the lobby, on a split floor that the elevator didn’t reach. A long walk, humping baggage. And sure enough, Room Depressing. So depressing I returned to the lobby and asked for another room. There are none available in our huge hotel that takes up most of the block, lied the young receptionist and I returned to The Pit Of Despair.

A Room With A View… 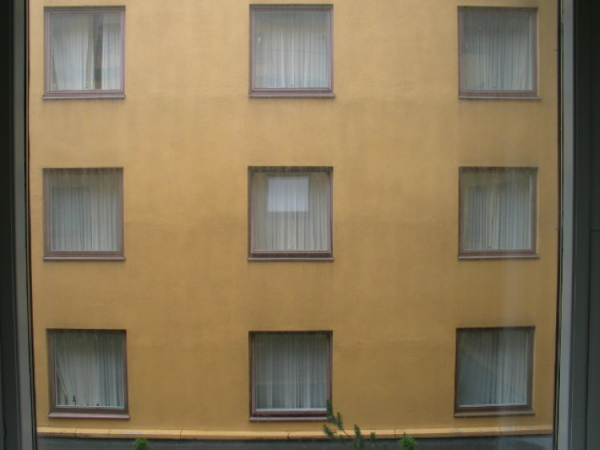 Meanwhile, in the lobby, Galen (Joe’s tour manager and second guitarist) was meeting pals, a group and their crew, that he had production-managed: Three Doors Down.

My spirits only began to revive this early afternoon over coffee and reading, in the fab café on the corner, and within the Grand Hotel. Alternatively, the Some-Parts-Of-It-Are-Not Grand Hotel. 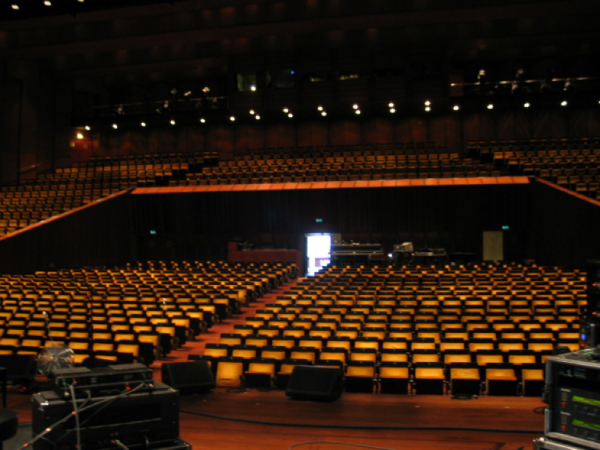 At the beginning of the tour, I suggested that thirty minutes of Soundscapes would be the right length for G3 audiences. This view has now been accepted, on the basis of regular booing and slow handclapping; although for some of tonight’s audience it felt that twenty minutes would have been sufficient for a lifetime.

The Satch set: particularly hot was Up In Flames. The jam: Steve and Joe were smoking, as always. G2 is a superb team of long acquaintance.

The G3 jam is always better when everyone can hear each other. With repertoire, good to hear everyone but, when you can’t, there is a reference map available. My own better solos happen when I can hear myself (and others). Tonight, that was three-out-of-four. When I can’t hear what I’m doing, I force and overplay. When I can hear myself, it’s possible to hold one note and coast and swoop and flutter. Given the choice between hearing oneself and the ensemble (The Happy Gigster’s Guide describes this choice as a Fundamental Right) better to hear the ensemble. The HGG describes hearing self –plus- ensemble simultaneously as akin to Christmas arriving early and staying until December.