What a nightmare year thus far for a manager (so isn’t it lucky that I continue to refuse to be pigeonholed as a music manager!).

Last September, we had everything in place for this year. Tool had invited King Crimson to tour with them as a double header in the US in June and July. We met with their manager in LA and everything was settled. Until they unfortunately cancelled just before Christmas.

So, in January, contrary to our normal practice of having events planned over a year ahead, we were left hurriedly planning a tour for this summer. Far from some half-satisfactory stop gap tour, thanks to everyone involved this resulted in the very exciting outing with the Zappa band, which was announced yesterday. 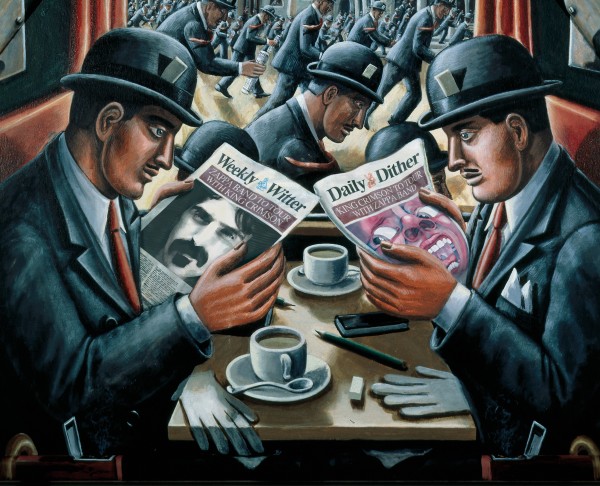 For those who have been asking us to visit Florida and other less-travelled areas, this is your chance.  Almost certainly the last time that King Crimson will embark on a conventional “caravan” tour of the US, travelling to multiple parts of the country.

… And then along comes Coronavirus.

Or does it?  No-one, of course, knows what pattern it will take, or how the outbreak will look in June. We therefore assume the positives and move forwards. Royal Packages with prime seats in the front six or seven rows were put on sale at 10pm last night on the DGMLive site, and I trust they will sell as well as ever.

For fans wishing to attend, there should be no dilemma. Come buy your tickets! In the (hopefully unlikely) event that concerts have to be cancelled or postponed, there are established systems for refunds or alterations.

For the band (and probably the promoters) we are in less well-charted waters. We always take out insurance (very expensive insurance) against cancellation. But, unsurprisingly, no insurance company will cover anything involving Coronavirus. We have long ago committed to the significant upfront costs in launching this tour – but now lack the certain knowledge that we will get paid!

Something that must be mirrored in businesses around the world. Hence the stock market falls, I suppose.

Jeremy Stacey has joined his voice to those kindly pushing me towards recording a second Vicar album. Maybe therein lies sanity.