Our US tour has had an enforced fifteen-day break in the middle, as Pat, Tony and Robert had pre-existing commitments that could not be moved. Paying for the crew, the buses and all the equipment to sit idle for fifteen days is just a small part of the financial madness of touring in the era of Covid, with its ever-fluid schedules. Compared to which, a once in a lifetime hurricane, forcing us to move the show on Tuesday, is no more than a minor glitch.

Mel, Gavin and I flew into JFK on Friday, and then had a three and a half hour drive to Albany (not helped by the Friday afternoon traffic jams).  Mel and Gavin were discussing concerts and musicians in the back, and our driver, who didn’t know who he had picked up other than “Mr Singleton”, began to chip in. At one point he asked “Do any of you know Rhett Davies?” and explained that he was a huge Roxy Music fan. He had once collected Bryan Ferry (although he didn’t know until he collected him as he was using an assumed name) and told us a story about driving Syd Barrett to a late, and aborted, Pink Floyd reunion.

Out of the blue, to general laughter, he then asked the wonderful question: “Is Fripp still living?”

To which the only answer was that we certainly hope so, as we are rehearsing with him tomorrow. 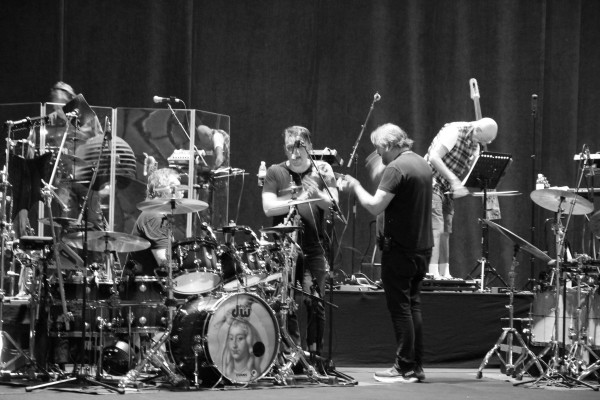 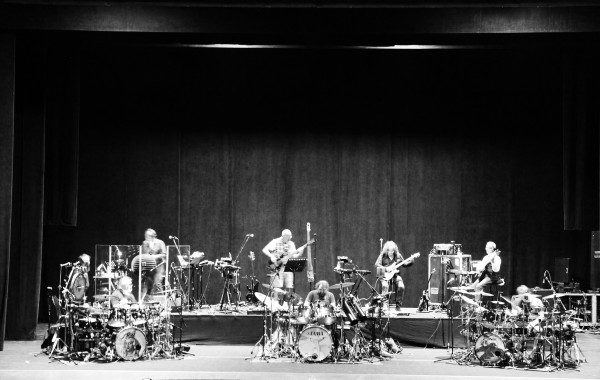