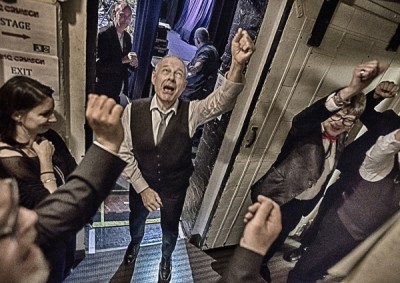 The dramatic opening of this song never fails to provoke a reaction amongst audiences and the Orpheum, the scene of so many historic KC performances, is no exception. Featuring a great vocal from Jakko, the foreboding mood underpinning this piece never fails to find a resonance in the news stories from around the world at the time of its performance, ensuring it sounds fresh and utterly relevant. 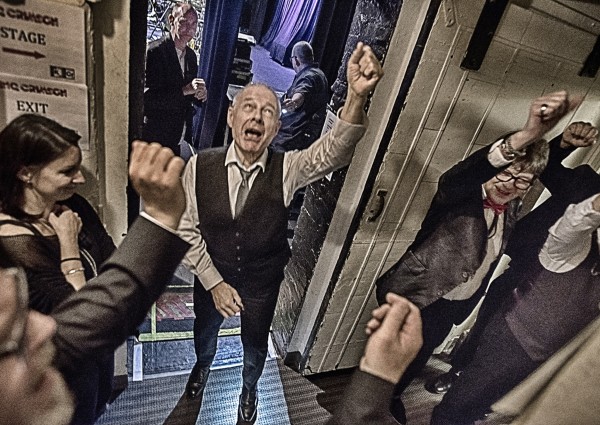 The dramatic opening of this song never fails to provoke a reaction amongst audiences and the Orpheum, the scene of so many historic KC performances, is no exception. Featuring a great vocal from Jakko, the foreboding mood underpinning this piece never fails to find a resonance in the news stories from around the world at the time of its performanc...

Written by joseph
Incredible Evening
I have only attended 2 King Crimson shows, Both at the Orpheum in Boston, First, way back in 2001 and again here in 2017. The Band in 2001 was very cool and I was impressed but what I saw during this show blew me away. Simply Marvelous. If you ever had doubts about seeing this band put them to rest this band is on fire and well worth the ticket price. P.S. I cannot believe you only have one track from this show incredible show available!. Please release it in its entirety.

Written by Tim Williams
Worth the 3500 mile trip
Thank you for making a song from The Orpheum available to download. My mate Gus and I flew over from Wales for the gig. Having flown to NY in 2014 to see KC at the Best Buy Theatre in Times Square this was the second time I have seen the band in the states (I also saw them 3 times in the UK in between). The band have developed massively in the intervening years and the introduction of a dedicated keyboard player has enhanced tracks like Epitaph. Looking forward to Oct 31st in Cardiff now.

Written by Mark Fleckenstein
A Most Amazing Show
Having never seen KC live, as soon as I found out they were going to be playing in Boston, I got a ticket. I hadn't been to a rock concert in more 25 years (I turned to jazz, especially avant garde jazz, in the late 70's). And I came to KC late in life, and bought up everything I could find. But seeing the "eight-headed beast" in person was beyond anything I could have imagined. I'd been listening to Radical Action (To Unseat The Hold of Monkey Mind) incessantly (as well as older recordings) but nothing prepared me for the real thing live. It was the best concert I've ever been to. Wonderfully realized by all the players it was obvious were having a grand time playing and the audience (a bit subdued) was mesmerized. As an introduction to KC live, it couldn't have been any better. It makes me want to go to Europe to see them again! It's impossible to select a high point, there were no lows. And after two exceptional sets, and a very understated call for an encore, the show ended with excellent rendition of "Heroes" and the encore staple, 21st Century Schizoid Man, which included a spectacular drum solo, it was over. Dazed, joyous, amazed and very deeply satisfied. Best concert I've ever been to.

Written by Cameron Watson
The group you always wanted to see playing the music you always wanted to hear part 1
Last time King Crimson was in Boston was three years ago. Hard to believe, but thankfully there have numerous downloads that have allowed us to follow this latest incarnation. Back in 2014, Mel and Jakko were working hard to get a feel for the band. At the time of the Boston shows in 2014, their integration was well on the way to where they are now. Jakko was in the process of making of making the songs his, while Mel was throwing out screaming, wailing saxophone riffs. Those shows were great and yet you could tell that there were even greater delights forthcoming. There were two things in particular about those shows that signaled that this band might be "the group you had always wanted to see, playing the music you always wanted to hear". One, the repertoire which finally included pieces from previous incarnations. Two, the inclusion of flute, sax, and mellotron giving the group that familiar sound that you heard somewhere back in time. I've been following King Crimson from the beginning. As big a fan as folks were for "In the Court of the Crimson King", I was equally enamored with first "In the Wake of Poseidon" and then "Lizard". Also, as a big John Wetton fan I loved his work with the band. "Red" was one of my favorites ( I consider myself very lucky that I got a chance to see John sing some of his Crimson songs with District 97 before he passed. I was surprised how much impact that performance that on me. Here were some of the songs that I loved and had wanted to here for so long ). I've always followed KC. They were my band. Others followed Yes or Roxy Music or Genesis but King Crimson was my band. Unfortunately, I didn't get a chance to see them until the 1980s. At one point during the 70s, I truly believed that I would never see Robert Fripp perform live and that King Crimson for me would only be accessible from recordings. Things change. In 1979, I saw Robert performing tape loops with two Revox tape machines. Then I got to see League of Gentlemen where Robert announced to those standing in front of the stage that this was a dance floor hinting that those statues standing up front should either start dancing or get out of the way. Next, came the Discipline tour and the re-incarnated KC. Being such a big fan, I've been happy with almost everything KC and Robert have come up with. No matter what the configuration, whatever the sound, if this was to be the new KC that was OK with me. I could still go back and listen to the past. In 2014, I heard "Pictures of a City" for the first time. Wow, blew me away. And there were other additions from the past including "Starless" and "Sailor's Tale". I had never seen or heard so much material from previous incarnations being performed live. Then there was the inclusion of mellotron and sax (and flute). I've seen King Crimson many times without a sax player and that sound was completely different. Also, hearing a mellotron fill in all those spaces you thought it should was a confirmation that this sound was somehow ( maybe ) what KC should have sounded like all along. 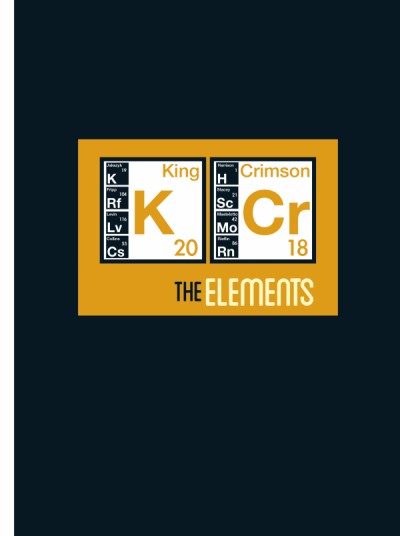