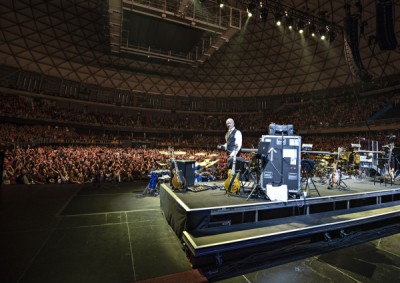 Cirkus is always a special point in the setlist marking as it does the point at which Mel Collins and Robert Fripp became equal members of the band back in the summer of 1970 (Collins was only a guest when he appeared on In The Wake Of Poseidon). The anguished yowl from Gordon Haskell - triggered by Pat Mastelotto - always adds a further connection to what was a turbulent time in KC’s history. 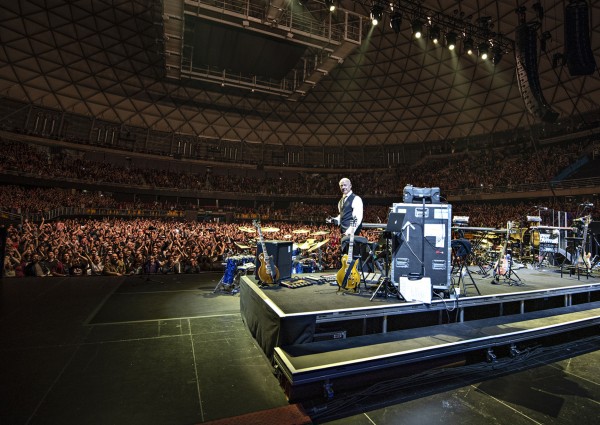 Cirkus is always a special point in the setlist marking as it does the point at which Mel Collins and Robert Fripp became equal members of the band back in the summer of 1970 (Collins was only a guest when he appeared on In The Wake Of Poseidon). The anguished yowl from Gordon Haskell - triggered by Pat Mastelotto - always adds a further connection... 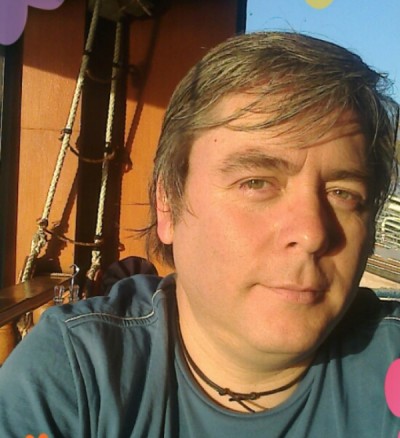 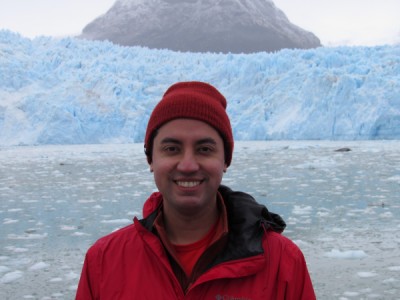 Written by Eduardo Rojas Morales
First ever KC concert in Chile. Something the band and us will never forget
What can be said about such historic moment as both the first ever KC concerts in Chile AND the last ones of the 50th anniversary tour?. To put this in perspective, for ages (especially since mid 90s, when KC performed in Argentina) the phrase "King Crimson In Chile" was a sort of an urban myth, similar to "Pink Floyd at the Moon Valley" here. Something that everyone longed for, but in the end felt it wasn't going to happen. Try to imagine one of your favourite artists you grew up listening to their music, but never ever had the chance to see them live. THAT was the feeling about King Crimson here. It wasn't a surprise at all (at least for us) that tickets sold out in just one hour!. The level of excitement was that high. As for the concert itself, it was quite unique experience. I've attended to many concerts before, in all sort of venues, from a few dozens of fans to 70,000 at National Stadium, and this KC one was like nothing before. First, of course, the well-known and still polemic "no photograph and no recording" rule. Fortunately in here everyone understood that, and the audience was very respectful of that. But at the same time, that didn't decrease the enthusiasm and reception (see Tony Levin's diary). Second, the rather modest lightning system, including 2 screens at the side of the stage that only showed one shot of the whole band ... during the whole concert!. No camera changes at all. And the lights were on all the time, except for the 'Startless' climax, turning red to an awe-inspiring effect. Third, because KC is (as far as I know) the ONLY artist to perform a 50th anniversary tour date here. I have to say that I'd liked a setlist with more classics (that's why it was a NEAR perfect concert) like 'Lark's Tongues in Aspic' (they performed Part 2 the second night), 'The Letters', 'Fallen Angel', 'Sailor's Tale', 'Dinosaur', etc (after all, none of those songs have been performed here) but what the performance itself was simply the most astounding level of musicialship I've ever witnessed live. And all my friends who attended said something similar. REALLY hope an official release will come from such historic concerts (they were filmed, and of course recorded as well). I know these were events both the band and us will never forget. And while there're quite a few official releases from Argentina (KC included) very, very few artists have released something from Chile. Now KC know how passionate and loyal are as an audience. Hopefully, see you soon KC!

Written by Francisco Mulatti
For the nostalgic oldies
I was hoping to experience a more updated setlist, seems this one was crafted to pander to an older audience. Mostly songs from the first 4 albums era. I wished for something a little bit more adventurous. The sang version of Indiscipline and the hard part on Starless was a little bit of a letdown (as the drums weren't as "swingy" as the Bruford version). But hey, It's Crimso after all and I couldn't ask for more.