Moonchild was never performed live by the original incarnation of King Crimson so its appearance in the setlist feels very special indeed. A beautiful melancholic ballad with a timeless feel, the addition of the cadenzas adds their own space and light honouring the spirit of the original improvised section on KC’s debut recording. 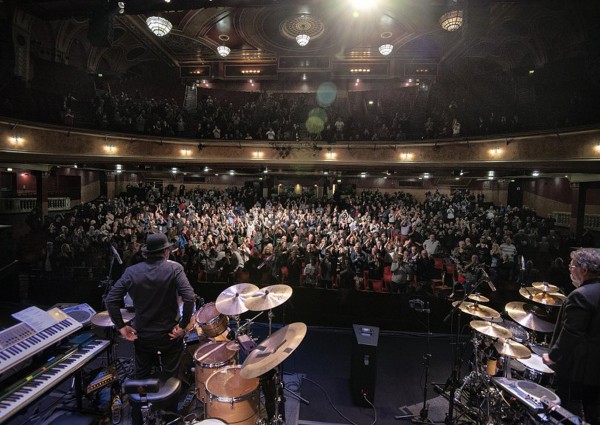 Moonchild was never performed live by the original incarnation of King Crimson so its appearance in the setlist feels very special indeed. A beautiful melancholic ballad with a timeless feel, the addition of the cadenzas adds their own space and light honouring the spirit of the original improvised section on KC’s debut recording.

Written by Barry Briscoe
The Hottest of Dates
With the previous night’s Bridgewater Hall show still reverberating within me, it was a treat to attend this show in Liverpool as part of the Royal Package so thanks to DGM there were extra elements to enjoy with a fascinating pre-show talk by David Singleton, a q+a with Jakko and a very charming and poignant audience with Robert Fripp. DGM certainly take care of you and give you a memorable experience. I lived in Liverpool for 11 years and knew they were going to be a vocal audience. You can’t pull the wool over their eyes - if you’re good, they’ll love you, but if you fall a little flat, they’ll let you know in direct terms as Tommy Bolin and Deep Purple discovered in 1976 with a traumatic gig in this very venue that caused them to split backstage after the show. Regardless to say, King Crimson had nothing to worry about as there was much cheering, many odd random shouts and standing ovations throughout the show. A lovely venue, much better suited for Crimson than the Bridgewater Hall as the sound mix and quality was perfect for those of us in the stalls, quite possibly the best I’ve ever experienced in all my years of going to gigs. Once again, a truly thrilling show. As usual, the setlist differed and offered a different and unique experience. In Manchester they performed the Meltdown suite in set one and the Lizard Suite in set two whereas in Liverpool it was reversed. Also very unusual in set two following the Drumson opening when they went into Islands. This is one of the many joys of King Crimson in this incarnation - you genuinely have absolutely no idea which song is coming next and the way the contrasts and unpredictability work is fascinating. Set one was bookended by LTIA pt’s 1 and 2 and lovely to hear Mel play a quote from Ferry Cross The Mersey in his solo... I think Mel was spoilt for choice of Liverpool based material to quote from and his choice was very inspired. It is hard to compare and contrast between Manchester and Liverpool as both were intensely powerful performances that knocked me out. Perhaps Liverpool was the stronger show thanks in part to the great sound mix. Not one dull moment and the three suites - Court, Lizard and Meltdown truly have to be experienced in person for the full effect. I held off buying the Meltdown album/BluRay until the Manchester show so as to experience these two shows with as much freshness as possible so it felt more of a quantum leap. I am starting to explore and enjoy Meltdown and as wonderful and recommended as it is, you truly do have to experience Crimson in person, in the moment for the greatest effect. This band are at the top of their game and I think it’s fair to say the Liverpool audience were mutually in agreement. For me personally, nearly a week after this double dose of King Crimson in person, something has changed. That’s how Crimson affect me - very deeply and I am still digesting what I witnessed. Time will reveal how things have changed but so far, so good, it can only be positive. King Crimson sure know how to spread joy to their audiences! 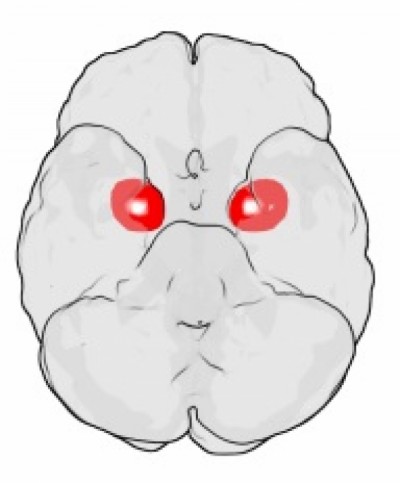 Written by fppirate
Outstanding
The acoustics at the Empire Theatre were superior to any I'd encountered previously. I caught the shows at The palladium London on the 3rd Nov and the Bridgewater Hall on the 9th Nov. Each show was exceptional, tight band, dazzling musicianship and pure magic. However, the Empire show had the sound mix nailed with clearly discernible lyrics and such a beautiful noise. I could make special mention of Mel and Robert but it wouldn't be fair, it was a team effort and by far the best live band I've seen for over 20 years.