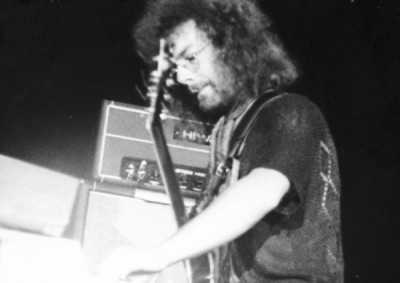 Drawn from the same clutch of cassettes that gave you Earthbound, this particular gig can probably be summed up in two words: Mel Collins.

From the monstrously belligerent rendition of Pictures of a City to the last frenetic scrambling of 21st Century Schizoid Man, Collins not only dominates the solo spots but pretty much everything in between!

Throughout the performance Collins is constantly adding lines between the parts as though he can barely contain himself. Even on the relatively sedate version Formentera Lady his flute work spins and glides above the backing in such spirited and energised way. Once he switches to sax, Ian Wallace moves the piece into an extended percussive shuffle with Mel hollering like there’s no tomorrow. There’s a wonderful bit of freeform rough and tumble as they work on the transition to the Sailor’s Tale.

Fripp himself appears unsettled during his solo section on Tale, abandoning an inconclusive laser beam sound for the more acerbic chord-thrash mid way through the track. It could be he’s simply under-mixed here but the gig is notable for his unusually demure presence.

There’s a priceless glimpse into the hazards of an on-stage life as Fripp gets an electric shock off the microphone whilst making his customary announcement. A rueful Burrell can be heard complaining that he’s had to put up with that all night.

There’s a more reflective start to Groon than is usual. Perhaps this reflects the tiredness of the band as a whole. Whilst Fripp comps from the sidelines Collins, Burrell and Wallace absolutely stomp this particular sucker flat, then set about building up from scratch up to a blistering frenetic hyrbid that mixes It’s not until nine minutes have passed that Wallace opens up his drum solo.

Unfairly maligned and dismissed for many years, this KC line-up - and Mel Collins especially - can be heard ripping down the barriers between jazz and rock with great gusto. 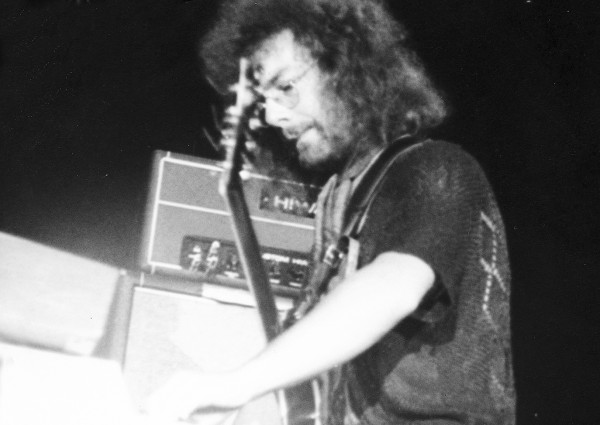 Drawn from the same clutch of cassettes that gave you Earthbound, this particular gig can probably be summed up in two words: Mel Collins. From the monstrously belligerent rendition of Pictures of a City to the last frenetic scrambling of 21st Century Schizoid Man, Collins not only dominates the solo spots but pretty much everything in between!... 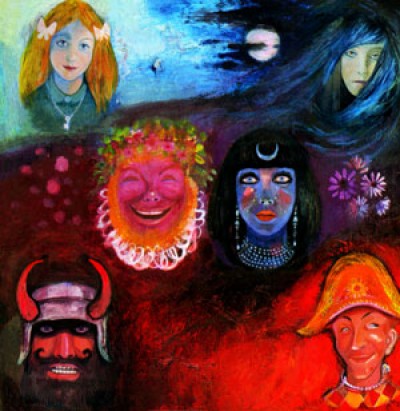 Written by Jerry Smith
Sounds fine to me considering how it was recorded
For a cassette board tape from early 1972, this sounds fine. Granted, Ian’s bass drum could be turned down a notch while Robert’s guitar could stand to be turned up by the same amount. The performance is really good, Mel does indeed stand out and it’s a great set list. 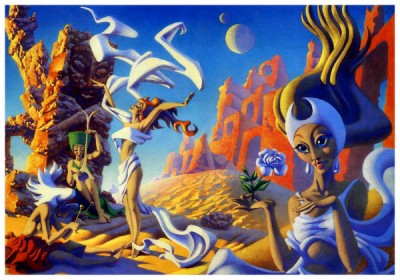 Written by Christopher DeVito
Through sonic mud, darkly
I’ve always wondered why Earthbound was ever released . . . maybe Fripp was in a mood to commit rock ’n’ roll suicide? I agree that Mel Collins’ contributions are the highlight of this concert, but they only manage to elevate it above the level of "unlistenable" (that is, above Earthbound). For my money better versions of Schizoid Man, Sailor’s Tale, and especially Groon than those on Earthbound, but overall there’s more sonic murk than music here. Try to focus on Collins and what’s audible of Fripp, grit your teeth against the distorted thudding and booming on the bottom end, and go along for the ride. --Chris DeVito

Written by paul duffy
Shock Treatment
Among the more interesting parts of this recording are the shock treatments delivered with increasing intensity as firt Burrell, and then Fripp attempt an accomodation with the PA system. The last one leaves one hanging for a moment. Did Fripp survive? Are you sure this concert wasn’t conducted at Yale? I’d laugh harder but I had just finished asking Ben Crowe to wire the bespoke guitar orderd to deliver increasingly intensified shocks every time&nbsp;I hit the wrong note or barred the wrong chord.&nbsp; And I didn’t attend Yale. Catholic school instead. Anyway, I am among those who have found this iteration of Crim to be my least favourite, mostly because of the material. Whenever I hear how incredibly they play, even in a recording as lo-fi as this one, and that inspite of the heroic efforts of the DGM pixie dusters, I want to eat my words. Collins plays like Coltrane circa ’62: sheets of sound, bordering somewhere between chaos and ecstasis, Burrell and Wallace locked in like they were Jimmy Garrison and Elvin Jones, and Fripp as avant and out there as he’s ever been because that’s exactly where he needs to be, this recording hangs somewhere in that clearing where everything is revealed and yet held back simultaneously. Had they a sense that the end was near? They’re in the Motor City and the wheels are off the wagon. When people speak of how terrifying Crim’s music can be, this is what they are thinking of. And this take on 21st Century Schizoid Man is among my favourites. Not so bad for a version of Crim I have had trouble appreciating. In fact, the more I listen to it, I do think it’s good.

Written by Andrew Neil
Great Mel's On Fire
Blimey says Edward Boring, not another concert from that version of King Crimson, but no, this line up represents a time that cannot be recreated so each surviving concert is indeed precious. Through the wonders of DGM Live we can hear the development from May 1971 when the lads were performing a kind of "King Crimson’s Greatest Hits" slowly easing out the older material and introducing the Islands songs. The US tour of 1972 represents the last hurrah of this particular line up with Mel, Boz and Ian venturing forth with a "what the hell" attitude and the guitarist seemingly wishing he was elsewhere at times. Pictures bursts forth from the speakers but during the slow section Mel really takes over leading the band into a bluesy jazz improv before returning to the final verse. Formentera Lady is ushered in with beautiful flute playing and staying close to the recorded version, once the verses are out of the way Mel switches to Sax and instead of the usual funky shuffle we get a blistering sax solo with Ian battering away at the drums, eventually the improv loses it’s way with all players seemingly lost until Ian’s cymbals bring on Sailor’s Tale. The solo of this number always seems to reveal Robert’s mood on any particular night, sometimes sustained and reflective, others are more slashing. Tonight starts with a long bluesy vibrato that soon gives way to the splintered chords of the recorded version.Cirkus is as per normal but with Mel honking at every opportunity. Ladies Of TheRoad is not one of my favourite numbers but is despatched with it’s usual aplomb, at 19 minutes Groon is one of the longest and again Mel is seemingly happy to solo at length. Before the audience can recover Schizoid Man flattens them with again Mel well to the fore. If you don’t like this line up this won’t change your mind but if your a fan - sit back and prepare to be amazed at the irrepressible Mel Collins 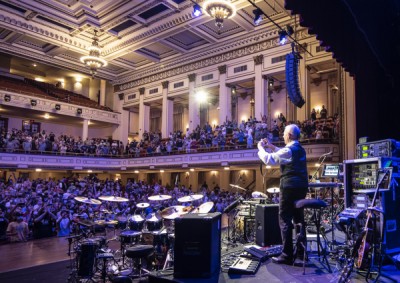