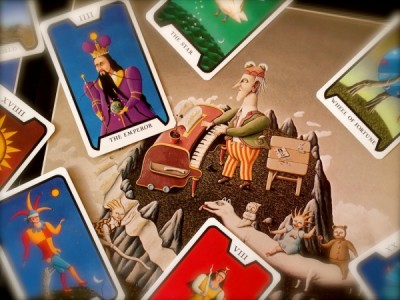 Fergus Hall, the artist who provided the intriguing paintings for 1975‘s double album retrospective, The Young Person’s Guide To King Crimson and 1984‘s The Compact King Crimson, has recently update his website.

The paintings, The Landscape Player and Earth were bought by Fripp from the Portal Gallery in the mid-1970s and now hang in the kitchen of his home in Bredonborough. 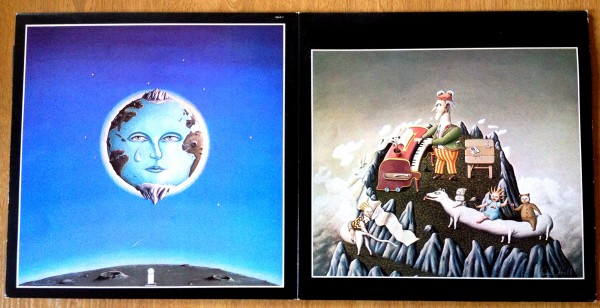 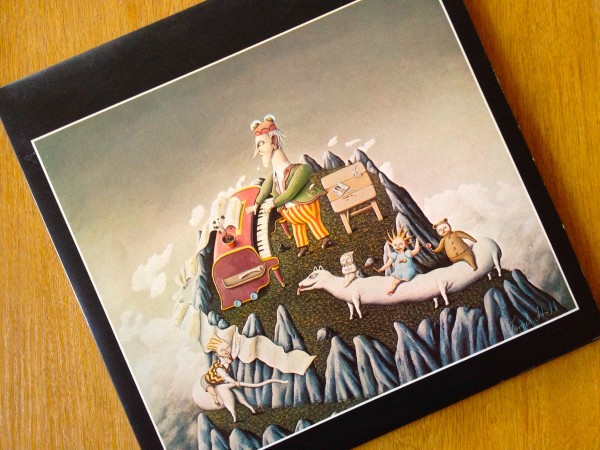 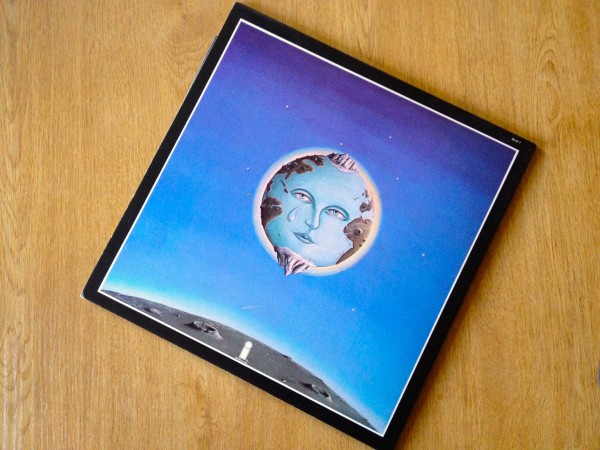 The Portal Gallery, which was established in 1959, also represented the work of other painters who work in what is often described as working the naive style, including the phenomenally successful Beryl Bainbridge.

In an interesting link between King Crimson’s past cover art to its future, the Portal Gallery has also represented PJ Crook whose work, a KC album cover for first time with The Four Seasons, on 1997’s Epitaph box set. As with Fergus Hall’s Earth, Crook’s painting can also be found hanging in the Fripp kitchen.

Prior to his Crimson connection, Fergus Hall’s work came to a much wider audience with the appearance of his design for a Tarot deck used by one of the characters in the 1973 James Bond movie, Live And Let Die. 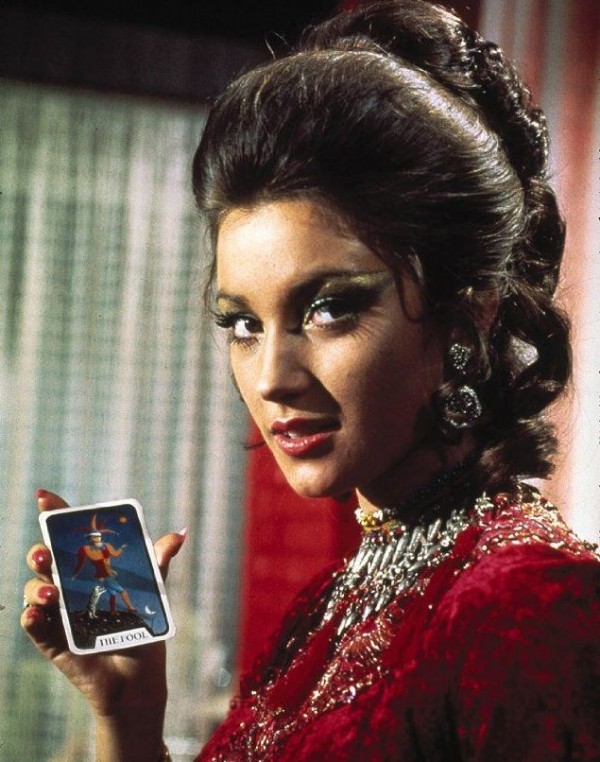 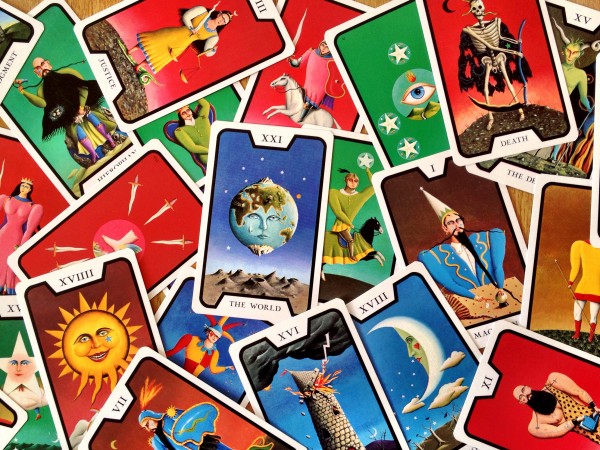 For a while the pack was marketed as a James Bond accessory and is now a collectors item... 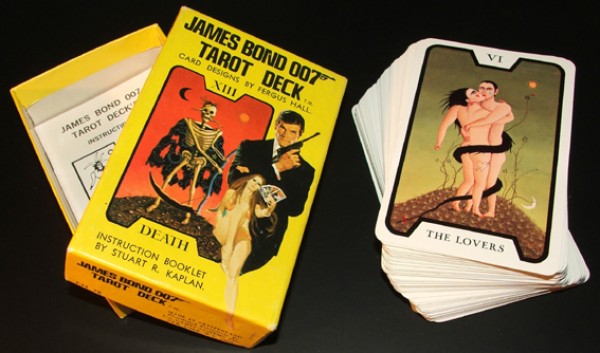 In more recent times though, a less costly option is to buy the more widely available standard edition... 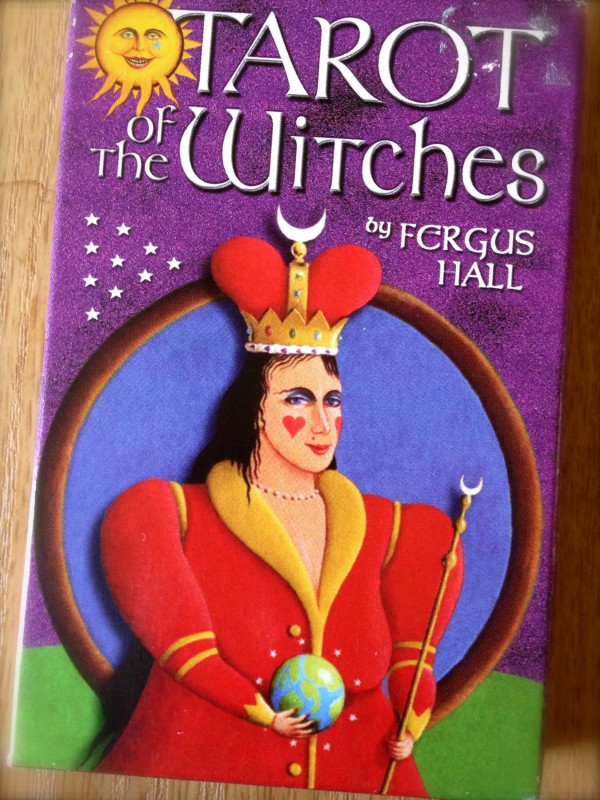 In 1982 Hall wrote and illustrated a children’s story, Groundsel... 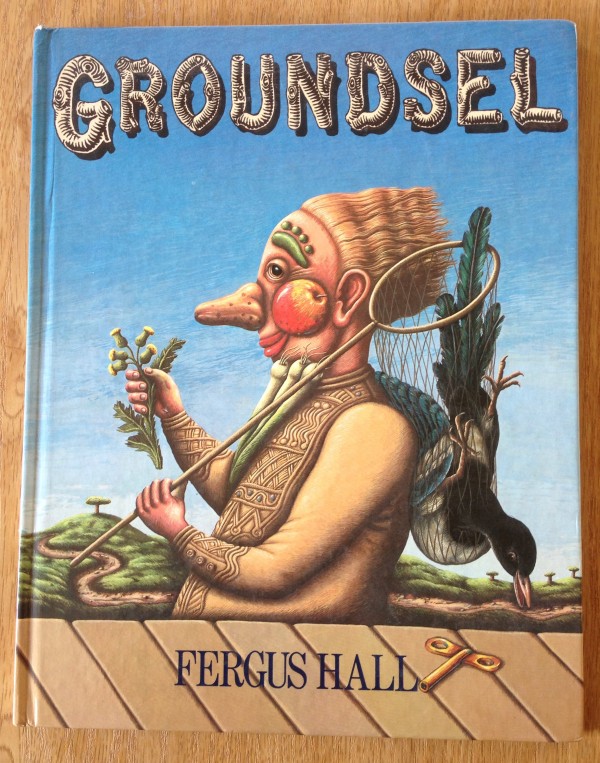 ...which contains several illustrations that have something of a pre-echo of PJ Crook's work on some KC sleeves. 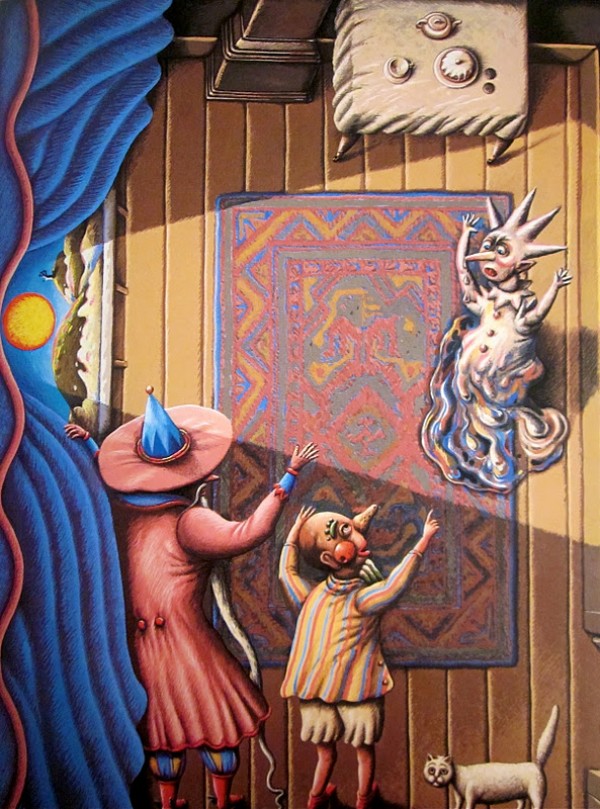 You can find out more about the impact Groundsel had on one reader here.

In 1984 Hall's work appeared on another KC release, The Compact King Crimson which used the painting Il Divino as its cover. 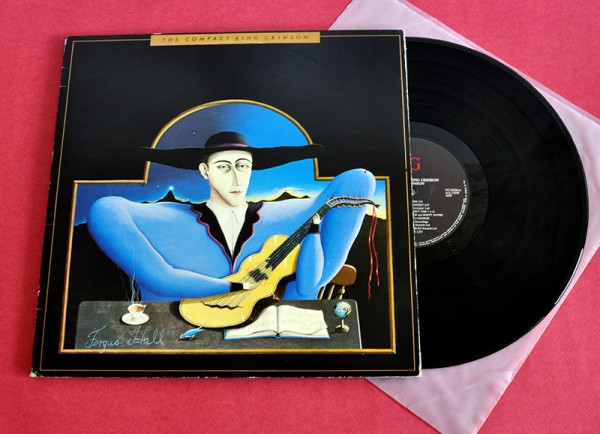 In another curious Crimson coincidence Hall left the world of painting behind for several years when he joined the Samye Ling Tibetan monastery in Scotland, the very same one Jamie Muir entered following his departure from King Crimson in 1973.

Having returned to painting, Hall continues to live and work in Scotland and sells his work direct to the public. 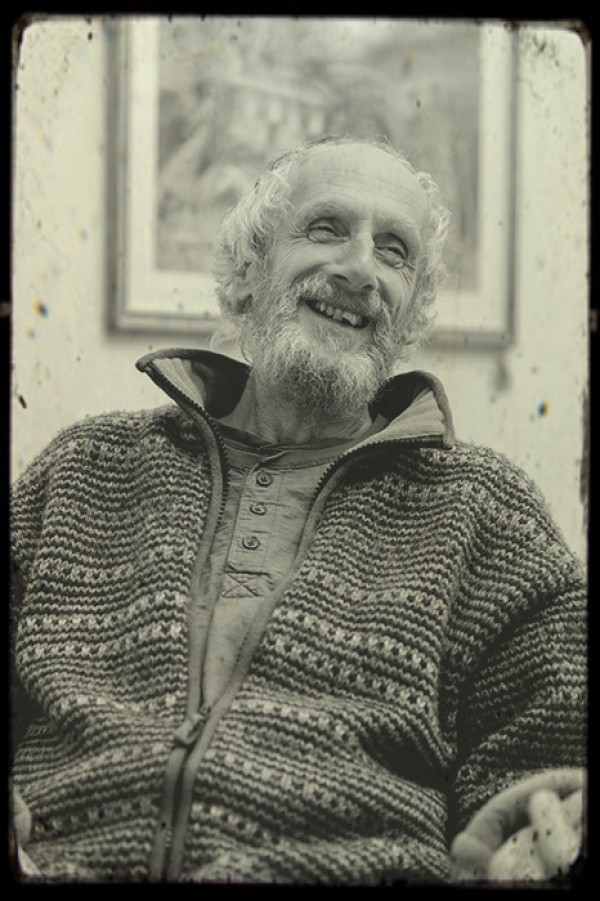