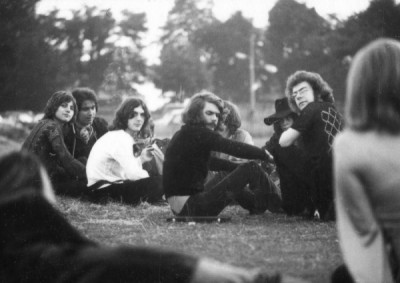 King Crimson formed, rehearsed, performed and recorded their seminal LP –In the Court of the Crimson King – An Observation by King Crimson – in 1969. It was the first incarnation of the band; this essay is about its coming into being. It looks at the background and biography of its founding members and the influences – musical and other – brought to the mix in creating the unique sound of this original version of King Crimson. My account is set against the prevailing cultural trends of the late 60s, and the social and political currents, which underpinned them. The evolving music field is also brought into relief as a series of generational shifts out of which King Crimson emerged and to which it contributed, including changes in the use of musical instruments and, indeed, music management practices of the day.