Quite a culture shift from Mexico to La La Land and the USA. The view from my hotel window changed from the precariously dangling window cleaner in Mexico City to the strangely comforting Hollywood Sign. The bottles of water in our hotel rooms are no longer complimentary. The price of the sometimes-modest hotel breakfasts becomes slightly eye-watering (something these hotels get away with mainly because we never have to actually reach into our pockets and use real cash to pay for it). 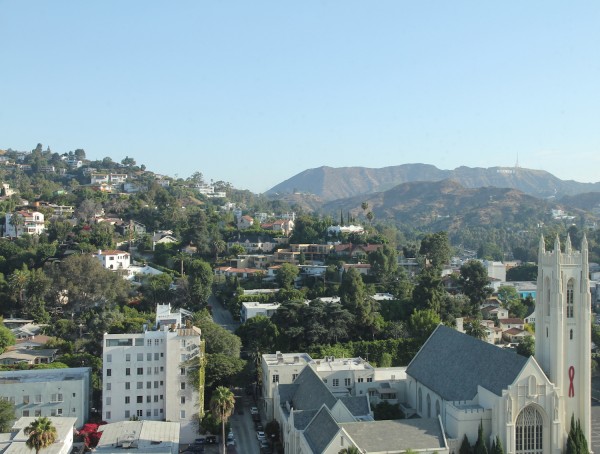 But, wonder of wonders, much less of a culture change at the concerts than expected. Surely the oh-so-sophisticated, hard-to-impress audience at the Greek could not match the sheer, vociferous joy of a Mexican audience. Not quite, perhaps. But they certainly did their very best. It felt like a very significant gig- and very well attended by “the people who influence the people”. The promoter was apparently very nervous about promoting a show straight after labour day (sorry – labor day, or presumably in fact “no-labor day”).  Fans are often apparently keen to stay at home after all the festivities. He need not have worried. The show sold much better than our last visit two years ago. 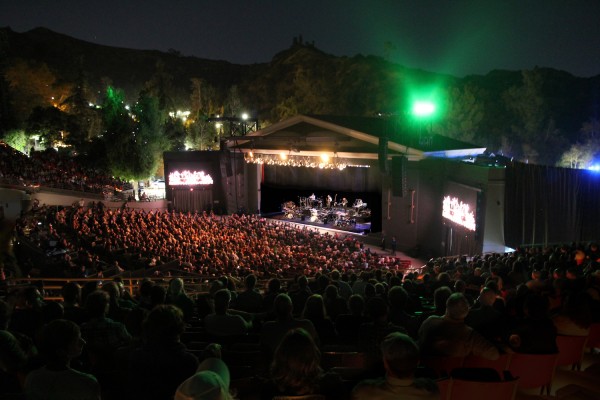 LA did, as ever, also produce some wonderful weather (many of us arrived in San Francisco wearing it all over our faces). I caught Sheik Jeremy Stacey on camera adopting his own solution for the hot and sweaty soundcheck – where the drummers were in full sunshine.  LA is also, of course, a town for meetings – and we had a number of very good ones to discuss touring plans for next year. 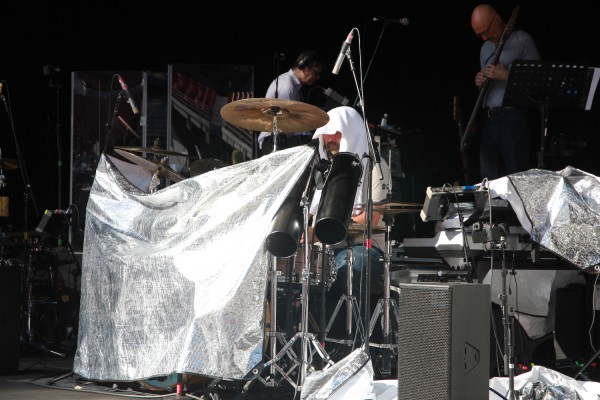 Then on to San Francisco, which unexpectedly had the feeling of a Seattle-based “home game”, as many friends had made the trip down. Chief among them, Bill Rieflin was there to greet us at the airport. He became the “Star in a reasonably priced car” (for those who understand Top Gear references) at both Royal Packages (aided and abetted by Jeremy Stacey on the second day). It was a reminder of how much we have missed having him on the tour. 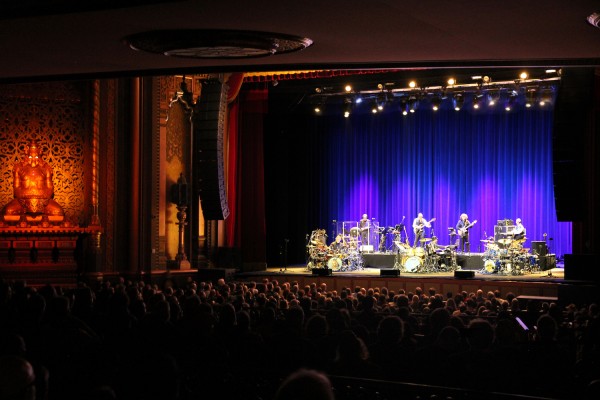 I also had the chance to catch up with Steve Ball - a name familiar to all purchasers of DGM albums as the designer of the Discipline knotwork, but also my co-conspirator in BootlegTV, and the driving force behind Tiny Orchestral Moments (while also holding down a senior position in the suddenly-not-quite-as-evil-as-it-used-to-be Microsoft empire). He would also seem to have added the self-appointed role of my personal “attend-to-yourself” counsellor - for which I can only thank him, and not “try”, but “succeed” in attending to those items when I return home after this tour.

Currently in a coach driving to our hotel in Denver …