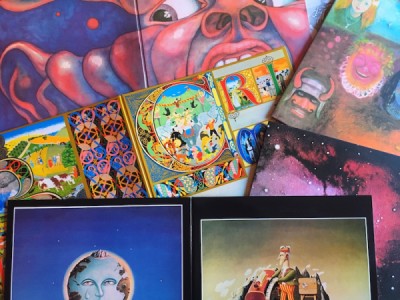 The Steven Wilson 40th-anniversary stereo remixes originally released as part of the 69 - 72 LP boxed set are now available to buy individually.
Originally begun in 2009 by Steven Wilson & Robert Fripp for King Crimson’s 40th anniversary, a series of new mixes were prepared in both stereo & 5.1 formats & issued as CD/DVD-a sets.

Consumer demand for the remixes on vinyl led to two boxed sets being issued in late 2018 covering the periods from 1969 – 74 complete with an album of alt. mixes of Larks’ Tongues in Aspic, a 2LP set of rarities and an expanded, remixed 2LP set of USA.

Limited to 2000 copies per title. Cut by Jason Mitchell at Loud Mastering.

They are available to order via Burning Shed (UK & EU)