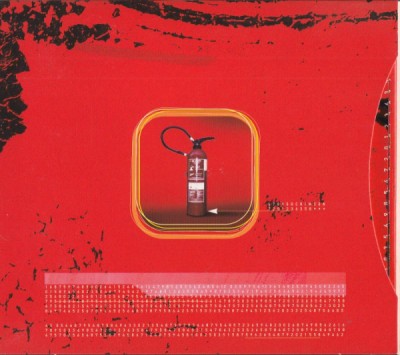 25 years ago this month King Crimson’s Thrakattak was released. Hailed by one critic as 'King Crimson's finest hour,'  the live album took improvisations that were bookended by the THRAK theme from a variety of performances in the US and Japan. These were were then sewn together into a continuous suite lasting the best part of an hour. The album boasted epic toe-tappers such tracks as Mother Hold The Candle Steady While I Shave The Chicken's Lip and The Slaughter Of The Innocents. If 57 minutes of hard-core noise making wasn’t enough to tempt in the fans then there was always the wonderful Bill Smith Studio-designed poster and package as an extra enticement. 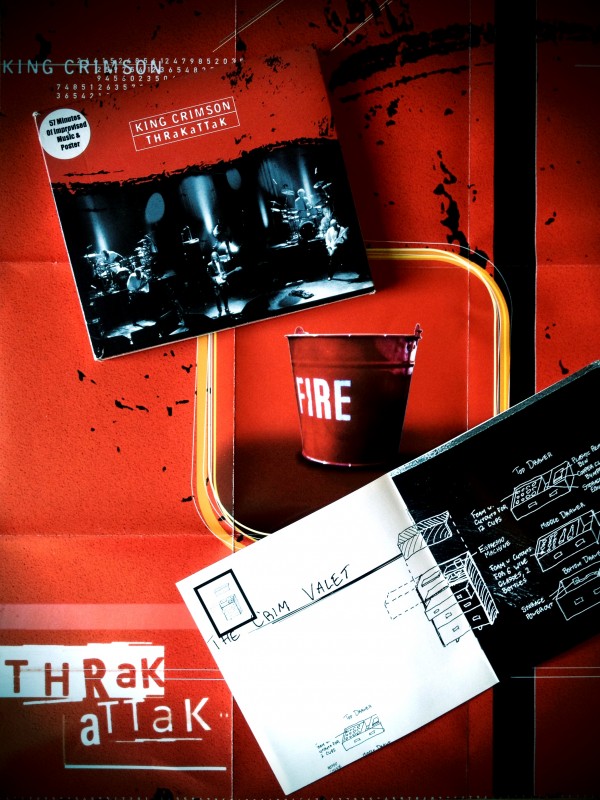 The Wire’s Chris Blackford had this to say about the album.

"While 99% of pop/ rock groups still see liver performances as nothing more than an opportunity to reproduce studio recordings in front of a live audience (and 99% of pop/rock fans expect this), King Crimson have regularly incorporated structured and free improvisation into their live sets. For a group that's been reviled (as well as revered) for nearly 30 years, they've certainly taken more creative risks than most. Their albums have also included significant chunks of Improv, the earliest being the ten minutes or so of low-key guitar, bass, drums and vibes that comprise the better part of Moonchild on their 1969 debut, ITCOTCK; others include LTIA, SABB and Red. However, the most impressive place to sample 70's KC improv is the 4CD set TGD released by Virgin in 1992.

But Thrakattak goes further than any previous Crimson album, being the first to consist entirely of improvisations. The eight here were recorded live on the latest double trio's 1995 Thrak tour of Japan and the USA. Everybody having embraced new electronic technology for guitars or percussion, this is the most hi-tech and extreme sounding KC to date. The scale and density of this music sometimes borders on the terrifying, as layer upon traumatic layer of noise, distortion and warped tonality build up. But the disciplined construction of these dark forces is always

Yet this is distinctive Crimson music, so much so that for all its MIDI sophistication, Fripp's 'soundscaping' system is often used to create the sort of overarching nightmarish string / choral sounds that emerged from two temperamental mellotron's in the mid 70's. As powerful a collision between Improv and avant rock as you're likely to hear, Thrakattak is King Crimson's finest hour." 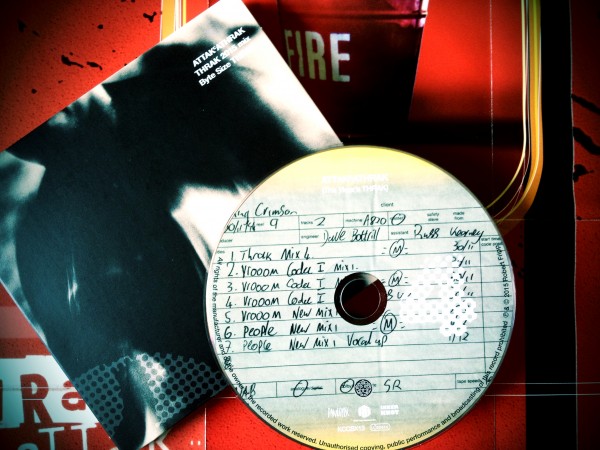 In 2015 David Singleton girded his loins and repeated the exercise of distilling down hours of tape to produce an updated and completely new suite of improv by the double trio for inclusion in the THRAK BOX. Here’s David describing the process.

And from the THRAK box, here's a slice of David's valiant efforts. . .