Previously only available as part of the KCCC mail order series, three titles are being reissued for general retail to tie in with the forthcoming Record Store Day on April 18th.

Available for a limited period of time only these albums represent some of the most exciting and interesting dates in the Crimson calendar. Please note these releases are CD only. There’s no extra material on these new editions so if you already have these as KCCC releases then you don’t need to buy ’em! 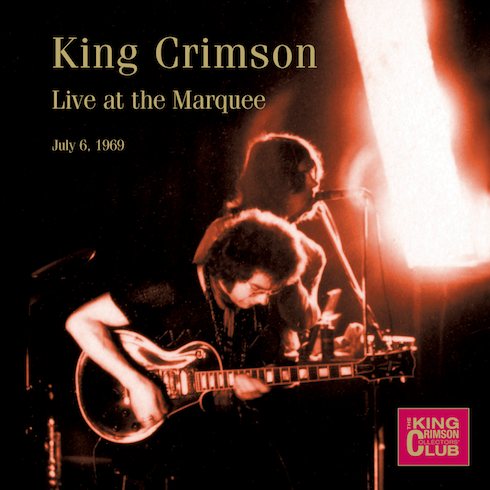 On July 5th, 1969, King Crimson played to upwards of 500,000 people on a bill topped by The Rolling Stones in Hyde Park, London. It was a pivotal point for the band. The next evening, King Crimson played their regular club date - a crammed Marquee Club in the same city. Recorded by an audience member, the original tape of the concert found its way to Robert Fripp & DGM many years later. Extensive audio restoration was applied & though it’s still never going to be a ‘hi-fi’ experience, as one of the earliest live recordings of the band, it has been a consistent seller for DGM for many years. Pre-dating the release of “In The Court Of The Crimson King” by more than three months & showcasing material from that album, the tape captures the raw power that had already made Crimson London’s hottest new band. Also included is the only known recording/performance of ‘Trees’ from October 1969. While the audio quality of this recording is poor & no amount of restoration can improve upon that, its rarity earned it a place as a bonus track. 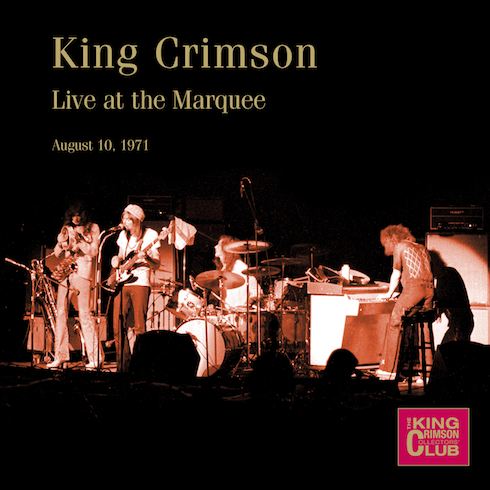 One of the more pleasing outcomes of the ongoing King Crimson 40th anniversary releases was the reception & re-evaluation that was afforded to 1971’s “Islands” album. Long over-shadowed by the live reputation of the 1969 line-up that preceded it & the 72/74 line-ups that followed, the band had, up to that point, been under-appreciated. This soundboard recording, discovered in the DGM archive in 2012, confirms that the 1971 band could match any King Crimson line-up before or since for a quality live show. In the middle of the recording sessions for the “Islands” album, the band returned to the legendary Marquee Club for two special concerts (quickly extended to a third night). Taken from the second night, this recording captures a relaxed performance featuring material from all three of King Crimson’s released albums & early live recordings of much of the “Islands” material. This is the only line-up in King Crimson’s long history that has, to date, performed material from the first four studio albums. It’s a key recording in the King Crimson catalogue of live releases. 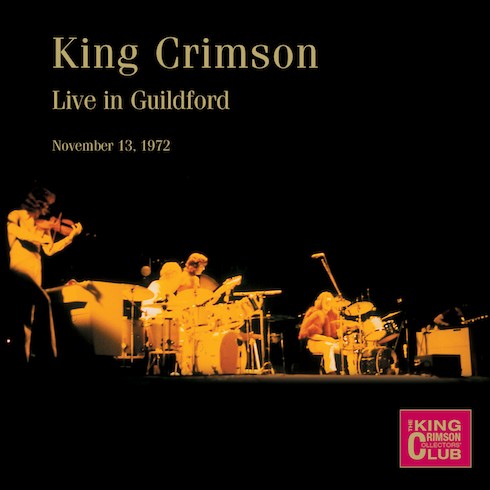 The reputation of the 1972/74 King Crimson line-ups comes from shows such as this soundboard recording of the band. Having formed in July of 1972, the band played three nights at the Zoom Club in Frankfurt & recorded a TV performance for Beat Club Germany in October prior to embarking on a full UK tour. This was the fourth concert of that tour & features material from the album that would become “Larks’ Tongues in Aspic” when recorded the following January, alongside one of the band’s fiercest (& longest) improvs. This is the best known concert recording of the short-lived, legendary, quintet line-up.