Meltdown, the latest live release from King Crimson containing three CDs and one Blu-Ray with in-concert footage is now out. Writing in the liner notes accompanying the set Robert Fripp says of the group, "Hopefully, this KC will increasingly be heard and seen for what it is. And it is remarkable. The best band I’ve been in, musically, personally, professionally." 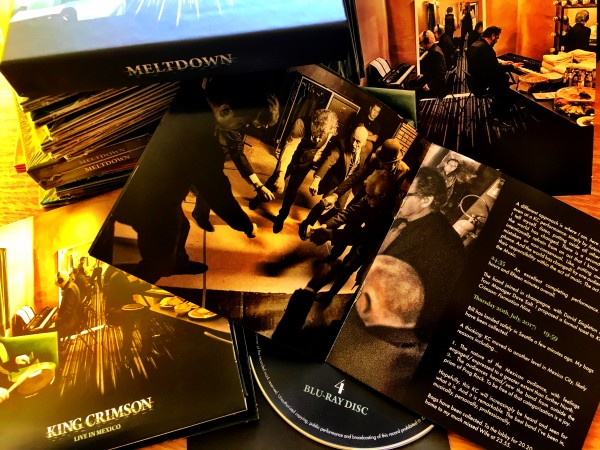 The album was recently reviewed by John Kelman at All About Jazz. "this is, indeed, a Crimson where nobody is featured yet everyone shines. Ok, not entirely true, as everyone in the band has moments where the spotlight would be on them...if there actually was a spotlight. But this version of King Crimson has eschewed anything visual beyond the massive import of its lineup and the eye-grabbing performances of everyone in the group...sometimes, so many taking place concurrently that it's difficult to know where to look. 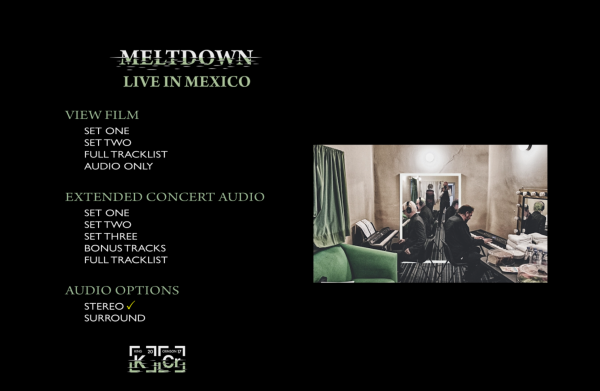 And that is where the video content of Meltdown really helps elucidate everything, but most notably who is playing what. Radical Action's video portion utilized fixed webcams, and so it was up to the editor to move between cameras and utilize cross-fades, split screens and more to create the sense of motion that was absent from using this type of technology. With Meltdown, better cameras are used, though still none getting in the way of the group's performances as is so often the case, with camera operators climbing all around the stage to get angles and shots. Here, David Taylor's cameras are judiciously arranged so that it's possible to get a full-on look at the band, as if sitting in a great central seat. There are also cameras that focus, from various angles, on each member of the band, along with side and back views that provide perspectives no ticket holder can get. And, just as importantly, video director Matt Skerritt avoids the rapid cuts that make so many contemporaneous music performance videos just plain irritating.

You can read John's review here.

Here's a sprinkling of Meltdown out in the wild from the King Crimson forum and King Crimson Italia on Facebook. 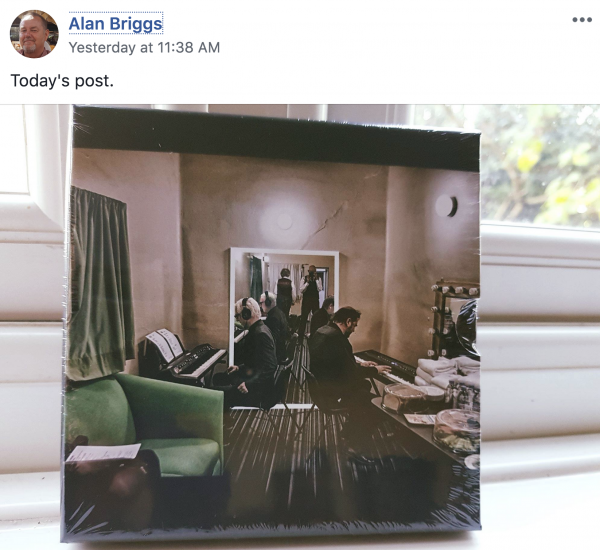 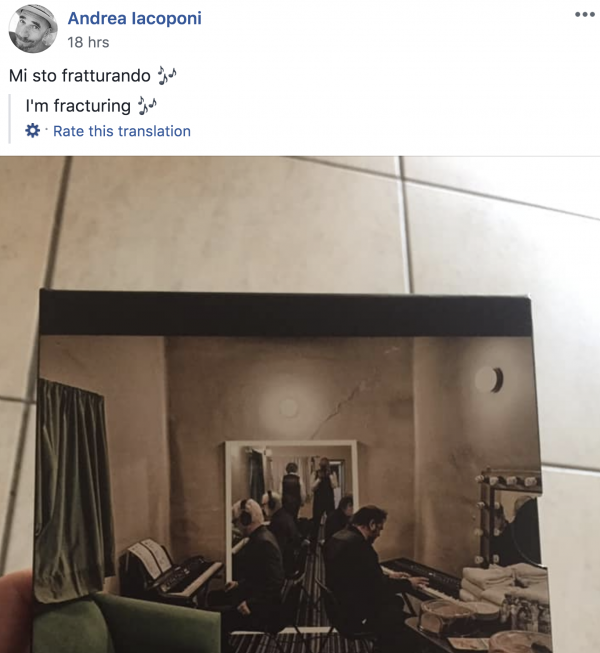 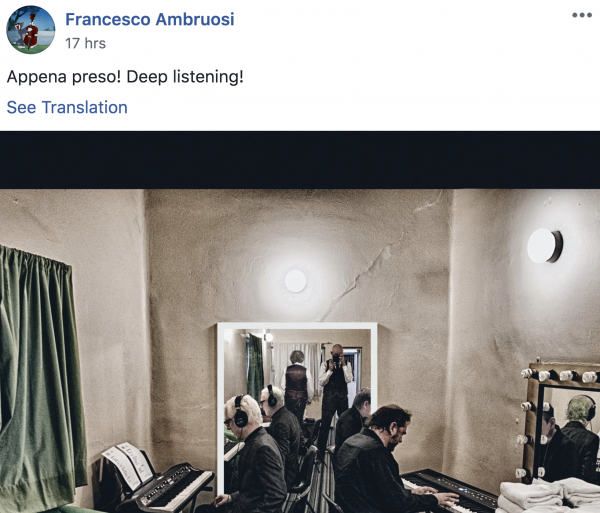 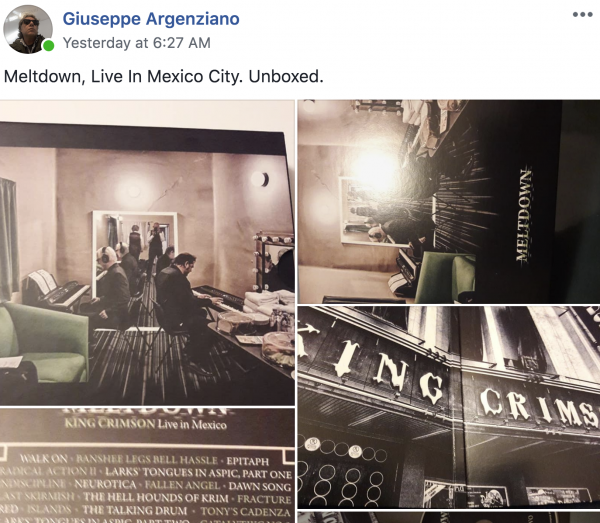 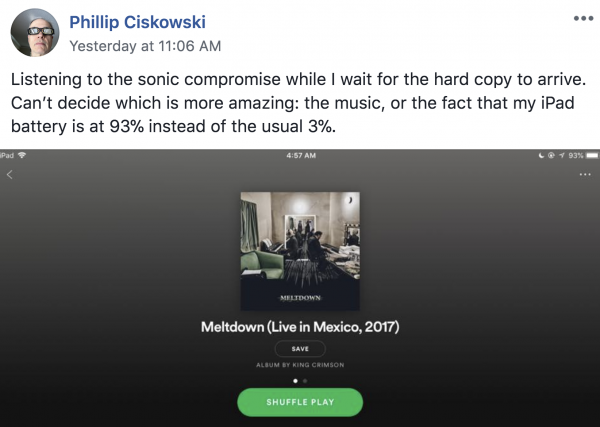 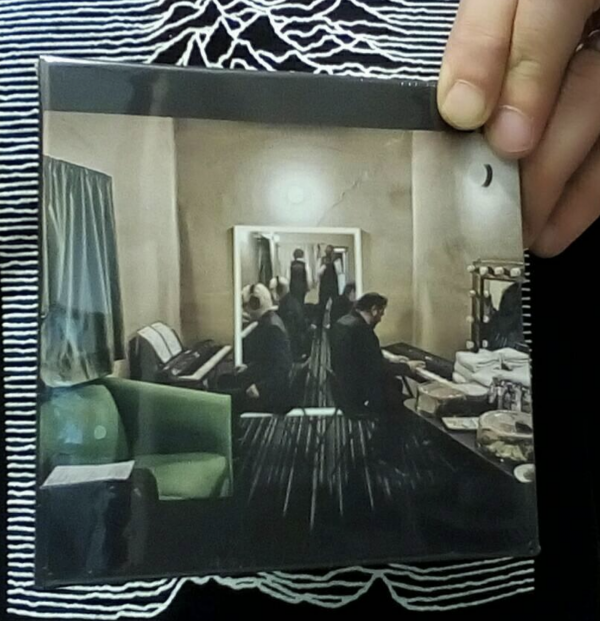