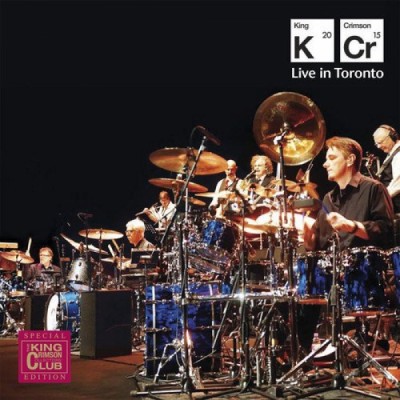 Widely acclaimed as one of the best in-concert releases by King Crimson, Live In Toronto will be released as a 4LP set next month.

It’s barely a year since the release of the 2CD edition of the Toronto concert. Yet in that short space of time the album has received universally positive reviews, becoming one of the fastest selling DGM titles. It’s already spoken of by many KC fans – the most knowledgeable source when it comes to the vast array of live Crimson material – as “a classic”.

There has also been consistent demand for both representation of this album on vinyl & in hi-res format. This limited edition release, issued just over a year to the day from the original 2CD set, meets both of those demands & adds to them – by also including the material from the limited edition picture disc 12” sold at the band’s live dates in 2016. 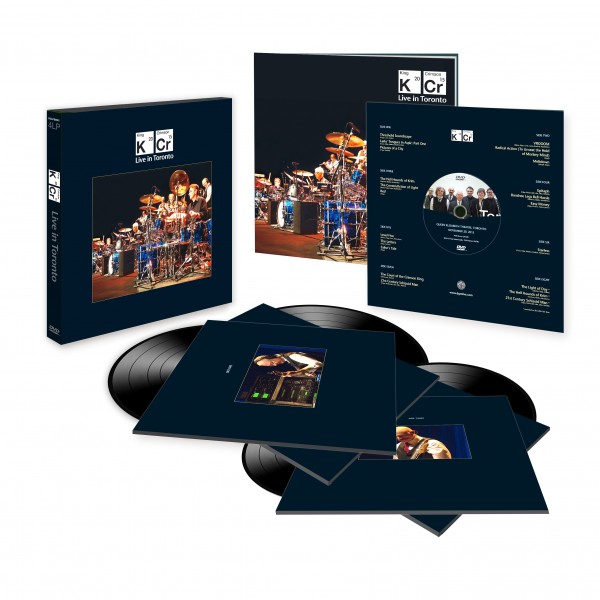 Please note that this will be a limited edition mail order exclusive only available via Inner Knot and Burning Shed. Broader availability in other outlets may be possible at a future date but will of course be subject to availability.

Japanese customers please note there will be information for mail order sales as soon as possible.

Presented as 4LPs, each in its own protective inner polybag & outer album sleeve with a DVD featuring all audio in hi-res (Toronto material at 24/48, USA at 24/96) with 12” booklet, all contents enclosed in a rigid slipcase, presents the album in twin deluxe audio formats & with the same level of high standard packaging that has been used for the band’s CD/DVD-a/Blu-Ray boxed set editions.


LP1:
A
1 Threshold Soundscape
2 Larks’ Tongues In Aspic Part I
3 Pictures Of A City
B
1 VROOOM
2 Radical Action (To Unseat the Hold of Monkey Mind)
3 Meltdown