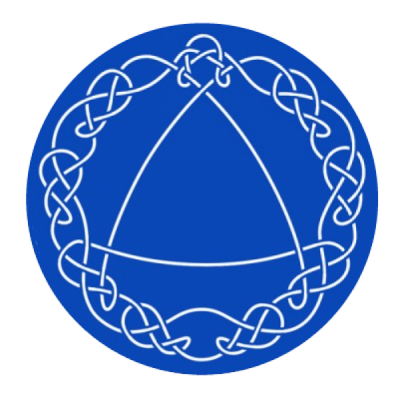 Over breakfast this morning, before the Inaugural Meeting and the formal beginning of the course, silence came to visit. Surprisingly. And hovered for some 15 minutes.

Accessing my GC files I read this:

Over a modest but sufficient breakfast between Frank and Ingrid S, Paul R, Stephen R, Curt G, and myself, silence came to visit; quite suddenly and unmistakably, at 08.36.

E-mails of good wishes on the board from the Seattle Guitar Circle and the GC Registrar in Chile.

Last night I had a strange and disturbing dream which I did not recognise as mine or coming from me. I checked with Hernan and discovered that there are strange and violent dreams which several of the Crafties have been having. Hernan and I have shared dreams in other course buildings, and the convention seems to be continuing.

The various houses and facilities which appear and become available to GC courses are, obviously, supporting our work. But often I feel that a primary purpose of a course in a particular building is to contribute something to that house. Often, the history of the house is itself strange or disturbed. My sense is that a primary action of many courses is partly to redeem a house from its history.

This course is beginning to simmer. We have one good loony who is is irritating the kitchen and staff. He has himself appeared in several of the more experienced Crafties’ dreams. A good loony is hard to find: this could be a worthwhile adage for any endeavour that otherwise might tend towards comfort or smooth running. A bad loony is destructive; a good loony keeps everyone on their toes by being a natural irritant, and by asking dumb questions—like addressing fundamental issues and principles that anyone in their right mind has already filed under given.

Fortunately for Guitar Craft Courses our adage might be: Not only is a good loony easy to find, but they come looking for us. Hernan tells me that our loony has been telling students what Mr. Gurdjieff and Mr. Bennett meant by awareness. Now, that’s helpful.

The greatest difficulty for me on any course is the morning when the right hands come to me: grasping, squeezing, dropping picks.

How we hold our pick is how we live our lives is a well-established Guitar Craft aphorism. How we hold our pick is a very small thing; but how we do one small thing is how we do all the small things which, taken together, is how we live our life. When I attempt to modify, gently, how a student holds their pick, I am confronted by the total energy of their belief system, personal agenda, prejudice, and attitudes, all recorded and established in musculature and tissue; that is, how they live their life. My experience is like walking into a brick wall, and inviting it to change its nature.

For several years I have been asking myself whether I can continue to put myself in front, regularly and periodically, of this fixity, multiplied by (on this course) 24. I have no answer to this question. Even the Introductory Weekends have failed to significantly diminish or moderate the attitudes that these hands present to me.

20.27  Irritation is building in several of the team.

Silence visited during dinner in a major way.

The Level One students are preparing for a performance this evening, a challenge set them on Wednesday evening. Names were pulled from a hat worn by David Bowie on his Serious Moonlight tour of Germany in 1982, and the property of registrar Hernan Nunez (who worked for the tour’s promoter). The names were placed in groups of various sizes. Each group then composes and rehearses its music, preparing for this evening.

My morning, and some of yesterday afternoon, has been spent in meetings with the Kitchen Team. These are usually more experienced Crafties who have sufficient experience to work in the kitchen and accept responsibilities for the house, such as cleaning the bathrooms. This is something like an ongoing Team, and is a course within a course. Both courses significantly support each other, although the ways in which this is so are not all obvious.

And I have had some time to approach my own compositional process, notably for the next generation of King Crimson repertoire. It is exceptionally difficult for me to set an agenda, for myself or a course, within an ongoing GC course—and I have learnt not to try. In the first year of GC courses, I had clear aims for what I hoped that course might address. Within 10 minutes of the opening notes, it became clear that the course was going to go in another direction. So, I follow. My responsibility is to the course and students—my own interests only come to life if they interface and support the course. Fortunately, with current musical materials this is partly so.

A performance is always…something more than a performance. A high-information situation, as one might say. Whatever appears to be going on, there are other things happening. And below all of this is the unfolding of an eternal process, which carries its own power and dynamic.

Fairly naturally, questions of stage fright arise. My own experience of performing in public now covers over 38 years, and I would divide stage fright into the categories “real and imaginary fears.” The approaches to each share one thing in common: physical relaxation. This is an aspect of a fundamental GC exercise, The Assumption Of Virtue, which is subtle but exceptionally powerful.

I note again this morning that my advice, even when sought, is rarely welcomed. If I include unsolicited appeals (that is, outside a Guitar Craft context) I reflect that the less the payment for my advice, the more it is rejected; this often in ill-mannered and offensive terms.

Before the creation of Discipline Global Mobile, I received a large number of demo tapes. This has now hugely increased with the formation of an artist-friendly, music- driven company. A standard request is much like this: Please listen to my demo (20-60 minutes) and let me know what you think of it; and give me advice on how to have a career in the music industry.

The first request, if treated seriously, takes 1-2 hours of my time; to include the second, 2-3 hours. I note that I have spent many hours on these questions, personally and in correspondence—in recent years, primarily for Guitar Craft students who have invested considerable time, money, and effort in seeking this advice.

I also note that when I consult my solicitor/s, barrister, accountant, professional adviser for their advice, they generally send me a bill for £125-175 per hour of their time, plus expenses.

Nevertheless, I have considerable sympathy for musicians facing the rigours of presenting themselves and their music to the world. So, I take this topic seriously and address the serious student (through GC).

Better not to ask for advice until prepared to hear, accept, and respond. This takes a more subtle currency.

21.07   In my meetings with the students this afternoon, a common feature has been the effect of the performance upon them. One of them made the comment that the performance magnified their experiencing. Performance (properly conducted and not undermined by puncturing operations) amplifies and intensifies the energies within the performance—which can be transformative and life-changing. This is why I have such respect for live performance.

The external part of the performance, like the “sound” of the music, can be quite naff (a local promoter left early because the playing was “bad”) without compromising the fact that performance is performance. The act of music is the music.

An important feature of Guitar Craft playing in the circle is circulation: the passing of a note from guitarist to guitarist. Actually, what is being passed is not the note, but what is being carried by the note: the presence, understanding, and state of the player. It is astonishing to feel anger, fear, courtesy, or understanding being passed along the row of seats to where one is sitting.

A frequent question today is: How can I contribute to the group? This generally in terms of—the group is arguing about what to play, is bad tempered, tired, frustrated: what can I do? My view is simple: all that we can contribute is the quality of our own work. When working with a number of other people, it is easy to see and feel negativity passing out of one person into the group; like a bad smell feeding into the atmosphere. Equally, a relaxed and present person might neutralise and equilibrate a tense situation.

So, what can I do in a group when things get tough? Relax, sense my physical presence, and ooze goodwill! And sometimes a smile helps too.

The Kitchen Team and I have had our final meeting. Most of them are staying on for several weeks as part of the extended Summer course, with public performances included. The Gauchos Alemanes will continue touring at the end of that.

The students are choosing the focus for their day’s work, to be presented at the end of the afternoon. There are more English (four) among this course than any I can remember, outside a course at the Red Lion House in Cranborne. My work in any of its forms has little resonance, and I have no voice, for England and the English.

16.23   The Level One has been working with an exercise that requires the attention to be divided. I experience: