Rising with Devil Bug affliction of the throat and brain.

The Minx set off to collect Mr. Bill from Heathrow, leaving c. 09.35 on a grey, damp morning.

Into the Cellar for morning reading… 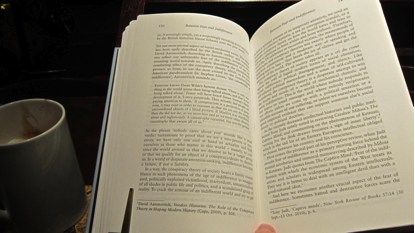 Thomas Philpott arrived c. 10.00 with Andy Stammers. The aim is to update Tom’s website with pix of Tom’s superb work in our home. Photo sessions are not an area into which I often find myself hurtling, embracing photographer as if a long-lost Brother. For Thomas Philpott, I exert myself… 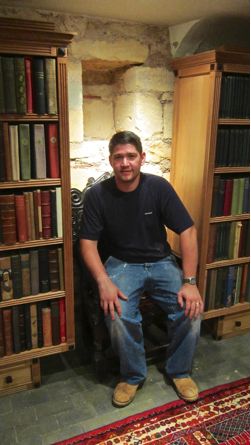 Bookshelves in the Cellar, with Cellar dweller I… 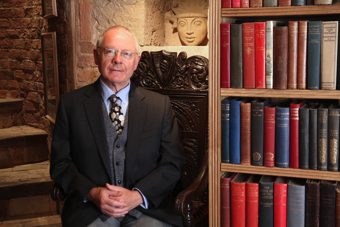 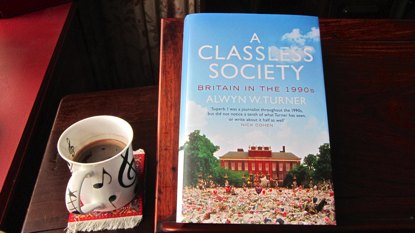 Shopping on the High Street, acquiring tasty cakes for our about-to-be-becoming visitor.

Tom and Andy are leaving after, they judge, a successful shoot.
To practicing. 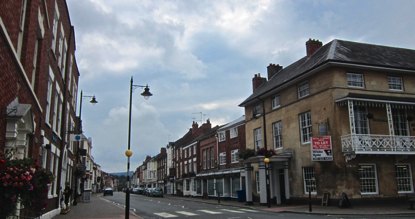 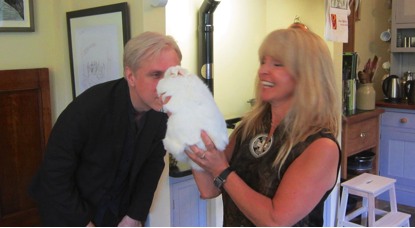 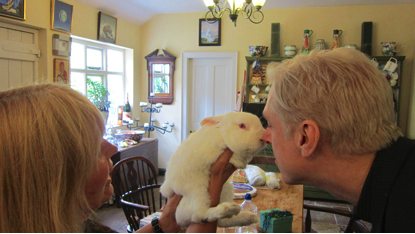 A cup of tea and Bill went up for a nap, with instructions to wake him at 18.30 if not already risen.

ManTime in the Home Study. Discussed: the Point Of Seeing for a Future Crim with three drummers. At 18.55 Bill declared his participation. So, at 18.55 King Crimson VIII moved to its next stage of actualization.

Why? As Dr. Mike would ask: Why do some things happen and other things not? One possible answer: the meeting of Necessity and Contingency.

Necessity: how King Crimson might return to active service, the form it would take and how it could be done, presented itself on Monday 22nd. July http://www.dgmlive.com/diaries.htm?entry=23873… While the rich conversation and comments continued around me, I looked at a situation-of-interest and how it might be approached: it spoke back, directly. Earlier in my life, an experience like this would have set the next period in motion. Presently, choices generate rich repercussions and are to be nicely considered. But, good to know that creative insight remains available to enquiry. This is one kind of necessity: where a creative insight carries with it a certain demand.

Contingency: the removal / dwindling-effect of four contingencies that restrained and limited my ability to act on choices and decisions, two negative and two positive.

2.     The non-industry dispute, although without resolution and without agreement, has a de facto position close to that intended.

3.     The almost-completion of The Guitar Circle book.

4.    The completion of the DU Reading Project.

I note also the Minx’s support, and willing-availability of  encouraging Business Persons.

So, King Crimson is in motion. This is a very different reformation to what has gone before: seven players, four English and three American, with three drummers.

The Seven-Headed Beast of Crim is in Go! mode.

From this to a very tasty supper and good conversation, as is always the case when Mr. Bill comes to visit.

To gentling and dribbling.