Dream: hanging with Elvis. He was touched when I told him that the first record Sister Patricia & myself bought was an Elvis. 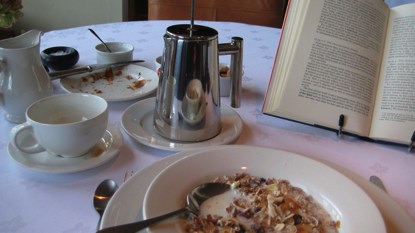 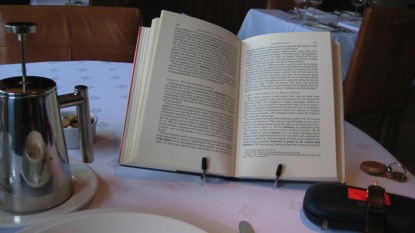 Please note the mobile reading stand, from the Uni Bookstore in Seattle, a gift from a Road Brother.

Views from a room I… 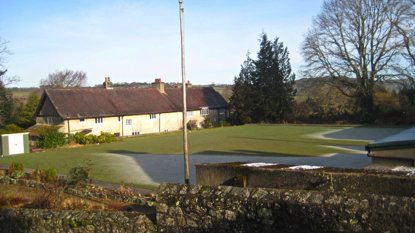 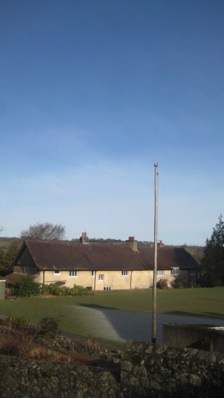 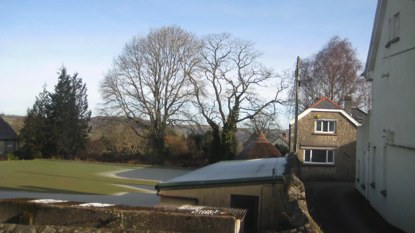 The frost on the bowling green is becoming dispelled by sunshine. 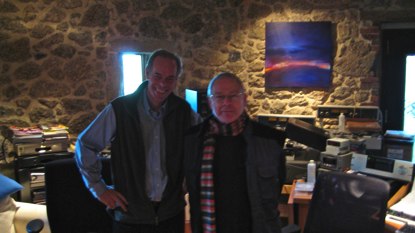 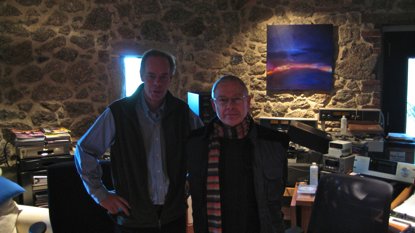 Working with the Master, Simon Heyworth 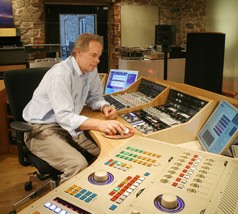 The first of several projects during this week on Dartmoor is mastering the new Wilson-Fripp stereo mix of Islands. Paulina Lucas, who has recently flown from this earth, is singing,

As an accompaniment to these maintaining-the-catalogue responsibilities, an inbox of 261 calls to be addressed. This piling-up is partly the result of functioning as a working player for 10 days, sideman guitarist to The Humans. 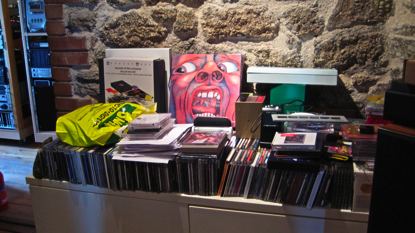 10.49    First pass through Formentera Lady. This is a rock group?!! More air is now being added to the left channel, 20k up from 17k. Not of itself audible to most adult ears, this has effect on the higher harmonics of lower tones. More, we sense that something has changed, rather than hearing a change. 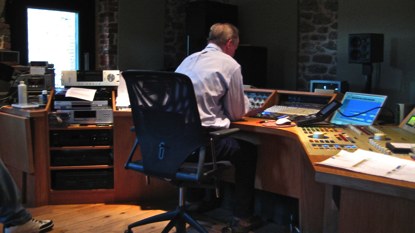 11.23    Posted by Sister Patricia…
Alfie Fripp Veteran of the Great Escape. These are the series of interviews with Uncle from last year.

The Sailors Tale is underway. Yow! The guitar solo has given me the shivers.

13.15`The Letters have been despatched.

E-arisings of the Crafty variety: an e-letter sent on Sunday, the subject of some reflection by me for 9-10 days & a major attractor-of-precious-attention-needed-elsewhere, this e-letter was written in direct response to the elicitation of my opinion, and has elicited an angry reaction in return. I note, very few people who ask for my advice want to receive it. This seems to be the case once again.

15.53    Ladies Of The Road now werned & twerned with demon sax of beastliness & terror from Mel.

Prelude. Memories of conducting the chamber orchestra with a pencil; this (wisely) ignored by the players, who followed the directions of the principal violinist instead.

Andrew Keeling's diary on KNews for Tuesday, August 2 2005: …King Crimson's Islands is playing in the back room. I felt I should remove it from its home on the CD shelf and play it this morning. Sailor's Tale. RF has bad memories of this period KC. PS thinks it's the route KC should have taken and sees Islands as (quote) 'my Islands'…

This explains a lot, and raises questions.

I'm not sure why Peter Sinfield would consider Islands to be his album, although it became clear at the time that Peter was increasingly using KC as a vehicle for his personal ambitions, rather than a joint/group undertaking. On Islands Peter expanded his brief to include cover design, rather than using an outside artist (in the US Atlantic declined to use Peter's cover, preferring the inner sleeve of the nebula cluster). At live shows, VCS3 explosions & effects from Peter's FOH desk suggested a metaphorical climbing-onstage. EG Management, experiencing the difficulties of managing an offstage member of KC who wanted the visibility of an onstage presence, put the sound mixer of their next band onstage right from the beginning, in order to head-off the problem: Eno with Roxy Music.

The creative power that brought KC to life in 1969, which we called the "good fairy", did not originate in the young men that formed the band: it acted through & upon them. As an older player, I look back with greater experience of the workings of the creative process; and find the creative impulse that came into our lives unimaginably more generous than I could appreciate at the time, and even more mysterious.

When the creative current turns on, genuine insight can move to fantasy. This is particularly so with young people who suddenly become successful & the centre of attention; suddenly become important income-generators (for their managers & handlers rather than themselves). Whims tend to be humoured & demands (not always reasonable or measured) addressed, at least for a time, to keep the artist within the loop.

Aspiration pulls us forward, towards the aim. Ambition pushes us forward, the aim serving as the vehicle to achieve our personal ends. A prime distinguishing characteristic between aspiration & fantasy is in knowing where we are, where we are going, our talents & resources, and the particular contribution & tasks that are required of us. In a word, realism.

I don't doubt that Peter's feelings are genuine, that he honestly believes himself to be KC's Good Fairy. This would explain the bitterness, ongoing to this day. But realistically, how was Islands Peter's album? Peter didn't compose or play music; his contribution was not of the catalysing & conceptual kind that Eno brings; and Eno's "non-musicianship" was of a different order. Peter's exceptional talent & contribution lay elsewhere; as the world has justly recognised.

Which musical route did Peter want for KC? That of Formentera Lady? Ladies Of The Road? Scored music for chamber orchestra? And how could any route have been continued, even were Peter to have remained within the band? Peter's considerable talents were not musical. Peter had no musical & performing experience, compositional or executant skills. And personally, I prefer Larks' Tongues In Aspic, Fracture & Red to Formentera Lady; with due respect to all the talented characters involve

18.04    The above only a small part of the associations & resonances that King Crimson – the band/s – and its catalogue hold for me, returning to life whenever I return to hands-on such as this. Fortunately, in this most recent work with Steven Wilson, remixing in stereo & mixing in surround, accessing original tapes, the music has escaped from the conditions of its playing & recording, and has become available as if for the first time. Freedom from associations apart, at no time, even in the studio/s during the recording sessions, has the sound quality matched this. I am hearing the music.

The period is being redeemed.

Done for today at SAM.

Supper in a pub that has recently changed ownership. A story attaches itself to this simply piece of information, but not for today. Briefly, this is an improvement… 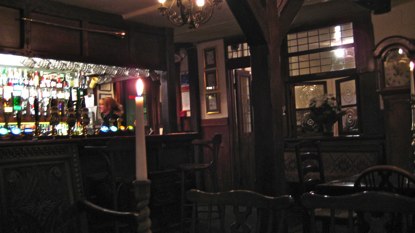 Oh no! Listening to Fripp & Fripp at the NPA. The junior Fripp speaker has given a wrong date! In this field, the province in which my Sister Patricia excels, I am continuing to learn the trade.