Why do we want to remember?

“But why do we want to remember?!” was Chris Porter’s light-hearted response to the photography at the start of some of the tracks at the concert in Rome (leaving aside the question of why the start of “Discipline” looks any different in a photograph to the start of “Pictures of a City”, for example). If we overlook the boring evolutionary advantages of memory, it is a fun philosophical question. Something to ponder as we drive from Rome to Lucca- with my newly downloaded “This is Bach” playlist playing in my life-changing fabulous Bluetooth noise-cancelling headphones.

At the Royal Package yesterday, Robert announced that our touring next year would be focussed on “Innocent Ears”.

“Does that mean we are not welcome?!” I was immediately asked by a die-hard multi-show veteran.

“Of course not,” I replied. “If the attitude of the musician is that every time they perform the music it is as if for the first time – then surely we the audience can listen as if for the first time...”“…unlike the fan on Facebook Italia,” I continued “who, coming with his pre-determined views, posted that the only part of last night’s setlist he liked were the last three songs…”

“That was me!” said one of the attendees from the back, “I didn’t mean to be negative. I just want to hear the music from the 1973 period!”

So what does that tell us about the pros and cons of memory? This keen fan was hearing the concert through the prism of previous listening: ‘This is a song from that period, which I like. This is a song from another period which I don’t like’. We are all prone to do this. If I see Paul McCartney in concert, I will not hear songs from the Beatles or Wings or recent solo works in the same way. It is hard to set aside our historic passions and expectations.  We are partly locked in a celebration of the past. Which can be great fun. I saw Fleetwood Mac at the O2, where amidst a sea of camera phones and sing-a-long (including my own) they played all of “Rumours” and “Tusk”. And a wonderful night it was too.

But what if the purpose is different. To play and hear the music as if for the first time. Those magical spine-chilling life-changing moments.

One solution (as historically adopted by King Crimson) is to play very little old material. I saw Paul Weller interview Paul McCartney, where he pointed out that McCartney’s willingness to embrace his old catalogue was one reason why he was filling stadia while Paul Weller, who only wanted to play new material, was playing Church halls (I paraphrase).

The current incarnation of King Crimson has embraced a middle ground. Re-visiting, but re-inventing the catalogue. An expanded present moment. All the music is new whenever it was written. And as such our memories and pre-conceived notions may get in the way.  The performance of Bolero in Rome was stunning. Might it fall on deaf ears if you do not like the original because you are a “fan of the Wetton period”. I hope I would be open to an acoustic rendition of “I saw her Standing there”, a full band version of “Blackbird”, or indeed a new song – such as “My Valentine” which I first heard Live at the BBC in 2013.

And what of our attempts to make memories? “I must remember this” or “a photograph to remember it by”. In those moments, our attempts to make memories risk removing us from the very present moment we are trying to remember. (These thoughts all coming from someone who spends much of his life deep in contemplation completely unaware of his surroundings).

I have had to break off to attend to my playlist. Bach’s Toccata and Fugue in D minor. Those famous opening three notes that go “da da da” have in this rendition now gained a trill, so that they go “da da daddledaddledaddle da”. You can’t do that. THAT’S NOT HOW IT GOES! 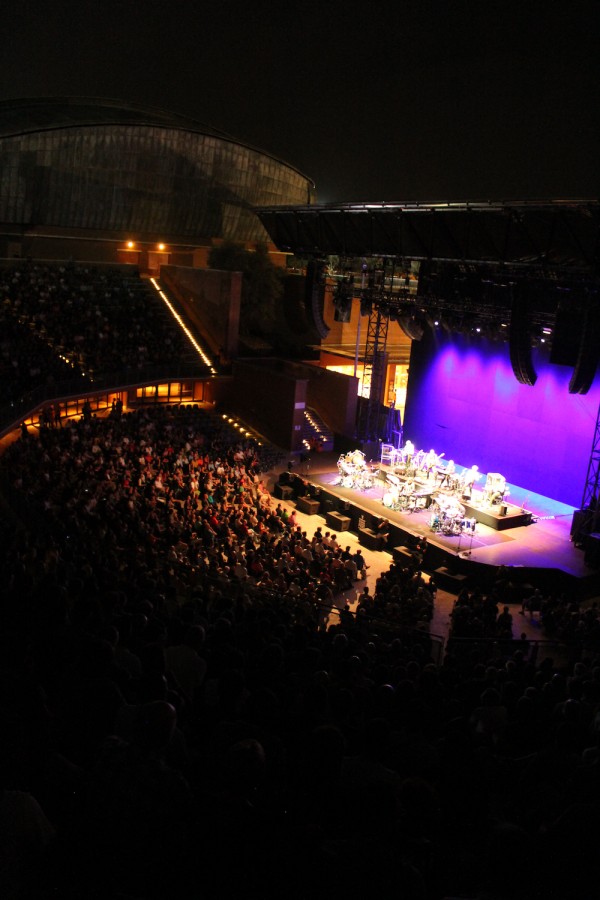