Let’s begin with the good news. King Crimson performed in front of a live audience at the Family and Friends show in Clearwater last night. And fortunately, they were not as rusty as this photographer, who, in the intervening 21 months has forgotten the complexities of getting the right exposure on live photos. 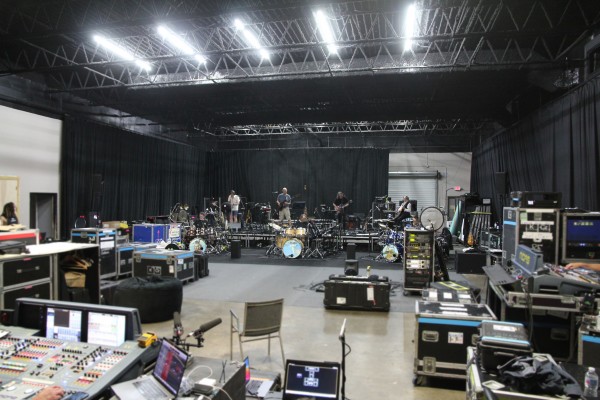 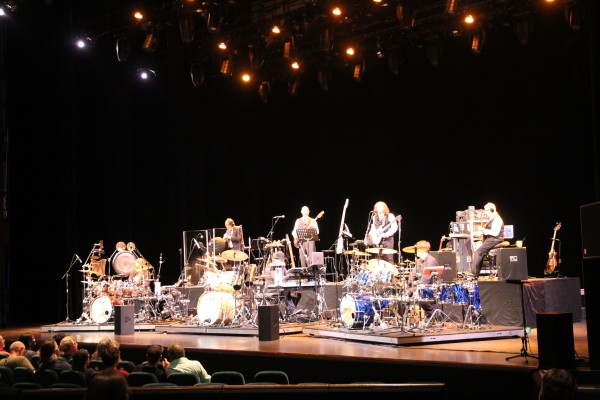 Music is ready to be our friend again.

And not before time, it seems. During lockdown, I have rarely visited Facebook. And in my brief foray this morning, it seems that the online world has hardened. Divided into a harsher world of extreme black and white contrasts (figuratively not racially), with fewer shades of grey and soft tones. Or more accurately perhaps, divided between the tyranny of the “like” and “dislike” buttons.

Yesterday, the merchandise team, who had received a number of requests from fans volunteering to help while they were at the shows, put out a request to see if there were others wanting to do the same, offering a free choice of merchandise as a “thank you”. And I wake this morning to an inbox accusing King Crimson of using “slave labour” (a very emotive accusation in a world still struggling to deal with the legacy of true slavery).

In a world where so many people are still suffering from the harsh economic impact of the pandemic, I can appreciate that some people may have interpreted this as somehow undermining jobs. Which it never was. The band and the venues all employ a full roster of staff. We were looking to invent an additional role purely for those who wished to volunteer. But in the current climate, it did seem appropriate to regretfully turn down those offers of help, although we know many people were looking forward to it.

And then guess what? There is a backlash the other way. “you are giving in to the woke brigade”. The same thing – two camps, like and dislike, with little appreciation of the middle ground.

Which is perhaps where music comes in. Something to soften the hard edges, help to heal our souls and bring us together. Here’s to hoping.