Happy to go. Sorry to leave

Another big wow!! I have been trapped backstage for recent shows – juggling tour business for three different years: finishing the inland revenue accounts for 2017 (to be filed by 31st January), playing my small part in keeping the current tour sailing happily forwards (and chasing money so that the band can get part payment before Christmas), and preparing for 2019.

Until finally, on the last night in Tokyo, I got see a full show.

Am I ‘reverse-engineering’ if I say that I knew it would be astonishing from the moment that Biff and Paul (who come out to remove the signs from the stage) paused together on stage, made a synchronized deep bow to much applause, and then removed the signs? So many highlights. The drums at the start of Indiscipline had an added vigour and dynamism (possible a reaction against the fact that it was played unexpectedly slowly the previous night – a different story). The singing on the opening verse of Cadence and Cascade, not always a personal favourite, had a rare poignancy. The improvised guitar lines in Easy Money. And finally the piece de resistance – Tony’s Cadenza – when halfway through he suddenly burst into scat singing. As Robert said at half-time “That’s unfair. Follow that if you can. Tony Levin, a moustachioed collossus bestriding the earth!”

And tonight the joy continues. In the Cadenzae, this time the un-moustachioed guitarist had a golden moment as his guitar grew every quieter and crept towards the top of the fretboard until there were no more notes to be had. And a case of be-careful-what-you-discuss-in-the-bus, where I asked Gavin a few nights ago if he had ever done “air-drumming” in his drum solo – and in One More Red Nightmare we were treated to a very flamboyant drum roll with no sound whatsoever. Wonderful – and enough to give any sound engineer nightmares!

One more set to go. A bottle of Champagne courtesy of Tami and those at WOWOW, who release our records here in Japan – and then an early 5.30 wake up call to catch the plane home.

And I shall be wearing my “Secret Santa” gift of a wonderful blue scarf.

Japan gets under your skin. Very much looking forward to returning to my wonderful wife and family, but I shall be sorry to leave here. Near the start of the tour I visited the Suzuki museum in Kanazawa wth Iona, with thoughts lining the walls that linger in your head, such as (misquoting from memory)  “for those only praying for the cherry to bloom, I long to show the patch of green in the midst of the snow-covered mountain village”. And we end tonight, with Japan breathing new life into a lyric that I have heard a thousand times before : “a gardener plants an evergreen whilst trampling on a flower”. 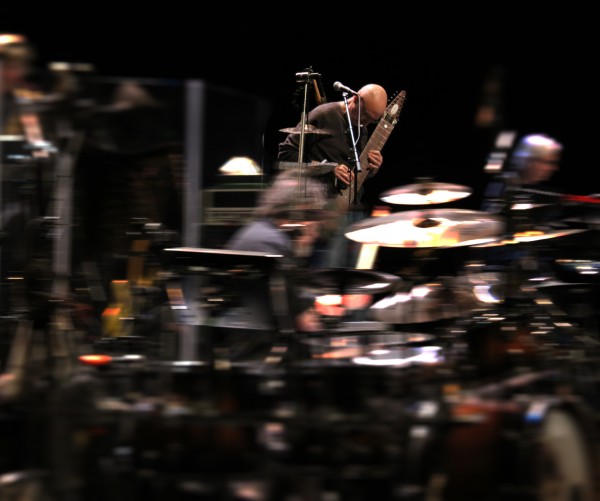 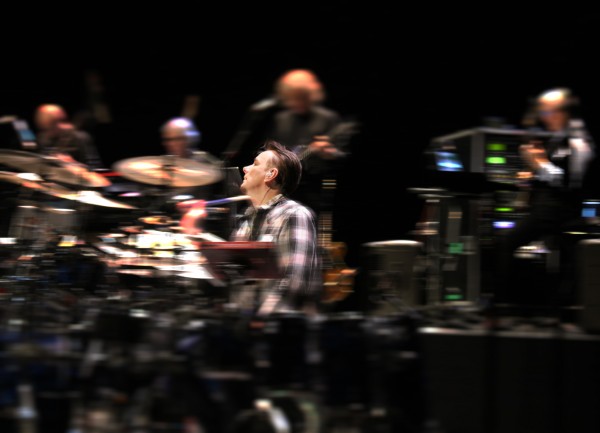 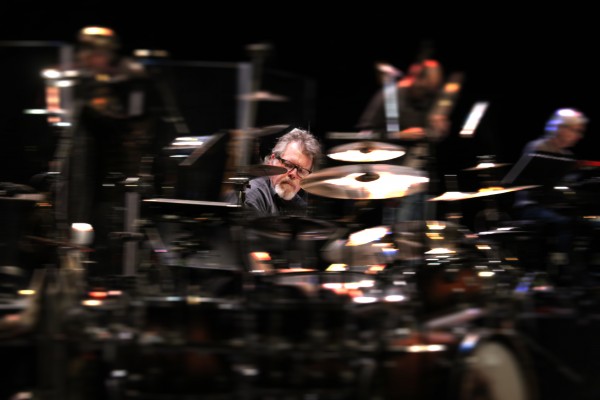