It is always good to have someone playing the role of the court jester or the captured slave in Roman times – questioning your decisions lest you suffer from hubris or sheer stupidity. So my thanks to Mark Fernelius for his long list of complaints :

“Sitting in the sixth row and getting a lecture from the band’s manager certainly would not be “royal,” and certainly not worth 300 plus dollars.”

“Do any fans really want to listen to Gavin Harrison talk about his father?! “

“For the money they pay, why shouldn’t fans always expect to be greeted by Robert Fripp?”

“But just because KC CAN sell overpriced concert packages to these fans, SHOULD they?”

“(Other, presumably superior, packages include) a photo and autograph session”

I note in passing that Mark Fernelius has not, to the best of my knowledge, attended a Royal Package. And if this is what he values and expects, then nor should he. His thoughts have been useful as a sanity check, but they contain a complete misunderstanding of the intention behind the Royal Package, and indeed of the workings of King Crimson itself.

To start at first principles : why sell concert packages?

So how might King Crimson offer a VIP package? A meet and greet by all the band is impossible as it would often disturb individual show routines, and thus impinge negatively upon the music. With that many people, any meaningful exchange would also be impossible. So the idea was mooted that the “band’s manager” (so quickly dismissed by Mark Fernelius) should come on the tour and offer his insights. As I have been Robert Fripp’s production partner and worked on every King Crimson album since 1989 (except the Construkction of Light) one might think that such insights might hold some value. I am happy that Mark Fernelius knows better, while noting that he has never heard them. Similarly, the band members give of themselves openly and willingly – answering any questions and giving very personal insights into their worlds. Mark Fernelius is similarly dismissive of all interest in Gavin Harrison’s background -  unlike the fans who particularly asked about it. It is a privilege to be present day after day when these musicians pull back the veil and discuss their personal processes.

The success of the Royal Package as a very personal experience can perhaps best be judged by the fact that as many as 80% of those who attend write personal emails of thanks. I note that they often do not post these on public forums (although perhaps we should encourage them to do so), in the same way that the appropriate response when you have been invited into someone’s home is to thank them in a personal, private way.

I am sure that the Royal Package can be improved, but if it is “denting the band’s reputation” then we plan to dent it even further. We will shortly be announcing the Royal Packages for next year’s tour of Europe. Packages for Poland, Germany, Austria, Czech Republic, Hungary, Sweden, Norway, The Netherlands, Italy and UK, Italy should go on sale on www.dgmlive on Thursday 23rd November (prime your calendars now). In addition to the Royal Package, we will also be offering the Courtiers Package, which hopefully means that a larger number of the prime seats at the front of the venue will go to a good home rather than the grubby hands of the ticket touts. 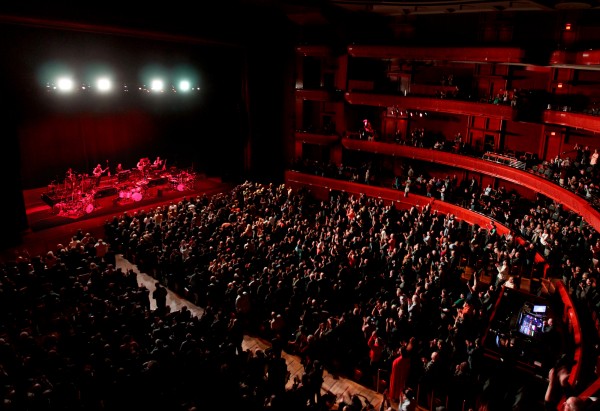