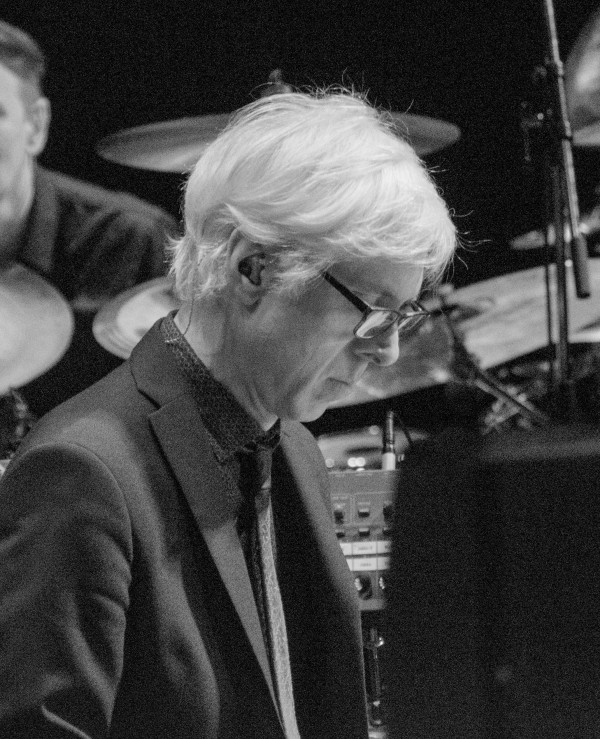 My daughter Iona, with whom Bill had a special bond, dreamt last night that Bill came to her and  told her to say goodbye – and then woke to my email telling her that he had gone. At least King Crimson fans at the Royal Packages will no longer be teased with his myriad oblique explanations of why he was unable to perform – “I was having my hair cut”, “I was in jail”, “I can’t be bothered”…

Ironically, at the last of those Royal Packages in San Francisco last year (the last time I saw him), he had decided that it was finally time to openly address his experiences in battling cancer – and not a single person asked him about his absence. Everyone had heard that his wife, Frankie, had recently died (herself of cancer) and they had all assumed that this was the reason for his absence. If only they knew!

As is evident from the other tributes that have poured in, Bill was quite simply one of those people who enriches your life. Not that he was perfect! Perfection would have been boring, and he loved to be the grit in the oyster. Soon after I took over the management of the band (a position he knew I was loath to fill), I came back to the green room after a show, and he said, not really in jest, “Are managers meant to be in here?!” As it was posed as a question, I replied with an equally firm “Yes!”. If a group of people have made a collective decision to head in one direction, Bill would reliably wonder why they were not embracing the alternative. “David would you like to come to my room and discuss…”

He was wonderfully present and sensitive – both musically and personally. I recall greeting my daughter one morning on tour in Japan with a brusque “how are you?” (probably not waiting for the answer) and was roundly told off for not noticing that her eyes were slightly infected and she was not entirely well. Right on cue, Bill walks past a few minutes later, immediately notices and starts quizzing her about her health.

Oh boy! He will be missed!