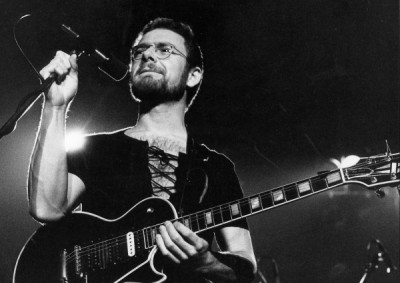 This gig appears to be a testimony to the recuperative powers of John Wetton’s constitution. [endtease]Having been out partying in the company of David Enthoven and Richard Palmer-James the night before in Munich, he still manages an impressive performance on Doctor Diamond and indeed throughout the rest of the gig. Though the good Doctor would forever elude them in the studio it seems that the band really beginning to find the soul of this song in concert. Fracture has a risky quality tonight; Bruford is in an adventurous mood whilst David’s tron is a touch out of tune. However he wreaks havoc on the Hohner by way of compensation as Fripp and co rock out. Short but terribly sweet, one can’t help but wonder where the improv with its gorgeous violin outing might have ended up had it not been prematurely guided into the direction of Exiles. Whilst the improv Augsburg appeared on the 21st Century Guide To King Crimson, this is the first time the whole concert has been made available. 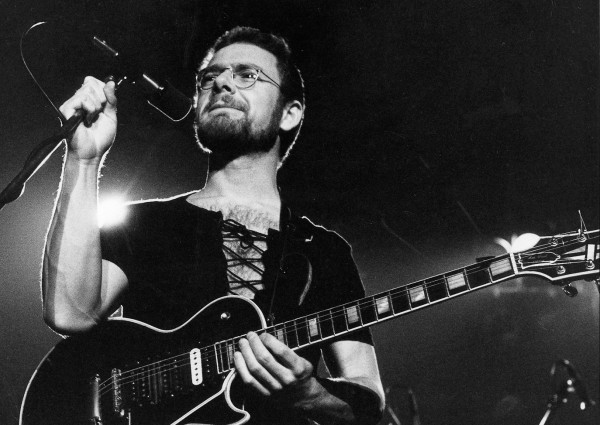 This gig appears to be a testimony to the recuperative powers of John Wetton’s constitution. [endtease]Having been out partying in the company of David Enthoven and Richard Palmer-James the night before in Munich, he still manages an impressive performance on Doctor Diamond and indeed throughout the rest of the gig. Though the good Doctor would fo...

Written by Simon Calkin
Augsburg
I’ve seen this gig listed as being in Dieburg, rather than Augsburg, and at a what sounds like a smallish venue. RF is low in the mix on this recording, indicating a small hall. Hmmmm. Very enjoyable gig, and one that I’ve purchased as a two-fingered gesture to the clown who’s posted this on YouTube  in its entirety.

Written by Joe Prisco
Father and son both enjoy
I first played this disc while my almost-five-year-old son played with Lego in the living room. A special highlight in my ears was David’s confident entry on the end-solo in "Starless", but my son declared unsolicited favor upon the completion of "Great Deceiver" ("Daddy, I like that song"). I guess that’s why it was the lead-off track on the 1974 album :)Just what you want, sonically: clean sound, good mix, full bass, low hiss ... the kind of recording that encourages the enthusiast to buy more. Performance-wise, there’s some ups and downs ... as noted by an earlier gentleman, the band recovers well from the slips. However, we don’t expect perfection, but hope for freshness, surprise, and the honest permutations of a given performance’s muse. In these, Augsburg delivers.

Written by Joseph Pettini
a wild ride, this one!
I’m still marveling at how many times this version of Starless seems to will itself back from the brink of disaster. Wetton’s particularly "rubberbandy" bass is a real treat. One of my favorite Deceivers as well. Thanks, DGM, as always.