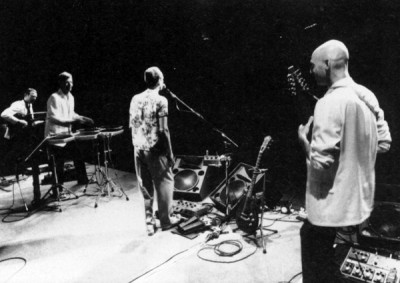 Fresh from the success of the previous evening in Philadelphia (captured for posterity on KCCC26), Crimson headed to the Convention Hall in Asbury Park. An awful lot about the band had changed since Fripp and Bruford were last in the neighbourhood back in 1974: songs about the Beat generation, electronic percussives, twin-guitar synth-noise terror, the whole rock-gamelan groove thang and a dazzling New Wave chutzpah that confounded some critics and old-school fans alike.

This is a confident Crimson retaining its reputation for experimentation by pushing the song format to the limit with fiery versions of Indiscipline and Neurotica. For all its interlocking angularity, Neal And Jack And Me is played to perfection on this gig, knocking several spots off the version that had only recently been released on Beat. Sartori has Fripp coming in low and lean but quickly running out of fretboard as the Turkish trumpet dervish gets a-twirling. Despite the newness of the sounds, Larks’ Tongues In Aspic sounds very much at home here in Asbury Park. The only note of caution here is that what sounds like a world-class rendition of Frame By Frame is cruelly cut short when the 8-track conked out.

Nevertheless this is a vital reinterpretation of what a rock group could achieve by mixing contrasting cultural influences and the pushing the timbral palette. Nobody sounded like this band at the time. 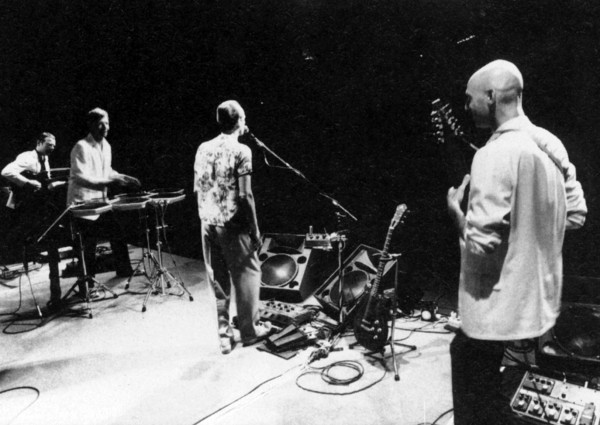 Neal And Jack And Me

Fresh from the success of the previous evening in Philadelphia (captured for posterity on KCCC26), Crimson headed to the Convention Hall in Asbury Park. An awful lot about the band had changed since Fripp and Bruford were last in the neighbourhood back in 1974: songs about the Beat generation, electronic percussives, twin-guitar synth-noise terror... 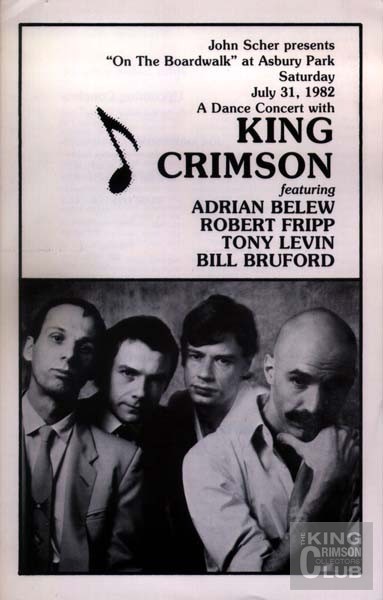 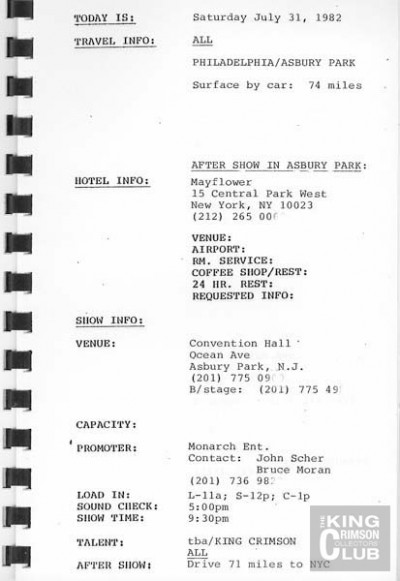 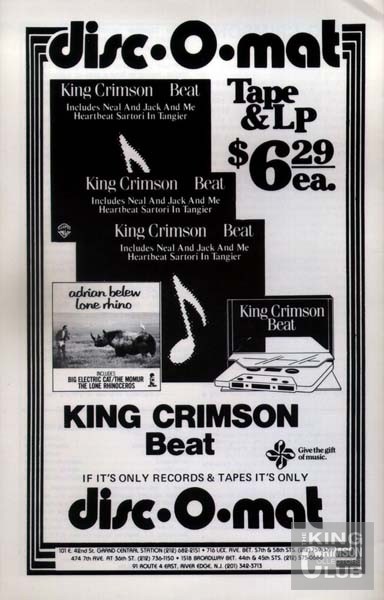 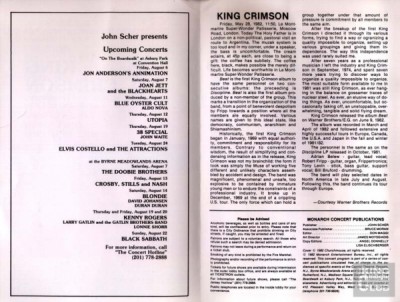 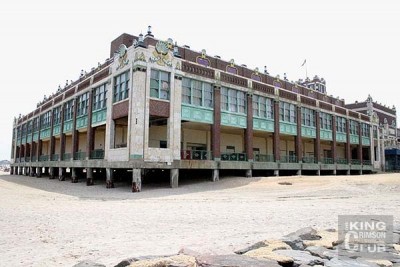 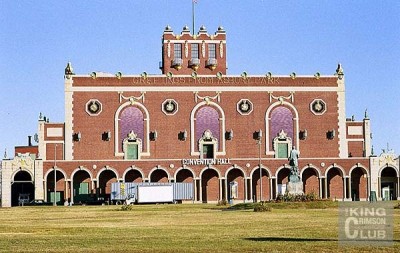 Written by John Cioffi
Mindbending
Gravityhill is correct.  I was also at this show.  My friends and I went to the Convention Center and some of the promoter’s reps were at the door and told that "the show isn’t here; we didn’t sell enough tickets."  My friends and I looked at each other, crestfallen, thinking the concert had been cancelled.  Then the reps told us to take our tickets and go across the street to the old movie theater.  Told the show would now be general admission, we were prepared for the worst.  We walked into the grand old theater and took our seats--in the 12th row.  I was 17, and hadn’t heard the new lineup.  We expected a psychedelic oldies show and to enjoy the nostalgia at a generation’s remove.  Perhaps John Scher, the promoter, anticipated this inappropriate audience expectation.  Despite selling so few tickets, he introduced the group personally and said something to the effect of, ’listen carefully and enjoy; you’re about to hear a very, very special band.’  Quite so.  Looking back over 30 years, I don’t think I ever quite recovered from the stunning revelation of what music could be that this show bestowed.  And yes, it is cruel that Frame by Frame is cut off here.  I’ve seen it played live several times and heard quite a few other live recordings.  My judgment may be skewed, but this was the finest performance of the song that I ever heard: a standout during a remarkable evening that I still can recall with particular, and peculiar, clarity decades later.

Written by Kevin O'Sullivan
Asbury Park
This is the finest performance I think I have from the 80’s four piece. The band seemed to change between Beat and TOAPP yet here, there are breathtaking versions of all of my favourites from the time, Howler, Sheltering Sky, Sartori, and the Chordal blasts of Red and LTIA are ROUSING! Never before have I heard so many tracks that are superior to the studio version on one concert. The drum intro to Indiscipline sounds like Duran’s Wild Boys - not to appear for another three years... ooer! This is the definitive gig for that band - all that is missing (obviously) is Sleepless and TOAPP.   Buy it and tell me I’m wrong.

Written by Edward Collins
incorrect venue listing
i attended this show. it was originally sold as a seated show at the convention hall. $10.95 it was moved to the paramount theatre as a general admission show, due to poor ticket sales. the convention hall holds 3600. the paramount holds 1600. they are both across the hall from one another on asbury park’s famous boardwalk. between the two lies the grand arcade. ’nuff said. this show occurred at the paramount.

Written by Mario Peixoto
Amazing!!!
But talking about a hard working band with a lot of Crimson influence: UMPHREY’S MCGEE!!! Shows coming up soon with Belew in March. Check it out. m PS: Fripp you rule! 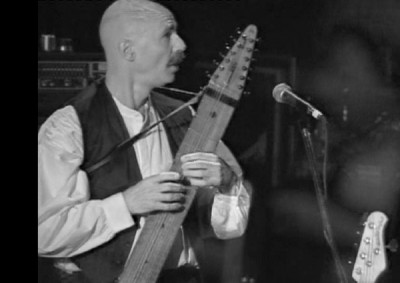 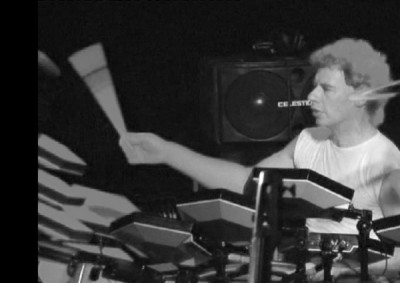 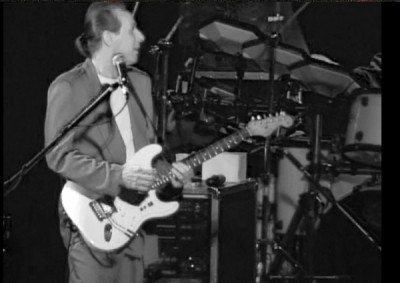