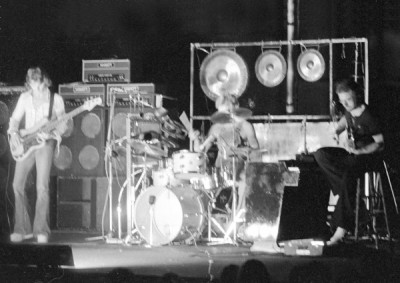 The opening improvisation at this show is worth the entrance money alone with a stirring intensity that eventually takes us to the strident violin introduction of LTIA Pt I. As might be expected that track is delivered with a devastating attack. “Good evening ladies and gentlemen how exciting it is to be in Boston once again,” says Fripp in the aftermath, going on to remind the punters of King Crimson’s long association with the city going back to their appearance at The Boston Tea Party venue in 1969.

It is interesting to hear Crimson working through their new composed material in this show. Fripp’s solo in the Nightwatch is beautifully eloquent and Bruford’s light cymbal work and rim shots add a special sparkle in the final verse.

Fracture is given an especially good reading here with the piece not yet entirely fixed into its final iteration with a spacious blowing section which Fripp takes full advantage of before the biting chords section kicks in. The end section with the furious distortion between electric piano and the guitar with Wetton’s descending bass is hair-raising stuff. If that wasn’t good enough after the punchy bombast of Lament, yet another track that would have been unfamiliar to the audience that night, Fripp then announces “We are about to venture into uncharted territories” and off they go into another improvisation.

Against the backdrop of the rhythm box various members of the quartet dart and dive across the beats with a variety of interjections. David Cross turns in an especially robust violin solo in between Fripp’s spiky jabs and Wetton’s funk-driven rumbling broadsides. When Bruford kicks in with a righteous backbeat after some eight minutes the effect is not unlike the ecstatic release of the title track of Miles Davis’ In A Silent Way. It’s a stunning moment.

The sound quality varies throughout this concert because it was reconstructed from varying sources which originally ran at different speeds and pitches by Alex ‘Stormy’ Mundy. Nevertheless Alex has essentially crafted a spiffy recreation of a great night. 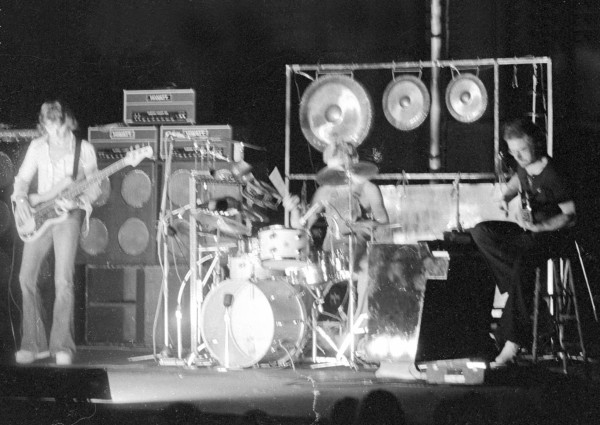 The opening improvisation at this show is worth the entrance money alone with a stirring intensity that eventually takes us to the strident violin introduction of LTIA Pt I. As might be expected that track is delivered with a devastating attack. “Good evening ladies and gentlemen how exciting it is to be in Boston once again,” says Fripp in the aft... 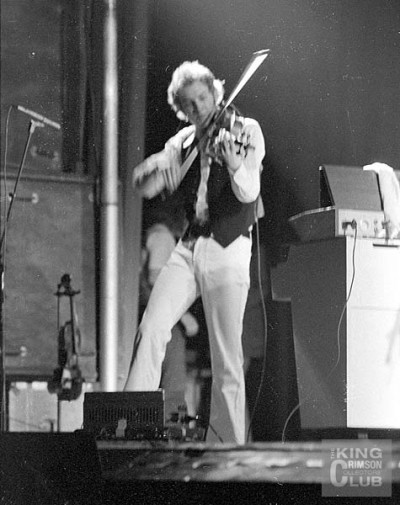 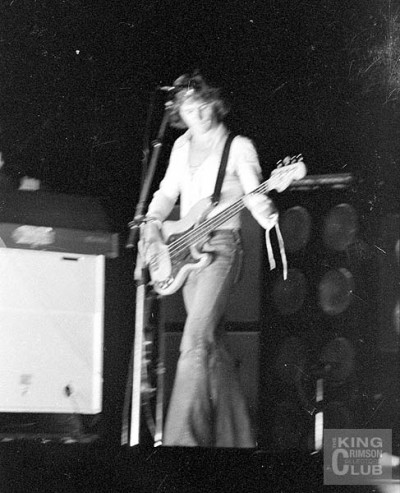 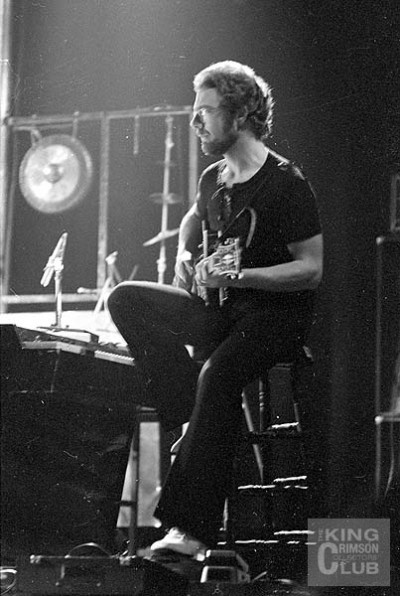 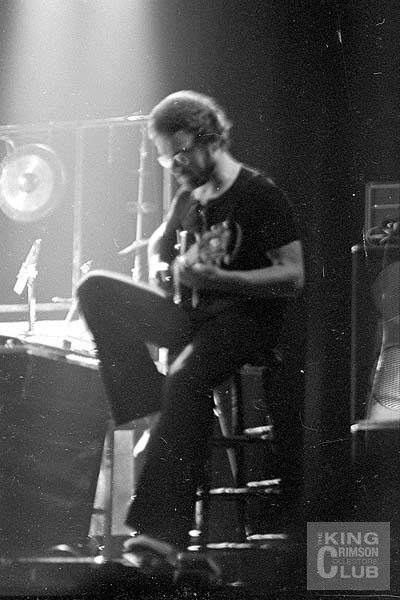 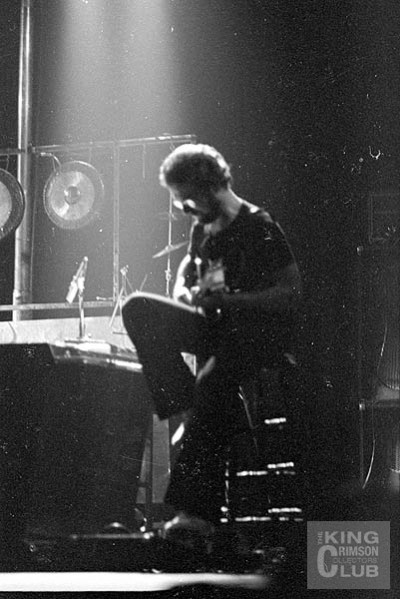 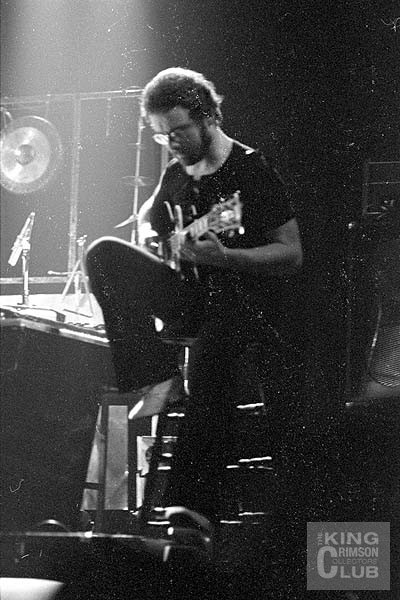 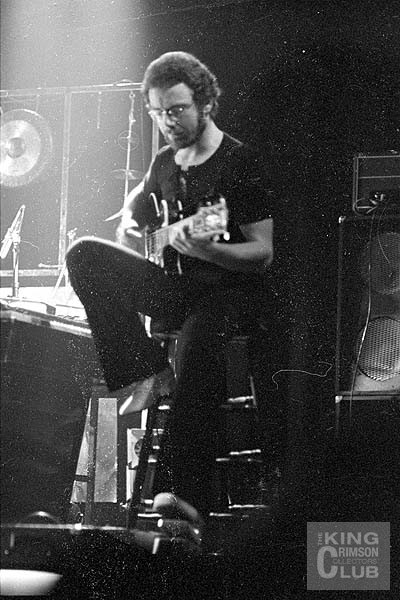 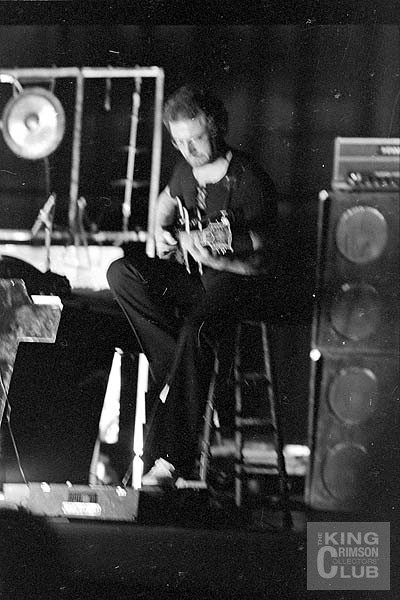 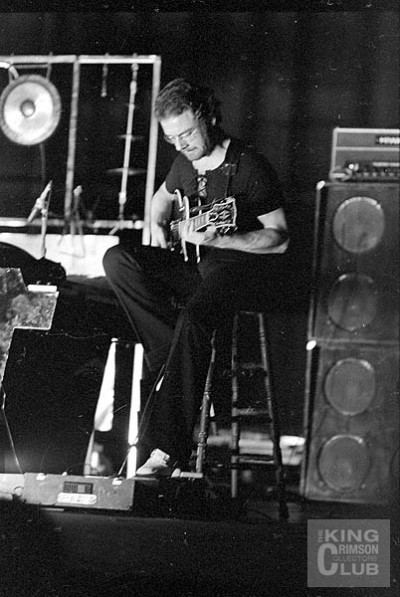 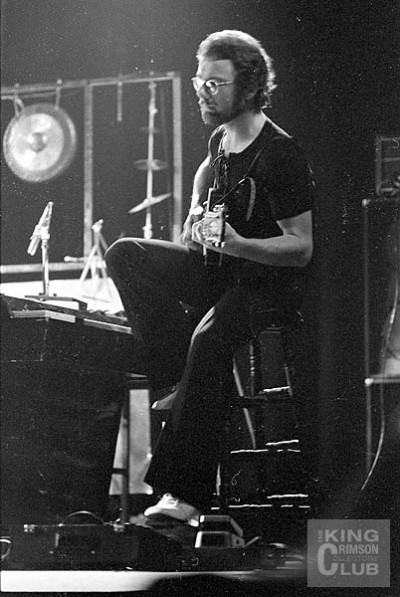 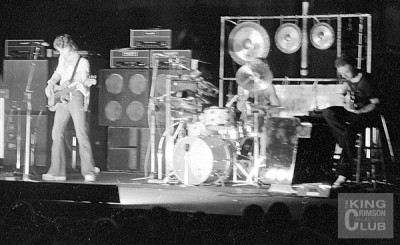 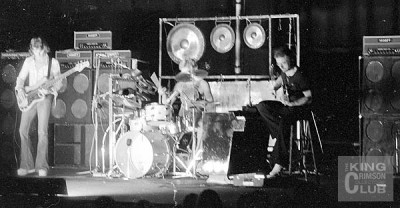 Written by Michael Shore
"Uncharted" and unforgettable!
My first live encounter with Crim, and never to be forgotten. Best version of "Fracture" ever, with the extra section in the middle where Fripp & Cross soar over some sort of exotic odd meter (or 4/4 syncopated exotically?). Beautiful early version of "Night Watch" with Bruford much more sharp-edged and metronomic than we're used to behind Fripp's gorgeous solo. Fascinating early version of "Lament" with the middle section all lurching stop-start spasms, trapdoor turnarounds and scurrying reptilian guitar, 180 degrees from the buzzsaw/handclap wall-of-sound on SABB. But the crowning glory is the long "Improv" with rhythm box that Fripp intros as a "venture into uncharted territories." It's actually "Tight Scrummy" -- the most intense, galvanizing "Tight Scrummy" I've ever heard, rivaled only by Arlington, Texas not long after, and putting the Glasgow version on the Great Deceiver Box far in the shade. As if Bruford's galloping woodblocks and roto-toms and Fripp's mutant-James Brown guitar scratching with Wetton's funk-monster bass, and the searing dissonant noise interlude that follows, weren't enough...when Cross saws out a hoedown stomp and Bruford hits the drum kit, the band positively LEVITATES into an absolutely ecstatic groove, capped off by a knockout-blow single-stroke explosion from Bill and a furious scratch-guitar paroxsym by Fripp, before the band drops out but for Cross's downright nasty sawing with the rhythm box. Then, magic: suddenly yet smoothly, Fripp's liquid-sustain guitar leads them into a stunningly beautiful, soothing coda. One of the most telepathically together improvs I've ever heard. Sound quality not bad -- performance quality stellar! 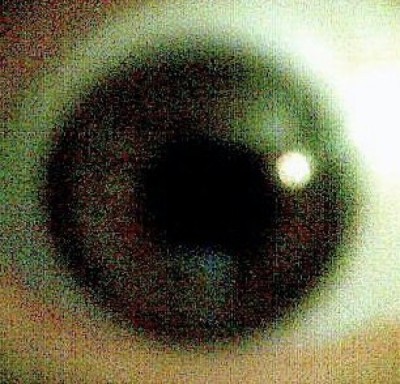 Written by LUIGI GIUGLIANO
Improv worth the price of admission
Great restoration job by Stormy. Excellent to hear the earliest available performances of "Night Watch", "Lament" and "Fracture" (with extra sections later to be excised). Love hearing the quartet's nod to Miles Davis' "It's About That Time" in the feel and spirit of the improv. Great stuff! 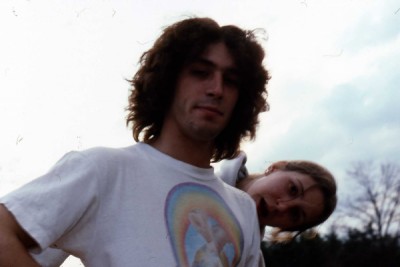 Written by Mike Dowd
Orpheum Bummer
At this show there were sound problems with the mellotron mostly which was a bummer. Drove down from New Hampshire had seen them at the Sunshine Inn that summer. 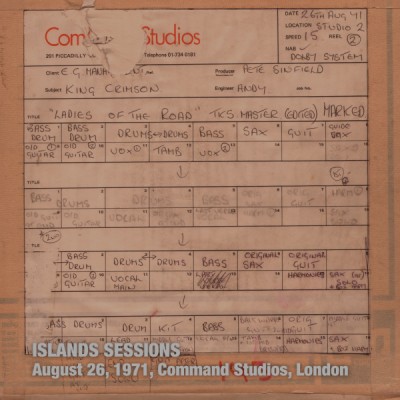 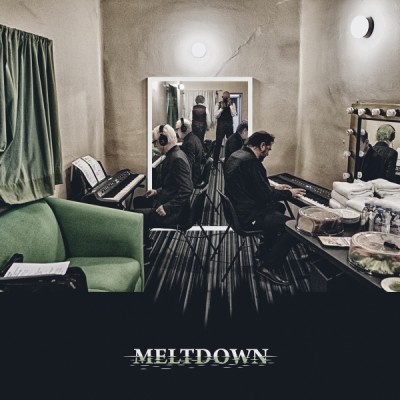