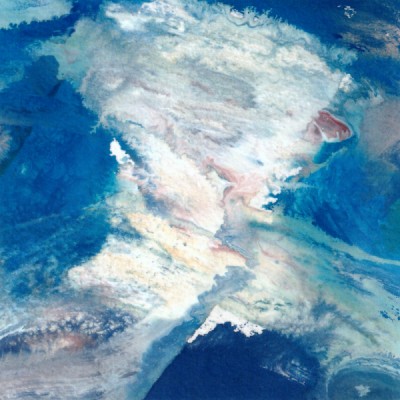 On the 21st November 1996, Robert, David Singleton and Hugh O'Donnell made their way from DGM HQ near Salisbury to a restored Victorian railway station in Bath. The trains had stopped arriving at Green Park Station a long time ago, replaced instead by a steady stream of shoppers visiting the various market stalls and supermarket nestling beneath its broad iron arches.

With his Soundscapes being relayed in quad around the space, Fripp spent three hours in cold November temperatures slowly building up sounds observed by an audience that included former Crim, Michael Giles and collaborator, Peter Hammill. The performance had been scheduled to last eight hours but was cut short by a combination of the team’s late arrival and over 100 complaints from the public. "Nominally, these focussed on the volume. One stallholder threw up" recalled Robert in his sleevenotes. "Our overall impression was that it would be better for us to stop, and even better for us to stop very soon."

What is presented on November Suite is a quad recording condensed into stereo, and a three hour performance edited down to an hour. Yet despite its reduced circumstances, this is one of Robert’s most beguiling Soundscape releases to date, with November Suite IV in particular being amongst the most poignant of Fripp melodies to ever grace the air and well worth the price of admission on its own.

Originally released in 1997, with no plans to reissue it on CD, it is now available as a download. The extensive artwork that accompanied the album will be made available as a PDF for viewing on your PC at a later stage. 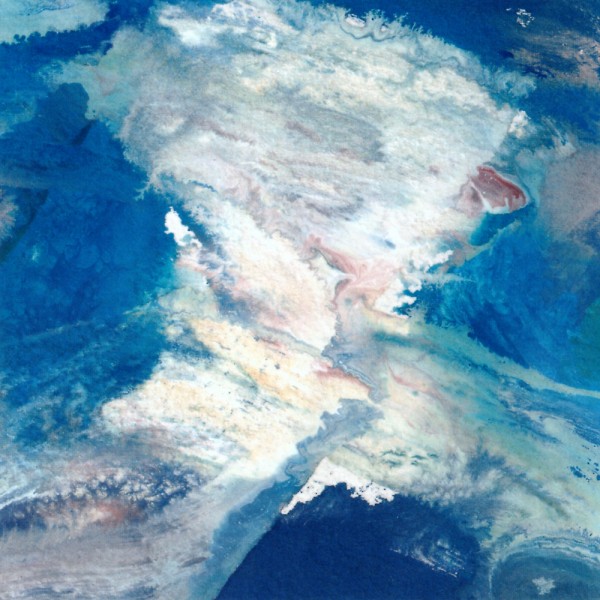 Green Park Suite I Platform One

On the 21st November 1996, Robert, David Singleton and Hugh O'Donnell made their way from DGM HQ near Salisbury to a restored Victorian railway station in Bath. The trains had stopped arriving at Green Park Station a long time ago, replaced instead by a steady stream of shoppers visiting the various market stalls and supermarket nestling beneath it... 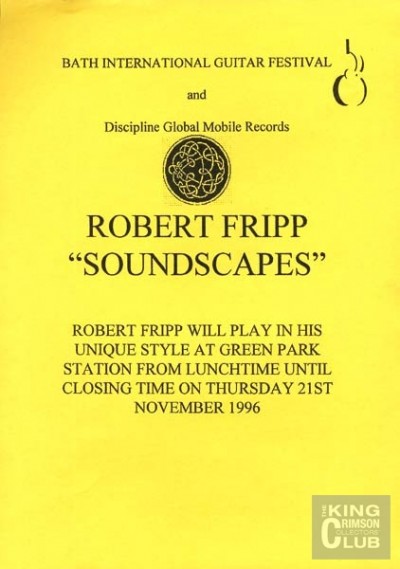 Written by Chris Van Valen
An interesting impression
I have this on the CD, and it popped up at a party. One of the women in attendance commented that some of it sounded like a piano&nbsp;going down an elevator shaft. This bizarre imagery made me laugh so hard that my drink shot out of my nose.&nbsp;

Written by Joseph McFarland
I Quite Like It
Though apparently this is edited down, it’s music allowed to ebb and flow at some length, which is the quality I enjoy most in Fripp’s Soundscapes (and Frippertronics) work.&nbsp; Nice.&nbsp; Had I been at the Bath train station, I would have enjoyed it and I do enjoy this. &nbsp;

Written by Louie Bourland
Still One My All-Time Favorite 'Soundscape' albums.
I originally bought Robert Fripp’s "November Suite" when it was first released in 1997. Out of all the Soundscape CD’s that Fripp released during that time (1994-1998), this still ranks as my all-time favorite. Edited down to 63 minutes from nearly three hours of music, the "November Suite" is a beautifully orchestrated work that never seems to grow boring or monotonous. The sounds that Fripp conjures out of his guitar and MIDI racks is nothing short of outstanding. It isn’t difficult to picture a cold wintery day in the park or a quiet wintery drive through the countryside while listening to this music. This is definitely some great ’soundtrack’ music for ones imagination. Although I have no need to purchase this download because I already have the original CD, I still am very thankful that this recording is available once again. As mentioned above, "November Suite" is one of Robert Fripp’s very best Soundscapes from the ’90s. If you’ve never heard this before, click the "Buy" button without any hesitation. You won’t be disappointed. &nbsp; A small postscript and suggestion:&nbsp; I heard years ago that Fripp’s "1999" soundscapes disc was going to be reissued as a double-CD with bonus material but it never happened. How about doing it here on DGMLive as a download? That would be awesome.

Written by Douglas Czajkowski
One of the Best
This is one of the best soundscape performances available, IMO.&nbsp; It has a wide range of music.&nbsp;&nbsp;At times it is beautiful and other times terrifying.&nbsp;&nbsp;&nbsp; Be prepared for a wild and powerful ride.&nbsp;&nbsp; I’m not suprised that someone threw up.&nbsp; &nbsp; 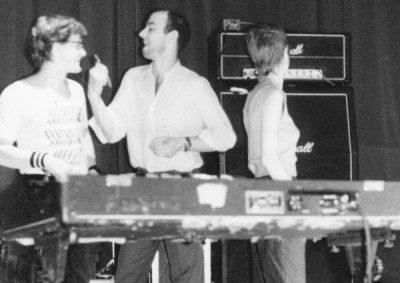 “On behalf of the band I should like to apologise for the appearance of our drummer’s body which the perceptive... 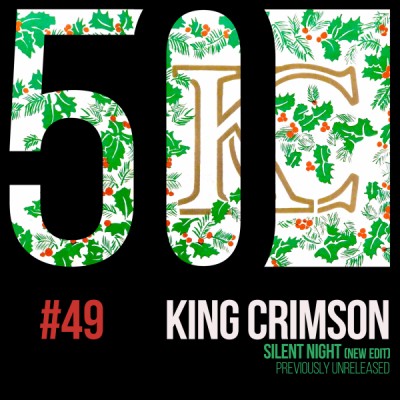 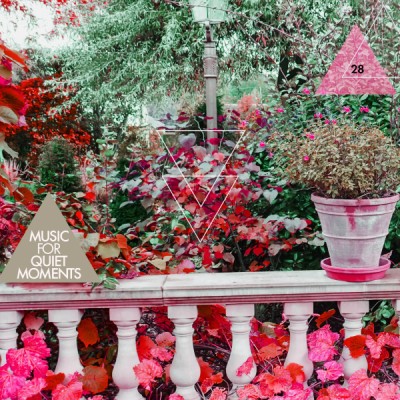 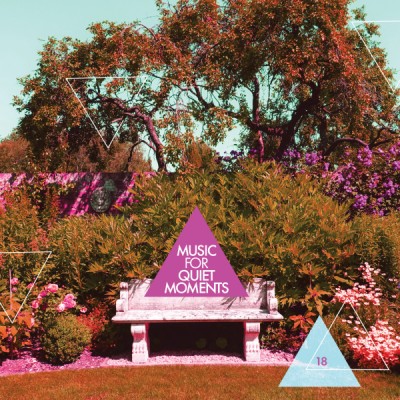 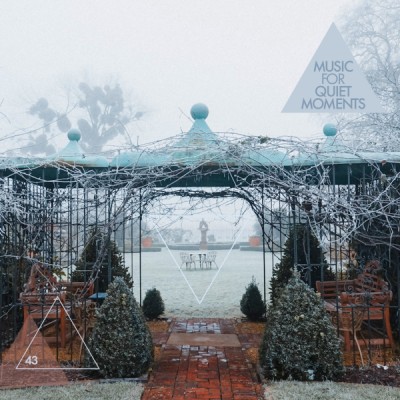