THE LAST BOOK I READ...IAN BODDY
Posted by Sid Smith on Oct 17, 2006 - This post is archived and may no longer be relevant


As the winter nights begin to draw in electronic music-meister, Ian Boddy of the DiN label fame likes to snuggle up next to a roaring fire, a cupped of mulled wine and good book.  Here, Ian shares with us a pair of books that caught his eye.


"I was watching an excellent documentary about the history of the ghost story on one of the BBC channels at Christmas which proceeded to go through all the usual suspects.

However on getting onto more recent times the name Robert Aickman popped up. A new name to me but one which was eulogised by several luminaries including Jeremy Dyson who is the non-acting member of the quartet who write The League of Gentlemen. He proposed that he was very influenced by this writer in his ability to generate strange and unsettling situations. I was intrigued.

I thus decided to track down the works of this author. Quick visits to Amazon & E-Bay produced hardly any references to his works. There didn’t seem to be any in print and any second hand books were fetching very high prices.

Had I stumbled onto a cult writer here? I persevered and by the wonder that is the Google search engine came across a small, tradiitonal publisher called Tartarus Press who were based no more than 50 miles from where I live (Middlesbrough).

Further investigation of there web site produced the name of a small, independent book seller just 2 miles from my home. So I visited, had a very nice chat about all things booky and purchased the 2 volumes of his Collected Strange Stories. 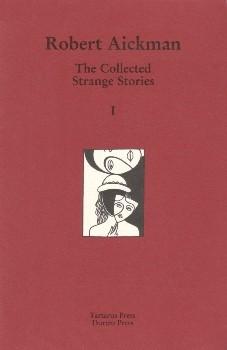 These books are beautiful things. In this day & age of digital content it’s still a reassuringly nice thing to hold a quality printed & bound hard back book in your hands. All this preamble had obviously heightened my sense of anticipation. So what are they like.

Well, as there title so succinctly points out - strange. Note he does not call them ghost stories and often they don’t read like one. They are almost a cross between a classic M.R.James ghost story with it’s careful build up and that of the one and only Mervyn Peake with it’s delicious use of the English language.

They’re often quite slow and deliberate and don’t always have a satisfactory conclusion. They leave you in mid-air with no apparent explanation to the meaning or reasons behind the story.

I can quite say I’ve never read anything quite like them. The stories strange, twisted psychology gradually insinuates itself into your consciousness and at times are genuinely disturbing.  Highly recommended."

TLev's verdict: "off to a steaming start"

KC manager, producer & much else speaks!

There's been a changeover of tracks on King Crimson's Myspace site. You can get your groove on to a blistering burst of ProjeKction from the forthcoming P3 download, or sample the Sailor's Tale from the about-to-be-available KCCC 35, as well cut your electro-rug with the coyly titled Improv II from KC's LA's HOB appearance in 2000, and round it all off with a slice of Potato Pie from Chigcago 2003..