Sylvian & Fripp Reissued
SYLVIAN & FRIPP REISSUED
Posted by Sid Smith on Jun 13, 2014 - This post is archived and may no longer be relevant


Sylvian & Fripp’s The First Day and the David Sylvian-mixed edition of the live album, Damage are being reissued. 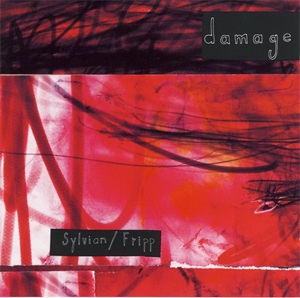 In this extract taken from an illuminating article by Paul Tingen in 1994, David Sylvian reveals the background to the recording of The First Day.

"Then, in the spring of 1993, came The First Day, a collaboration with Robert Fripp which took his fans and the press aback -- this was definitely not the Sylvian of old. The album was unusally aggressive and hard-hitting, featuring the wild, distorted and full-frontal antics of Robert Fripp on electric guitar, funky and gutsy rhythms courtesy of drummer Jerry Marotta and stick player Trey Gunn, and seriously direct and sometimes disturbing lyrics by Sylvian. He comments: "Making this album was definitely a cathartic experience, both for Robert and myself. It comes out of traumatic experiences, but it also resolves them. In the end healing takes place. In working on this album I really surfaced from the experiences of the previous years and managed to move on. It was a turning point for both of us." The two men had worked together before on Sylvian’s second solo album, Gone To Earth, in 1986 and plans they had made at the time for a further collaboration only started to come to fruition when Sylvian was asked to do a tour of Japan in 1992. Sylvian: "Robert approached me in late 1991 about whether I wanted to join a new King Crimson he was forming. Though very flattered, I decided that I didn’t feel equipped to take on the whole baggage and history that comes with being a member of King Crimson. So instead we took the offer of the tour as an opportunity to write material for an album."
The First Day was recorded between December 1992 and March 1993 at studios in New York and New Orleans, with help from Jerry Marotta on drums, and with David Bottrill behind the mixing desk. The latter two had both worked extensively with Peter Gabriel; Sylvian explains that he chose Bottrill to get away from the dry, silken sound of his long-standing recording partner Steve Nye, and achieve a more up-front rocky sound. "I had a desire to go into another sonic area. I love the warmth and beauty of the tones that Steve gets. Steve also used to give me a lot of feedback on the way I arranged things. But as I have continued to develop, it just seemed natural to move away. We’d exhausted our relationship to some degree. We might work together again, but for now I enjoy working with different engineers and co-producers."

As a result, Sylvian went into the studio with a new engineer, pre-improvised material, a new outlook on life and a new musical partner. It’s not surprising that the results turned out unlike anything he’d done before. He remembers: "In the end, three pieces were directly culled from live-performances, ’Jean The Birdman’, ’Firepower’ and ’20th Century Dreaming’, although the latter two were greatly extended and transformed in the studio. Once we had recorded these three pieces, we faced the choice of adding some ballads or making a more dynamic album. We decided that the album should be more confrontational, so we put the quieter pieces aside for the time being, and will maybe record them on a second joint album."

An interesting aspect of The First Day is that it combines the two previously rather disparate approaches to making music that Sylvian favoured -- the tightly arranged and the loosely improvised. For Sylvian, this was a step forward: "Improvisations are particularly important in collaborative work, because what’s important there is the relationship between the musicians involved. Improvisation allows that to come into focus, how you react to each other in the spur of the moment. I enjoyed working in that way with Holger Czukay and Rain Tree Crow. It means that you’re not bringing your own limitations in terms of structure and songwriting into the studio with you.
"On the other hand, what feels good whilst you improvise isn’t always going to be interesting for other people to listen to. So we spent a lot of time working on pieces and developing them. It was a challenge to make them work for other people. Neither of us had thought of putting on a piece like ’Darshan’, which is 18 minutes of rhythmically repetitive music with jazz-type improvisations going on throughout. So there was a lot of re-structuring going on in that piece, whilst at the same time I tried not to weaken the live performance that gave it its power in the first place. It was a way of combining Robert’s and my approach to recording music, and a challenge that I enjoyed."

Last December, Sylvian had a triumphant return to the London stage when he played two concerts with Fripp at the Royal Albert Hall, no less. The concert was a world away from the dark introversion of his 1988 concerts. Though never an entertainer, Sylvian (whose gear for the occasion included a Steinberger guitar, Yamaha KX88 MIDI controller, Roland JD990, Korg Wavestation A/D, M1R, Zoom 9030, Akai S1100 and Kurzweil 1200Pro1) looked relaxed and in his element. Musically the concert was close to a revelation. The First Day was an interesting album, but somehow marred by a certain ’monochrome’ mood and sound, as well as crudeness of some of the material. It may have fulfilled a cathartic function for Fripp and Sylvian and contained some excellent music, but it didn’t quite make an altogether satisfying listening experience for me. At the Royal Albert Hall though, Fripp, Sylvian and Gunn, with help from drummer Pat Mastelotto and eminent guitarist Michael Brook, put down one of the best live shows of 1993. What hadn’t always worked on the album suddenly came to life and caught fire. And some elegant and deeply moving ballads by Sylvian proved enough counterpoint for the heavier pieces. A live album with material taken from the last world tour has been mixed by Bottrill and Fripp, and will be released this summer."