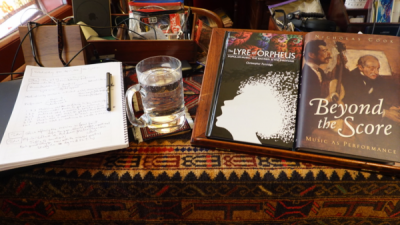 Q: Before you start an album, do you have all the sounds and musics in your head, or is it trial and error?

RF: Are those my only two alternatives? In terms of a King Crimson ProjeKct, we often walked on stage having no idea whatsoever of what we were going to play. That’s the extreme end of it. That’s one of the six possible creative strategies you can adopt. There is a seventh, and it’s invisible, but of the six creative strategies that is one. With ProjeKct One we met the day before our first of four nights, at The Jazz Café in Camden Town, to see if our equipment worked. It didn’t. So we left. The next day was the first of four that we played, without any idea of what we might play.

If you go into a studio where studio bills do have to be paid, it’s likely, although not necessarily so, that you have a more formal structure. I like to go into a studio knowing exactly what I’m going to play, knowing if that’s all that happens, it will be wretched. But, trusting the situation sufficiently that if you go in with that framework, and with people of that quality, the situation will ignite. And then having confidence that David and I can take the bonfire back to England and turn it into a formal statement of that creative process, which is meant to be enduring.

It’s the difference between writing an essay and standing on your feet to deliver a lecture or a talk. There is a mobility, a fluidity and a spontaneity possible when speaking. But when you deliver your printed essay the words are fixed, so there is a very different flavour. Nevertheless, as a considered statement of what King Crimson thinks on this particular subject at this particular time, The Power To Believe is a strong one. 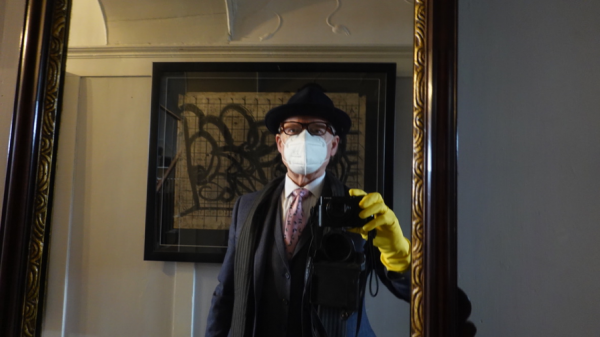