MUCH POWER IN THE HEART OF MUSIC
Posted by Mariana Scaravilli on Apr 6, 2020 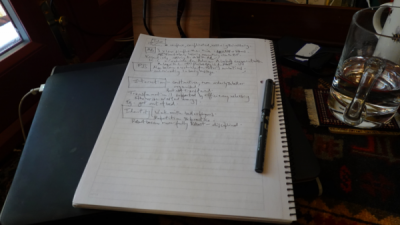 In 1969 there was this wonderful vitality in the centre of rock music, and with The Beatles there was very much a European flavour. Hendrix brought very much an American flavour. There was so much power in the heart of music at that time. It changed. It never moved into 1970, but that’s another story.

So the question is: making this music easily available, does it do me any favours?

And I have to say I’m not sure. I think maybe, maybe, if I had to make an effort to listen to music, I might appreciate it much, much more. If I went to a concert, knowing that unless I listened I would never hear this performance again, the performance would be transformed. The mass-bootlegging of concerts, photography at concerts, and now mobile `phones held up in front of my speakers, has undermined performance to a dangerous degree. It’s crippled live performance.

Live performance, within my relatively short performing lifetime, has been undermined and the value of it severely compromised. And that pisses me off. Because I don’t do it to earn a living.

The latest Krimson News podcast is up and running and features a lengthy extract from Fripp’s soundscapes gig at the Belcourt Theatre. Also under discussion is the future of the KCCC, news gathering and future developments at DGMLive with Jeff Duke, Steve Turnidge and yours truly.

Percolating in the blogosphere - this review of the boys in LA by Penston.

The diaries search engine has been updated! Clicking on the calendar icon: year / month /...

Music For Quiet Moments 5 - Time Promenade, will be premiering next Friday, May 29th at 11:00 CET.