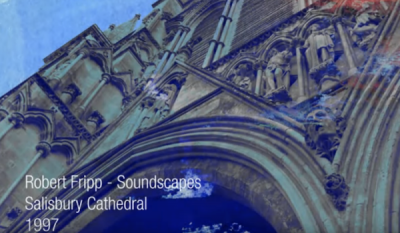 On this day in 1997 Robert Fripp began four days soundscaping in Salisbury Cathedral. Part of the Salisbury Festival’s series, The Art Of The Unexpected, Fripp began playing in the early afternoon. Billed as a sonic sculpture, one man making a lot of noise filled the ancient building with notes that reverberated off the stones and mingled in the air with the beautiful light streaming in through the cathedral’s impressive stained glass windows.

Sadly, only the first of the four days is available for download due to technical issues with the recordings. Nevertheless, the concert presented here for the first time has a remarkable atmosphere and presence. 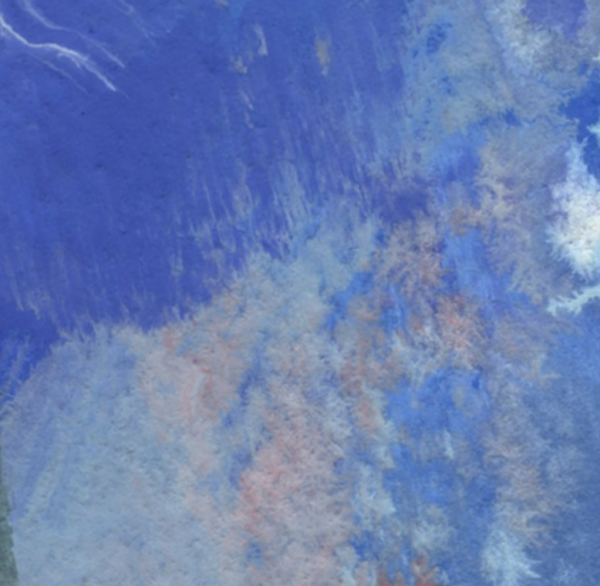 Although many people turned up specifically to listen to the ‘scapes, the vast bulk of the visitors to the cathedral were not quite prepared for the sounds awaiting them. Several members of staff were unhappy with the music, as indeed were some tourists, several of whom regarded the sight of the guitarist at work as an irresistible photo opportunity.

DGM team, Alex Mundy and Hugh O’Donnell were supporting the work each day in the cathedral. These are Hugh’s notes from the time:

June 2 Good day in the cathedral. Setting up Robert’s equipment in the morning with David and Alex and John from the speaker company. I returned the van which I had somehow managed to scratch. Then we collected Robert. 2.30 - 5.00. many intrusive flash bulbs going off.

June 3 We were all in a good mood but it was a difficult afternoon. Equipment not as Robert would like it. Far fewer fans, mostly locals and tourists. Visitor centre staff hating it and moaning. Very funny.

June 4  3rd day in the cathedral was good.

June 5 Highlight of the day were the special needs group who came to perform and play their percussion along with Robert’s soundscape.