This date in 1969 marks the official beginning of King Crimson with the start of rehearsals in the cramped basement of the Fulham Palace Cafe. Situated at 193 Fulham Palace Road, W6, the cafe was owned by George and Peter Calatychos who let out their basement as a rehearsal space. It had been found by Peter Sinfield, then the band's roadie and lighting person.

According to Ian McDonald's diary at around 7.30pm, Dik, Pete, Bob and Greg called round to his flat to come and shift the 'tron to the new rehearsal rooms on the Fulham Palace Road. Once they'd set everything up, McDonald's diary also reveals the band had a blow until just after 10.00 p.m.

It would be King Crimson's base of operations for the next two and a half years. 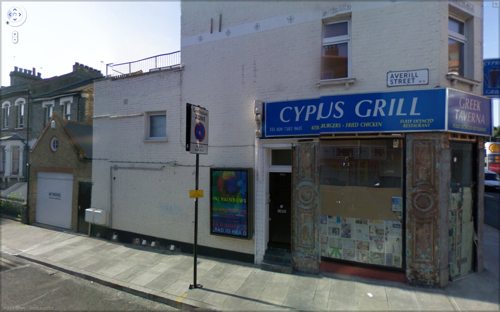 Here's how the cafe was looking in 2011 when I visited the location to take part in a Japanese TV documentary...

It's astonishing to think that a four piece band and all their gear used to fit into such a confined space. The same space was used by bands after King Crimson vacated the cafe in 1972 for several years. 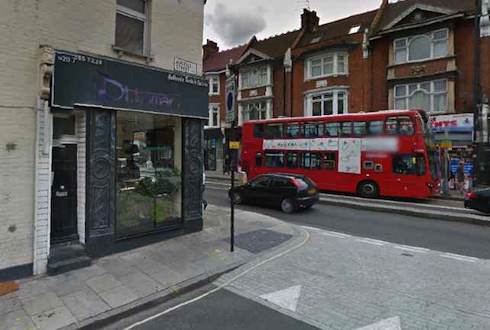