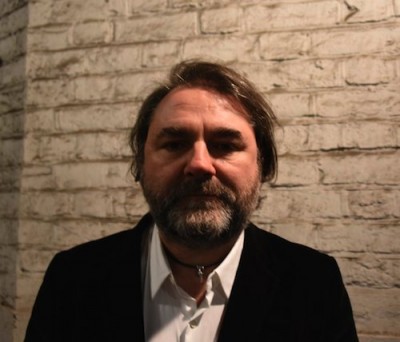 Robert Fripp has announced that drummer Jeremy Stacey will be replacing Bill Rieflin on the forthcoming 2016 tour starting in September. Writing in his updated diary, Fripp notes:

Bill Rieflin recently decided to take a sabbatical, a decision supported by all the Crimson Brothers. So, what to do with September performances already sold out?

Both Gavin and Jakko’s first thought was: call Jeremy Stacy. Jeremy grew up in the Bournemouth Scene, where I went to see both Stacy Brothers at Bumbles (a Bournemouth club) in 1981. Jeremy worked with Paul Holman in Wimborne, next door to the former Fripp World HQ. Bournemouth features large in the Crimson world of players: Michael Giles, Greg Lake, Robert Fripp, Gordon Haskell, Andy McCullough, John Wetton and now - Jeremy Stacey.

Jeremy grew up in Bournemouth in the 1960s, learnt drums, piano and recording technique with identical twin Paul Stacey, also a guitarist, keyboard player and producer.

Attended acting school at the London-based Drama Centre in his teens after appearing in adverts and TV series as a child actor.

Involved in the London Jazz scene from his twenties, including with Jason Rebello.

A member of The Lemon Trees with Guy Chambers in the 1990s.

Produced and recorded albums for Tim Garland (Chick Corea), Tom Baxter and Rob Bravery, learning from the New York Jazz scene, now taking a new direction.  Dismantling a substantial recording studio in 2015, currently returning to a simple digital set-up; and adopting a discipline to sit down and put together his own album.

Jeremy will be the Centre Drumson for KC’s Autumn 2016 Euro-touring.